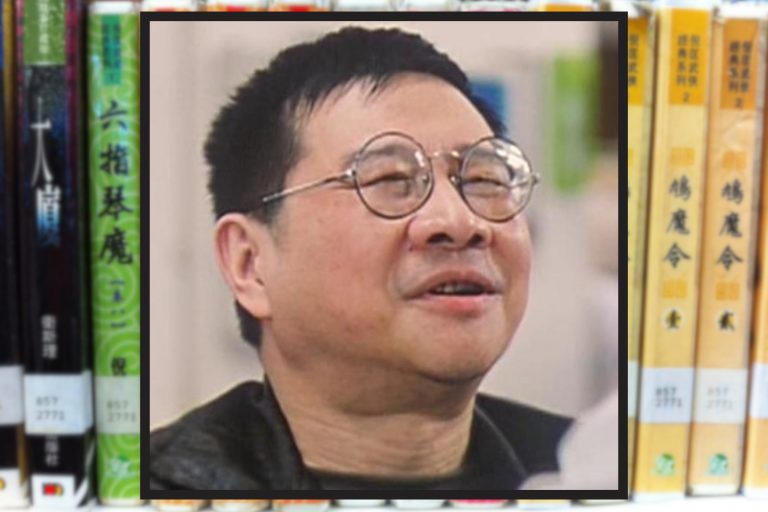 Author Ni Kuang had a deep understanding of the nature of the Chinese Communist Party and once said that for Chinese people, 'anti-communism is patriotism.' (Image via hkmdb.com)

Ni Kuang, a Hong Kong-based novelist, passed away on July 3, 2022, at the age of 87. His works are well-known and delve into a wide range of topics, especially in the Chinese world of science fiction. About 40 years ago, his novel Chasing the Dragon predicted the destruction of a “big city in the east.” The big city referred to in the novel turns out to be Hong Kong. Ni Kuang never believed in “one country, two systems” and once bluntly said that “anti-communism is patriotism.” Chinese people are all one nation.

Born in Shanghai to a family of intellectuals, he pursued his dreams at the age of 16. Embracing communism, he dropped out of school to apply for training at the East China People’s Revolution University. After three months of training, he became a security officer and participated in the land reform “fighting the landlords.” However, in the process, he gradually became awakened.

Due to the evil motives of the Chinese Communist Party (CCP), he himself had become the object of criticism. In 1956, his family members paid a human smuggler who successfully managed to smuggle Ni Kuang into Hong Kong. Ni Kuang started his writing career and became one of the “Four Great Literary Talents in Hong Kong,” along with Jin Yong, Huang Zhan, and Cai Lan.

Ni wrote a prodigious amount during his lifetime, and The Wesleyan Stories and The Legendary Ranger are his two most famous series of novels. In the past two years, as the CCP tightened its control over Hong Kong, the outside world became more and more interested in Ni Kuang’s novel Chasing the Dragon. It became more evident that the “big eastern city” that would be destroyed, as predicted and written in this novel, was pointing to Hong Kong.

Chasing the Dragon is the 60th novel in the Wesleyan anthology of science fiction novels by Ni Kuang, serialized in Ming Pao in 1983. The storyline of this novel is mainly about Kong Zhenquan, an astrologer who observed that the seven-colored stars in the east foretold a vision. It resembles a dragon swallowing something, and there is a big city in the east that will be hit by a catastrophic disaster. Wesley and others tried to prevent this disaster. They went through many twists and turns and tried their best to uncover some mysteries, but in the end, they fail to save this eastern metropolis.

The death of a big city

The novel ends with these meaningful words: “To destroy a big city, it does not have to be a natural disaster but it can even be a man-made disaster. A man-made disaster need not necessarily be a war. A few words and absurd acts of a few corrupt people can completely kill a big city. There would be no need to destroy the buildings of the big city, and there would be no need to kill any of the people in the big city. On the surface, the big city looks the same as before, but once the original purpose of the city has disappeared, it is destroyed and it is a dead city.”

Sino-British Joint Declaration on the future of Hong Kong

It is worth noting that in 1983, when the novel was written, the CCP high-level officials were actively negotiating with the British high-level officials on the transfer of sovereignty of Hong Kong. A year later, in 1984, the Chinese and British governments reached an agreement and issued the Sino-British Joint Declaration that the sovereignty of Hong Kong would officially be handed over to the Chinese government on July 1, 1997.

Ni Kuang had a deep understanding of the nature of the CCP. He was known for his “anti-communism” throughout his life. He once stated that he did not believe in “one country, two systems.” He also stated that “to love the country, you must be an anti-communist; and anti-communism is patriotism.”

It’s not the end

However, this novel is not the end, nor is it near the end of this once thriving city. The communist regime, by invading Hong Kong, has bitten off more than it can chew. It is often said that the source of all human freedom is courage, for without courage, freedom is just a dream. And for Hong Kong people, courage is contagious.