Pastel De Nata’s Rich and Creamy History: What’s So Special About It? 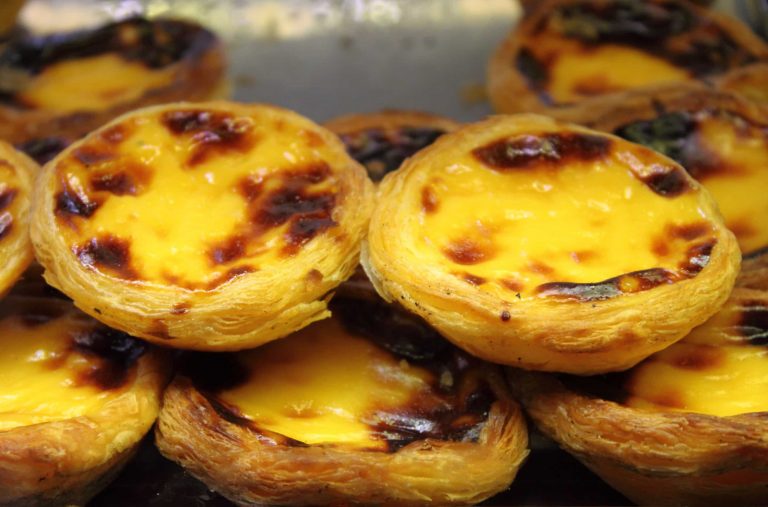 Every country has unique cuisine or food, and some make it famous. One example is the pastel de nata from Portugal. (Image: Alessandro0770 via Dreamstime)

Every country has unique cuisine or food, and some make it famous. One example is the pastel de nata from Portugal. Known for its lightness, sweeter, and less eggy taste, you’ll be saying delicioso or sabroso when you taste one. So read on and get ready to indulge in some deliciousness!

You might think that a baker invented the pastel de nata. But you’ll be surprised who was the person, or in this case, persons, that made the original recipe.

The monks at the Jerónimos Monastery at Santa Maria de Belem created the recipe for the famed pastel de nata. But why? What’s the reason behind the recipe? It’s equally surprising.

In the 18th century, monks starched nuns’ habits using egg whites. The process, however, left the monks with a surplus of yolks. As a result, they started making them into delectable, two-bite custard tarts to get rid of them.

Today, A Fábrica dos Pastéis de Belém claims to be the only location in Portugal providing the original recipe. Moreover, it’s close to the monastery where the monks created the tarts.

The pastel de nata or Portuguese custard tart (some say egg tart) goes well with espresso. In some parts of Portugal, it’s known as a bica or café. You can try a meia de leite or a galo if you prefer your coffee with more milk.

If you don’t drink coffee, you can pair it with tea or just a glass of milk. A fine tawny or LBV port also complements a pastel de nata well.

The Portuguese delicacy is a custard (or egg) tart with a crispy crust and an irresistible sweet flavor. There have been different takes on the original recipe, but they almost have the same ingredients. You need:

The pastry is very easy to make. First, you must make the dough with water, flour, and salt. Then, use a stand mixer to combine them until they form a soft, pillowy dough.

Second, make the custard. Whisk the flour and 1/4 cup milk until smooth. In a small saucepan, boil the sugar, cinnamon, and water and cook until 220°F (104°C). It’s a must not to stir the mixture. Meanwhile, scald the milk’s remains in a separate saucepan. Then, add the heated milk while whisking the mixture of flour.

After removing the cinnamon stick:

1. Add the sugar syrup to the heated milk and flour mixture while stirring vigorously.

2. Put vanilla and whisk for a minute when the mixture is warm, but not too hot.

3. Stir in the yolks after straining the mixture into a basin and covering it with plastic wrap. The custard should be slim, which is ideal.

Lastly, you assemble the pastel de nata. Cut and place the dough in a mini muffin pan. Fill each cup 3/4 full with chilled custard. For the mini-muffin tins, let the pastries bake for 8 to 9 minutes or until the dough edges are frilled and browned.

How do you serve a pastel de nata?

Portuguese custard tarts are frequently served with a sprinkle of cinnamon, powdered sugar, or both. But some bakeries sell them with neither of the two. Instead, they are best consumed warm within a few hours of baking when the custard is delightfully smooth and creamy, and while the crust is lovely and crunchy.

In the late 1980s, British chemist Andrew Stow recognized an opportunity to capitalize on a sudden inflow of Portuguese immigrants. However, since Stow’s tarts are creamier than their Portuguese counterparts, they have a distinctively British flavor that can offend purists.

What is the difference between an English and a Portuguese custard tart?

The English custard tart is made of crust pastry and sprinkled with nutmeg. But the Portuguese pastéis de nata is made of puff pastry and covered with cinnamon.

Pastel de nata is an excellent snack to munch on while walking the picturesque streets of Lisbon. But it’s more than just a pastry. Every bite is a taste of Portugal. In the words of the late Anthony Bourdain: “Meals make the society, hold the fabric together in lots of ways….”