The History and Evolution of the Smartphone 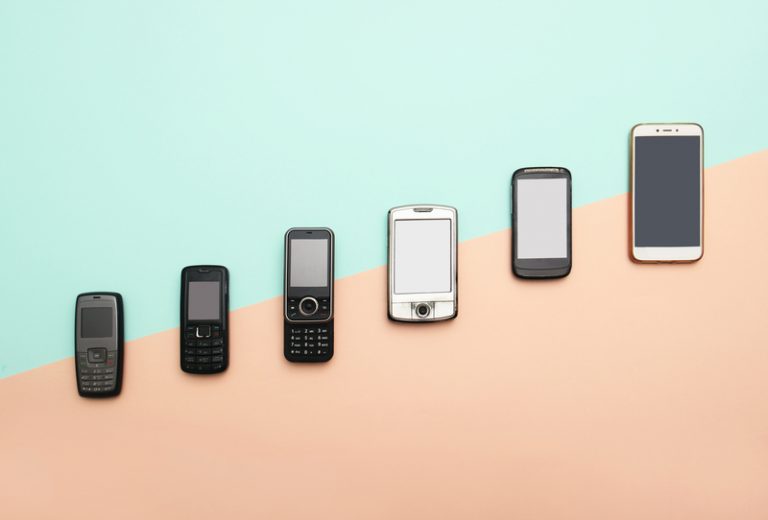 Wireless communication has gone through a lot of changes over the years, transitioning from the cell phones of yesterday to the smartphones of today. (Image: Luuuusa via Dreamstime)

Do you remember your first cell phone? It was probably a big, clunky thing that only made calls and maybe sent text messages. But now, you have a smartphone in your pocket. It’s something quite different from what we had in the past. They’re basically mini-computers that can do just about anything.

How did we get from there to here? Let’s explore the fascinating history and evolution of these devices!

Switching from mobile to smartphone

The creation of mobile phones was mainly for portability. They paved the way for connecting people wirelessly. However, others wanted more from the little tiny box they held in their hands, which is the reason for the birth of smartphones.

IBM invented the first smartphone, which was available for purchase in 1994. They called it the Simon Personal Communicator (SPC), and it had features like:

These features then became a standard for future smartphones. Also, the SPC introduced the touchscreen and was dubbed the “World’s First Smartphone.”

What was the first mobile phone invented?

Motorola created the first portable mobile phone in 1973. One of the company’s engineers, Martin Cooper, made the initial call using a DynaTAC 8000X. It was referred to as “0G” as the first experimental mobile network created to overcome landline-based telephones’ limitations. These 0G networks were exceedingly expensive and could only support a small number of calls.

Rivalry between Android and iOS

Fast forward to the 2000s, and the technology behind smartphones has become more advanced. It’s also when two mobile operating systems rose as the forerunners of the industry: iOS and Android.

iOS was the brainchild of Apple’s Steve Jobs. Global civilization has changed significantly since he unveiled the iPhone in 2007. The iPhone continues to be by far the most revolutionary development in the history of smartphones and personal communications.

However, Google entered the market by delivering Android, a free mobile operating system, at the end of 2007. It addressed the issue of non-iOS phones not connecting to the Internet.

In 2008, the first Android phone was made available. HTC’S G1 had limited touchscreen functionality, unlike the iPhone. But over the years, others like Samsung, Motorola, and Windows entered the fray with their Android smartphones.

What’s the difference between mobile and smartphone?

Although we frequently refer to both as mobile phones or use them interchangeably, the two phrases are actually different. You can make calls and send texts (and sometimes take photos) using both, but that’s where mobile phones end.

A smartphone includes several features, including Internet connectivity, downloading apps, and a camera (which is frequently better). You may then use your phone to respond to emails and immediately share photos with your friends.

Today’s devices enable users to perform a wide range of tasks other than what the SPC did. These include:

Also, artificial intelligence (AI) technology is slowly but surely making its way into smartphones. The technology enables features like controlling or accessing them through voice-activated prompts.

Another great thing about these devices nowadays is the full screens. There is no doubt that this feature gives them an exceptional screen display and breathtaking visual effects.

What is the impact of smartphones on our lives?

They have drastically altered the world, making them more advanced and modern. Their usage has improved communities and made life more comfortable for individuals worldwide.

The future of smartphones

Their future is very promising. Everyone has one, and people can’t wait for the newest model.

They are now much easier to incorporate into our daily lives and working environments, thanks to 5G. They are already being used to enhance your access to employment, leisure, public services, and healthcare. Future models might incorporate more AR and VR, resulting in more immersive online experiences. So better watch out!