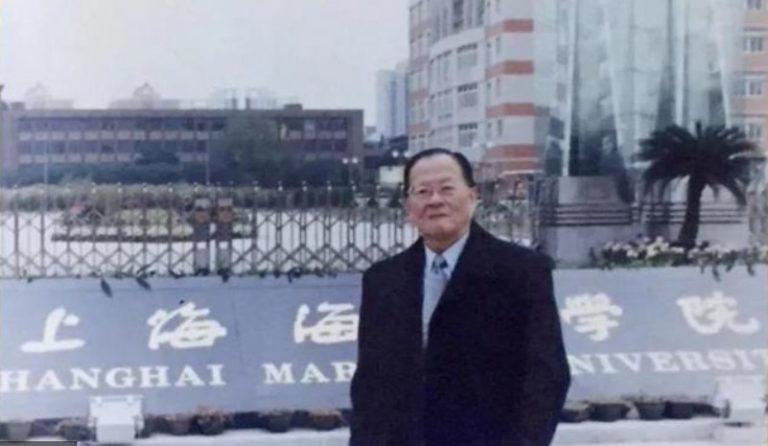 As a member of the Chinese delegation, Gao Wenbin participated in the Tokyo Trial. (Image: via Public Domain)

Following the end of World War II, there were two extended international trials of war criminals. One was the Tokyo Trial, and the other was the Nuremberg Trial in Germany. As a member of the Chinese delegation, Gao Wenbin participated in the Tokyo Trial.

Gao Wenbin made crucial contributions to bringing justice to war criminals. However, after the Chinese Communist Party (CCP) seized power, he was imprisoned and subjected to 27 years of continuous persecution.

The unique qualifications of Gao Wenbin

Born in 1922, Gao Wenbin was a native of Shanghai. He graduated from the Law School of Shanghai Soochow University in 1945. On August 15 of the same year, Japan surrendered. In November, the Allied International Prosecution Bureau was established for the International Military Tribunal for the Far East (IMTFE), also known as the Tokyo Trial.

Gao was hired for the critical mission

Soochow University law professor Liu Shifang recommended his best student, Gao Wenbin, for the mission. He was described as enthusiastic and excellent in English. After an interview and translation test, Gao Wenbin was appointed a member of the Chinese delegation.

Gao Wenbin recalled in the article The Tokyo Trial I Experienced that the Soviet delegation had more than 70 delegates, the U.S. delegation more than 100, and 112 defense lawyers for 28 Japanese Class A war criminals. On the other hand, the Chinese delegation only had 17 representatives.

Anglo-American system of ‘due process’ was adopted

The Anglo-American legal procedures adopted by IMTFE depended on whether the evidence presented by the prosecution was solid enough and whether it could be challenged by the other party and be accepted by the jury. In other words, the “due process” system was adopted whereby one was presumed innocent until proven guilty in a court of law.

Gao Wenbin served as the translator of the Chinese Prosecutor’s Office of the International Prosecution Bureau and as an assistant prosecutor and secretary of the Chinese prosecutor Xiang Zhejun. He was mainly responsible for preparing relevant materials for use in court trials and collating daily court trial records. In addition, he regularly worked late into the night to collect more evidence of Japanese Class A war crimes in China.

On November 4, 1948, the IMTFE officially announced its verdict, which was 1,212 pages long and was read for seven days. Twenty-eight war criminals were found guilty, including Hideki Tojo, who was executed; the others were sentenced to life or fixed-term imprisonment.

The 17 Chinese representatives did their best to bring justice to the country. Therefore, they should have been given the due respect of heroes that they deserved. But unfortunately, this was not the case.

Targeted by the Chinese Communist Party

After the CCP occupied Shanghai in 1949, Gao Wenbin, a Kuomintang (KMT) member, was intensively “rehabilitated and reformed” and then assigned to work in the Fourth Section of the Shanghai Foreign Affairs Office.

In 1952, the CCP launched the “Three Antis” and “Five Antis” campaigns. Then, Guo Wenbin was accused of being a “KMT agent lurking in Shanghai” and charged with “stealing confidential information from the Ministry of Foreign Affairs for KMT agents.”

Gao Wenbin said in an interview with Xinmin Weekly in 2007 that he was a “big tiger” who was caught and accused of stealing money. When the investigators searched his home, they found no evidence to support their accusation.

However, the CCP said that he was “dishonest” and “even if there was no evidence, I was a political liability.” In the end, Gao Wenbin was sentenced to 10 years imprisonment.

Subjected to torture and psychological abuse

Gao Wenbin was detained in Shanghai for more than a year; in 1953, he was sent to a farm in northern Jiangsu for re-education. He was finally transferred to Yongqiao Farm in central Jiangxi, where he was subjected to torture and psychological abuse.

Based on the terms of his sentence, Gao Wenbin should have been released in 1962, but the CCP would not let him go after the penalty expired. He was forced to “stay” at Yongqiao Farm and became a junior high school English teacher.

Gao Wenbin petitioned the Central Committee of the CCP and the Ministry of Foreign Affairs for his release. Finally, in the early 1980s, his unjust case was vindicated.

Following the Tokyo Trial and convictions of the World War II perpetrators, Gao Wenbin should have been acclaimed as a hero of the Chinese people. Instead, he was tortured and humiliated.