Do You Know About the 20-Sided Icosahedron Dice Used in Ancient Rome? 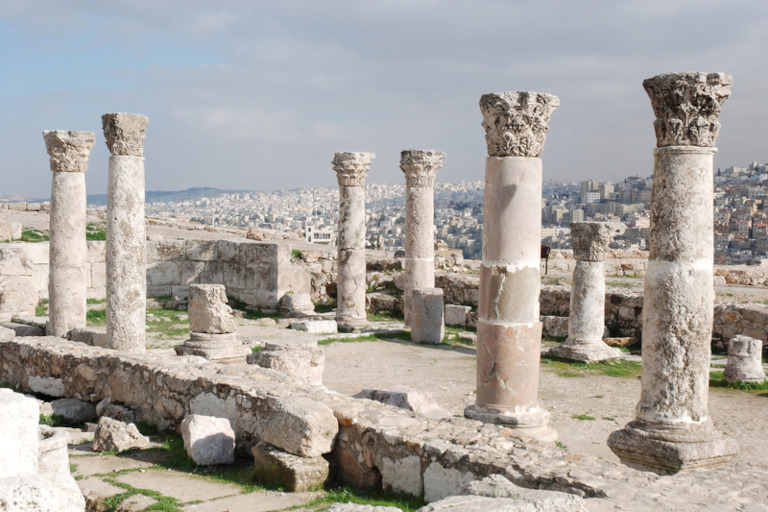 Ruins from the ancient Roman empire can be found all over the world, but there's a good chance you've never heard of the 20-sided icosahedron dice used back then. (Image: Ghm Meuffels via Dreamstime)

There’s a good chance you’ve never heard of the 20-sided icosahedron dice used in ancient Rome. But don’t worry, because you’ll learn all about them! These unique dice are shrouded in mystery and fascination. So if you’re curious about ancient Rome or just love playing dice games, read on!

An icosahedron is one of the five platonic solids having equilateral triangle faces. The icosahedron has 12 vertices, 30 edges, and 20 faces. Among all platonic solids, it is the shape with the highest volume for its surface area and most faces.

What is the difference between a dodecahedron and an icosahedron?

Not all of us know what comes after decahedron. That’s why there’s a bit of confusion between a dodecahedron and an icosahedron. Generally, a dodecahedron has pentagonal faces. Additionally, it contains 30 edges and 20 vertices; at every vertex, three faces meet each other.

The 6-faced die is usually the standard of polyhedral dice. However, the die begins to resemble a spherical shape as the number of sides rises. The icosahedron die is the most well-known of the Greek and Roman dice in most archeological records.

Usually, a Roman icosahedron die is made from bone and ivory. But some could be made of bronze, rock crystal, glass, alabaster, onyx, marble, or amber.

Like its modern variation, ancient Romans put writings on each side of the 20-sided die. One of the most well-kept of all Roman 20-sided icosahedron dice is found in the Louvre.

What are the oldest known dice?

The 2 bones dice discovered in the Skara Brae Neolithic Village in Orkney are the oldest known dice. Inhabitants of the area put different patterns on them such as notches, grooves, and dots. It is believed that they were used between 3100 and 2400 B.C. However, there’s no evidence why they were made or how they were used.

A limited number of ancient records tell us what the 20-sided icosahedron dice are used for. But one great example is the Homeromanteion. The book is a Greek oracle book written sometime between the second and third centuries.

Additionally, the book narrated that these dice were employed in combination with manuals on divination. Romans used them in casting lots to determine a number that oracles could use to search up pre-written queries and answers.

Cubical dice with marks nearly identical to those of modern ones have been discovered in Egyptian tombs from 2000 B.C. There was also evidence that cube dice were used in ancient China from 600 B.C.

It’s fascinating that a small and menial thing has such a rich (and mysterious) history. And so, what originally started as a way to communicate with the gods is still widely used today. But today, they are mainly reserved for gambling and games like Dungeons and Dragons.