Wisdom of the Ancients: ‘Ugly Women’ 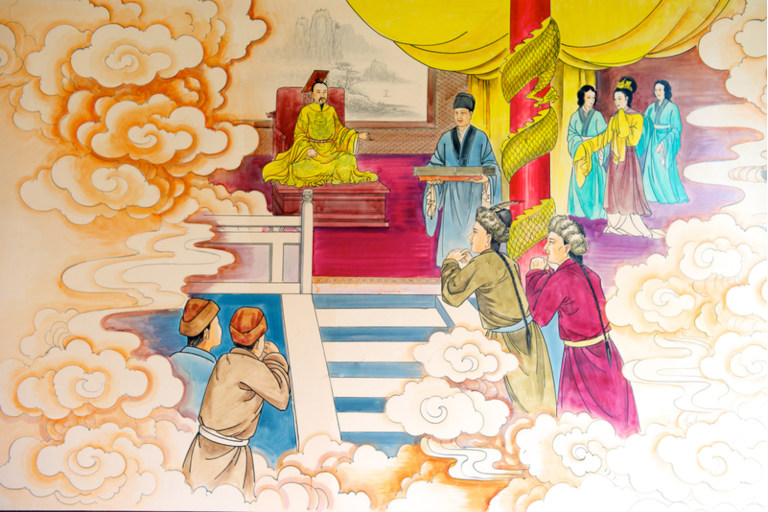 For the ancient Chinese, virtue was far more important than beauty as can be seen from the stories of China's four famous 'ugly women.' (Image: Tangducminh via Dreamstime)

In today’s world of instant beauty fixes, Instagram posts, and social media influencers, it is easy to forget that beauty is in the eye of the beholder. While some think that contouring makeup and padded underwear make a woman beautiful by current standards, the ancient Chinese people had other ideas, and “ugly women” were not shunned.

Today, we are introduced to four famous “ugly women” whose virtues meant they were chosen for their abilities. Their plain looks didn’t leave them unmarried and lonely for life. On the contrary, they married well because of their capability, goodness, wisdom, and discernment.

4 ‘ugly women’ with high virtue, the best-known being ‘Mo Mu’

The Yellow Emperor chose his wife by not judging her appearance. He said: “Those who think highly of beauty rather than character are not genuinely beautiful, and those who go for virtue, but not appearance, are virtuous.”

So he specially selected Mo Mu as his wife, who was noble in character and tender in temperament, despite her displeasing countenance. The Yellow Emperor was the first ancestor of the Chinese people. Legend has it that the Yellow Emperor defeating Yandi was attributed to Mo Mu’s assistance and wisdom behind the scenes.

People often use “looking like Wuyan” to describe an ugly woman. “Wuyan” refers to Zhong Lichun, an unpleasant-looking girl in Wuyan County, Qi State, during the Warring States Period. However, this particular woman was talented, had great wisdom, and cared about state affairs.

Zhong Lichun called upon King Xuan of Qi and advocated that he: “Demolish the amphitheater, withdraw the female orchestra, reject flattery, encourage forthright speech, strengthen the army, and enrich the treasury.” King Xuan was deeply moved and crowned her as his Queen. From then on, the state of Qi became stable.

The idiom “husband and wife treating each other with courtesy” tells the story of Meng Guang, the wife of Liang Hong, a sage of the Eastern Han Dynasty. She lifted the tray level with her eyebrows to serve food every time to show great respect for her husband.

Meng was virtuous, but hideous looking, being unflatteringly described as “incomparably rough,” “fat, ugly, and black,” and capable of “lifting a stone mortar.” Before her marriage, someone else was arranged for her to marry, but she never agreed and said: “I shall marry Liang Hong,” who was well-known, cultured, talented, refined, and handsome at the time. Many dignitaries and famous families wanted to recruit him as their son-in-law. But Liang took a fancy to Meng’s character and decisively married her.

The day after the wedding, Meng took off her beautiful bridal dress, put on rough clothes, and took care of the housework. Afterward, she followed Liang to live in solitude on the Baling Mountain, where they lived a poor and harmonious life, with men plowing and women weaving, reciting poems, and playing musical instruments.

Liang Hong didn’t miss out and, together with his wife, created a story passed down through the ages where “husband and wife respect each other like a guest.”

Xu Yun of Eastern Jin married Ruan Dewei’s daughter, who had great wisdom. Upon seeing the bride’s ugly face on the wedding night, Xu instantly ran out of the bridal chamber and refused to enter again.

Later, Xu’s friend Huan Fan visited and told him: “There must be a reason for the Ruan family marrying you together with a bad-looking daughter. So you should speak to her about it.” Listening to Huan’s words, Xu stepped back into the bridal chamber. However, as soon as he saw his wife’s appearance again, he was about to slip away, but his wife grabbed him.

While struggling, Xu asked her: “In the four feminine virtues, chastity, modesty in speech, neatness of appearance, and good needlework and cooking, how many do you meet?” Unexpectedly, his wife replied directly: “What I lack is just beauty. But in the one hundred righteous behaviors of the scholar, how many do you have?” Xu replied: “I have all of them.” His wife said again: “The most important one among them is virtue. But you go for a woman’s appearance instead of virtue. How can you say you have them all?”

Her wisdom made Xu speechless. From then on, the couple respected and loved each other, and their relationship was harmonious.