The Biggest Birds in the World 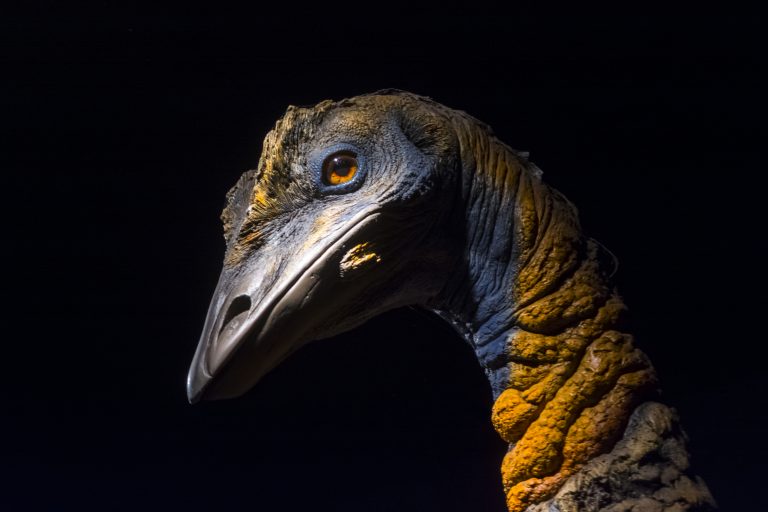 Birds are pretty fascinating creatures, and they come in such wide varieties. From a small species like a hummingbird that can fit in your pals to mighty eagles with huge wingspans, the variety of avian species can be mind-blowing.

Some bird species tend to be large-sized, and that includes some of the predatory birds. However, determining the biggest bird in the world can be daunting. In this context, you must separate flightless from flying birds. Nevertheless, from time to time, archaeologists have unearthed fossils of prehistoric era birds that were truly gigantic in proportion.

Albert Sanders and James Malcom discovered the fossil of an ancient-era gigantic bird. Malcom oversaw the work on a new terminal at the Charleston International Airport in 1983, while Albert Sanders, the former curator of natural history at Charleston Museum, led the excavation.

While excavating, workers found remains of a huge-sized bird that went extinct as the region was a prehistoric seabed around 25 million years ago. They found a skull, along with legs and wings. Noted paleontologist David Ksepka analyzed the fossil in 2014 and named it Pelagornis sandersi. The bird is named after Albert Sanders.

It sits at the Charleston Museum, where it was identified as a new species by Dan Ksepka in 2014. Though no feathers survived, Ksepka extrapolated the mass, wingspan, and wing shape from the fossilized bones and fed them into a computer to estimate how the bird might fly. A conservative estimate puts the wingspan around 6.4 m (21 ft). However, the bird was pretty lightweight for its size, weighing just 41 kg (90 lb).

Another contender for the title of the largest bird species is Argentavis magnificens, a colossal bird inhabiting the Andes Mountains 6 million years ago. Unfortunately, there are no complete fossils, but paleontologists have assumed the bird had a wingspan of 8 m (26 ft) and weighed around 68 kg (150 lb).

You will find some contenders for the enormous size when it comes to large flightless birds. Three families seem fit for this designation — Aepyornithidaes or elephant birds, Phorusrhacidaes or terror birds, and Dromornithidaes or thunderbirds.

These have been extinct since at least the 17th century. Étienne de Flacourt, a French governor of Madagascar in the 1640s and 1650s, mentioned an ostrich-like bird said to inhabit unpopulated regions. Marco Polo also mentioned hearing stories of large birds during his journey to the East in the late 13th century. These accounts are today believed to describe elephant birds.

These are an extinct clade of large carnivorous flightless avians that were one of the largest species of predators in South America during the Cenozoic era from 62 to 1.8 million years ago. They ranged in height from 1 to 3 m (3 to 10 ft). Terror birds are related to the modern seriema, a relative of parrots, falcons, and passerines.

They called forests their home, likely lying in wait to ambush the many small mammals that proliferated in South America after the fall of the dinosaurs. But their skulls probably weren’t strong enough to tackle large prey, biomechanical studies have shown. Their massively developed legs would have been more than capable of chasing down small animals as they were highly nimble, swift predators, hitting speeds of perhaps 30 mph.

Until around 45,000 years ago, Australia was home to a fearsomely giant bird weighing roughly 230 kg (507 lb) – almost six times as much as an emu — and standing 2 m (6.6 ft) tall. This giant is from a unique group of Australian flightless birds called thunderbirds. And then, along with many of Australia’s other “megafaunal” species, it disappeared for reasons that remain debated.

Fossils of thunderbirds are mainly found at the famous South Australian fossil site of Lake Callabonna, which was first studied in 1893. This site preserves hundreds of megafaunal fossils in the same location and, in many cases, the same body position in which they died after becoming stuck in the muddy lake bed.

Why they all died out

The evolutionary picture is still incomplete, but evidence suggests that the prehistoric era birds grew so large because they primarily lived on islands without predators. This is what scientists refer to as island gigantism. However, after the arrival of predators such as bears and saber-toothed cats, they all eventually became extinct.

Scientists and paleontologists also think the ancestors of humans played a role in wiping out flightless bird species from the planet.