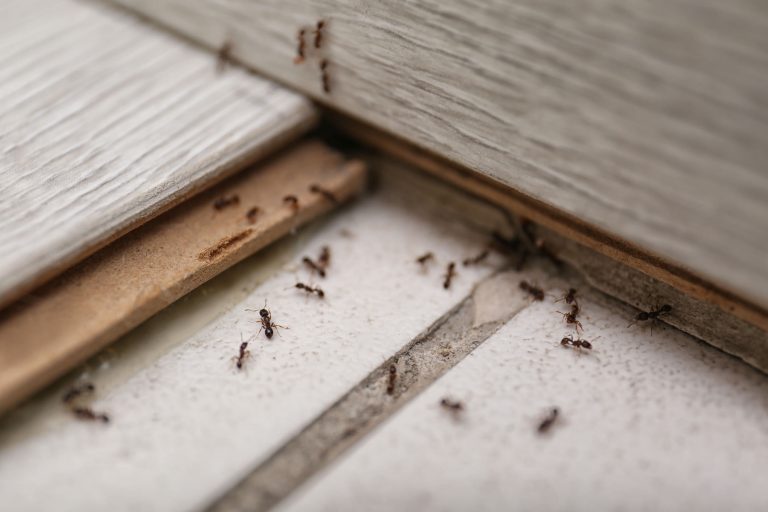 You may start seeing ants in your home when the weather heats up. Although it’s easy to see them as a nuisance and treat them as a pest, they are believed to have originated at the end of the Mesozoic Era, in a time known as the Cretaceous, some 145 to 66 million years ago.

According to author Dennis R. Dean in his 1999 book Gideon Mantell and the Discovery of Dinosaurs, this geological period was known as the Age of Reptiles and the Age of Conifers.

In defense of ants

Picture the prehistoric ants in the forests becoming food for the reptiles and using the fallen conifer trees as food and bedding to grow their ant colonies. Traditionally, ants and other insects are part of the food chain as the biome of Mother Nature, where they pollinate flowers and plants and feed the next layer of the chain.

Fast forward to the modern day and ants still provide their services as scavengers of dead wood and feed birds and other animals.

Writing in defense of ants, the Horticulture and Home Pest News publication of the Iowa State University says: “Ants move approximately the same amount of soil as earthworms, loosening the soil in the process and increasing air and water movement into the ground. They keep the ecosystem clean of dead insect carcasses and aid in the destruction and decomposition of plant and animal matter.”

However, humans have mostly lost touch with nature and often reach for insect spray to kill them off. Yet, with natural resources at a premium due to disasters such as wildfires, drought, and land erosion, could there be another way to stop ants from entering your home, while respecting their prehistoric status and role in biodiversity? After all, pesticides affect the air and earth and could also be toxic to children and pets.

We will look at several natural ways to stop ants from entering your home where possible. But first, identify how they are getting into your home and plug the gaps before using the following humane ant repellents.

Ants are looking for food sources in your home, attracted by the odors from crumbs or food left out on work surfaces. So the first step to breaking the cycle is to vacuum your home thoroughly, remove all visible food, pick up pet food bowls, and wash every surface with a 50/50 vinegar and water solution to remove pheromones left by other visiting ants.

The vinegar odor evaporates quickly. Don’t use vinegar on marble or granite work surfaces, though, as it attacks the stone, so use an alternative recommended by your installer.

Ants do not like the fragrance of citrus peel, and the active ingredient is d-Limonene. There are various proprietary brands available; look for ones with the fewest ingredients to protect your household members. Be aware of the flammable nature of alcohol on the list. Why not make your own with natural oil of orange drops in water and spray in the areas where you have seen ants?

Ants dislike the scent of mint and will avoid it where possible. Use a mint tea bag to make a strong infusion and soak a cloth with the liquid. Or use mint oil drops in a water spray as above. Wipe down the areas that they have used to enter your home (if you have not yet blocked them off). But please remember that mint is toxic to pets.

The rationale is that the powder breaks the pheromone trail. According to the book Dan’s Practical Guide to Least Toxic Home Pest Control, author Dan Stein believes that ants avoid talc because it affects their antennae and airways, suffocating them, so they steer clear. Another option is diatomaceous earth, which is a desiccant. This is effective against larger ant species.

All of the above dehydrate ants and this is why they instinctively avoid them. A thick line one-half-inch to 2 inches wide should do the trick because they will not cross it.

These methods, which can also include coffee grounds in place of talc, ground cinnamon, or salt and pepper, are also effective against other insects, such as cockroaches.