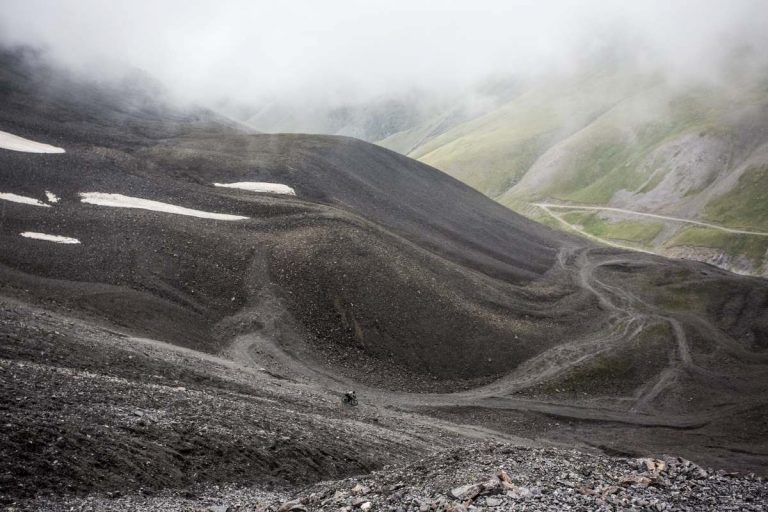 Mountain biking is an exciting adventure sport. Thousands of biking enthusiasts participate in challenging races covering wild and rough routes in various parts of the world every year. The Atlas Mountain Race of Morocco is deemed a tough challenge. However, the Silk Road Mountain Race is the most strenuous and tedious mountain bike race in the world and it takes place in Kyrgyzstan, a mountainous, landlocked country in Central Asia.

The Silk Road Mountain Race transverses unforgiving mountains and extreme weather, which take a toll on the bikers, leaving many injured and exasperated. The race was started in 2018 by Nelson Trees, a two-time Transcontinental Race finisher and long-distance touring veteran.

“The Silk Road Mountain Race is a fixed route, unsupported, single-stage cycling race through the mountains of Kyrgyzstan. The clock does not stop and there are no prizes. It follows gravel, single and double track and old soviet roads that have long been forgotten and fallen into disrepair. There is very little tarmac. There is some walking, and at times there is great distances between resupply points.” – Silk Road Mountain Race

Sofiane Sehili, a French racer, won the Atlas Mountain Race in 2020, but the Kyrgyzstan biking race proved to be too challenging for him. Nevertheless, he completed the Silk Road Mountain Race in 2021 and emerged the winner. He was given beer and a traditional embroidered Kyrgyz hat for this feat.

There was no shiny trophy or cash prize for the winner. However, it is the hardships that motivate the majority of racers. They are the best of the best and come from all four corners of the world to tame this challenging terrain. The yearly event takes place in August, and this year it takes place from the 12th to the 27th.

The Silk Road Mountain Race requires the participants to cover 1,180 miles (1,900 km) across challenging mountain terrains in Kyrgyzstan. The change in altitude and climate is steep and harsh. The hurdles are many along the way. The path is barren, and there is no human habitat. However, there are resupply points for water and food along the route.

Some villages are along the route, but the rest of the course goes through a sterile environment with scarce resources. So the racers must rely on their skill, willpower, and presence of mind to cope with the various hurdles. Only a third of the 100 international competitors that set off on the inaugural event in August 2018 finished.

Terek Pass: A route once used by Marco Polo and Genghis Khan

While the bike route is challenging, it is known for its historical and cultural significance. The participants must cross Terek Pass, with an elevation of over 12,700 feet. It was struck by globetrotters like Marco Polo and monarchs like Genghis Khan and his Mongol army.

The route is covered with sharp rocks, often damaging the bikes and tires. Ultra distance cyclist Levente Bagoly had to leave midway after his bike tires were too damaged, and he started experiencing health issues. He eventually quit the 2021 race, but vowed to return this year.

Bikers experience hurdles posed by extreme weather along the way. Snowstorms, in particular, make it hard to proceed, and tackling through them can be dangerous. However, the rapidly changing mountain weather is the biggest menace to cyclists as it is unpredictable.

The last point in the race is Tash Rabat; to reach it, one needs to cross a stretch of 18 miles of barren land. The uneven gravel road takes a toll on the body. Sometimes, the road is so steep that bikers must carry their bikes. Unfortunately, the descent is just as treacherous, and hard braking can lead to severe accidents.

Most racers depend upon their will to overcome injuries and damaged bikes. Canada’s Jenny Tough is an example as she was hit by a major thunderstorm and mudslides mid-race, yet she kept going. Czech Republic’s Martin Písačka had to complete the last part of the route by walking in shoes from a local villager as his own were in shreds.

Písačka said after completing the race: “I know that this sport is a selfish endeavor. However, when in the mountains, my mind is at ease. I do not think about anything else but race, food, and shelter. Life becomes much simpler. In those moments, the views are perfect, the people I meet are perfect, and every day is the best day.”