A New Connection Between Topology and Quantum Entanglement 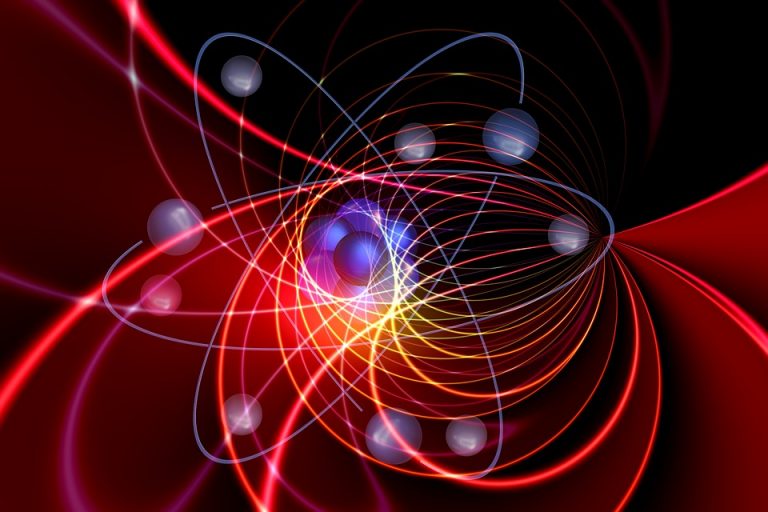 Topology and entanglement are two powerful principles for characterizing the structure of complex quantum states. In a new paper in the journal Physical Review X, researchers from the University of Pennsylvania established a relationship between the two. Charles Kane, the Christopher H. Browne Distinguished Professor of Physics in Penn’s School of Arts & Sciences, said:

“Our work ties two big ideas together, it’s a conceptual link between topology, which is a way of characterizing the universal features that quantum states have, and entanglement, which is a way in which quantum states can exhibit non-local correlations, where something that happens in one point in space is correlated with something that happens in another part in space. What we’ve found is a situation where those concepts are tightly intertwined.”

The seed for exploring this connection came during the long hours Kane spent in his home office during the pandemic, pondering new ideas. One train of thought had him envisioning the classic textbook image of the Fermi surface of copper, which represents the metal’s potential electron energies. It’s a picture every physics student sees, and one with which Kane was highly familiar. Kane said:

“Of course, I learned about that picture back in the 1980s but had never thought about it as describing a topological surface.”

A classic way of thinking about topological surfaces, says Kane, is to consider the difference between a donut and a sphere. What’s the difference? A single hole. Topology considers these generalizable properties of a surface, which are not changed by deformation. Under this principle, a coffee cup and a donut would have the same topological property. Considering the Fermi surface of copper as a topological object, then, the associated number of holes it possesses is four, a figure that is also known as a genus.

Mutual information characterizes the correlations that can occur in disparate regions of space that meet at a single point. A number known as the Euler characteristic, which is closely related to the genus, provided the precise connection between the two. The researchers established that the relationship between topology and entanglement held in a simple metal system, with electrons moving independently of one another, then extended their analysis to show that the connection was also present even when electrons interacted with greater complexity.

And while the theoretical work was done on metals, Kane believes it will extend to other materials as well, such as those that involve very strong interactions between electrons, saying:

“What this may allow us to do is devise new ways of thinking about phases of matter that we don’t understand very well and don’t have as many tools for exploring. People are trying to figure out how to leverage quantum mechanics to take advantage of quantum information. In order to do that, you have to understand how quantum mechanics manifests itself when you have many degrees of freedom. That’s a very hard problem, and this work is nudging us along in that direction.”

In follow-up work, Kane and his colleagues hope to design experiments that continue to explore the newfound link, perhaps devising a new technique to measure the topological genus and a way to probe the structure of quantum entanglement.

Provided by University of Pennsylvania [Note: Materials may be edited for content and length.]