What Are the Cultural Connotations of a Traditional Chinese Wedding? – Part 2 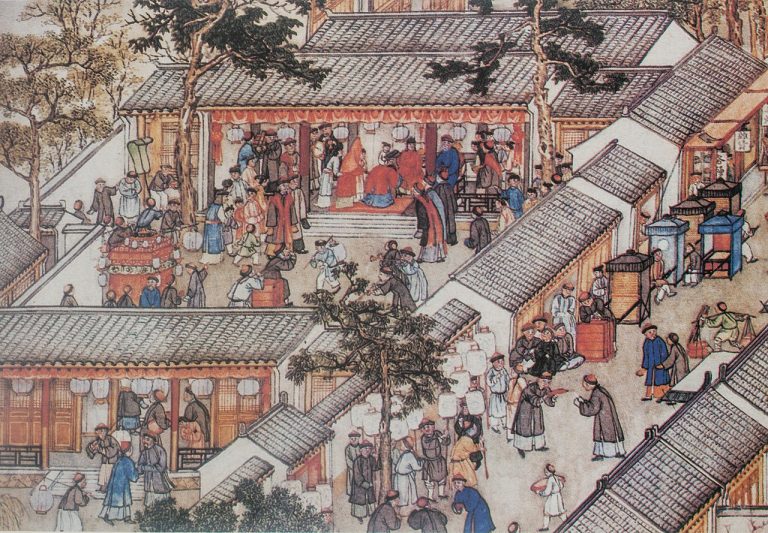 Getting married is the most significant event in life for everyone. Yet, despite this, many Chinese people have long forgotten traditional wedding customs. So what are the cultural connotations of a traditional Chinese wedding?

After the cultural rituals of the Western Zhou and Zhou dynasties were established, there was a set of fixed procedures established for Chinese weddings. These protocols are known as the “six rituals.”

The man likes a woman from a particular family, and the man’s family sends a matchmaker to visit the woman’s family to propose marriage. The matchmaker first explained the situation and asked for advice. After knowing the purpose of the visit, in normal circumstances, the woman’s family would humbly say: “My daughter may not be worthy of your son.”

2. Requesting the surname of the woman’s mother

After preliminary acceptance, the matchmaker would ask for the surname of the woman’s mother, where her ancestors were from, and which surname they took. The purpose was to find out whether the woman and the man are related by blood to avoid a same-surname marriage.

It was believed that marriage with the same surname would lead the children and grandchildren unable to prosper. At the same time, this was also to confirm whether the birth date of the prospective bride was compatible with the man.

3. Requesting the eight birth characters of the woman

The third step was to ascertain whether or not the names and horoscopes of the woman and man matched. If they did, the woman’s family would be informed accordingly.

In the pre-Qin period, the betrothal gift was straightforward, consisting of five silk fabrics and two deerskins. However, the gifts sent by later generations gradually increased in value and volume.

5. Choosing an auspicious date for the wedding

The fifth step was choosing the auspicious date for the wedding. After the woman’s family accepted the betrothal gift, the man proceeded to choose the wedding date, which was selected through divination. Marriage is a matter that involves two parties, so after the date was determined, the man’s family would send a messenger to the woman’s family to inform them of the date and obtain the consent of the other party as a form of respect.

The sixth or the final step was “welcoming in person,” which was the ceremony for the groom to fetch the bride. It is now called “welcoming relatives” and is the core ceremony of the “six rituals.”   After the groom arrived at the bride’s house, the bride’s father went out to greet him, and then the groom formally greeted both parents-in-law. Afterward, the bride left the house with the groom to his home, and the wedding party followed.

After that, they bowed to each other, which bound the relationship for life, and from then on, they would have to respect and support each other. This ended the ceremony signifying that both husband and wife would “hold the hand of the son and grow old with the son.”

At the wedding ceremony, the newlyweds had their first meal together. In ancient times, when they lived under the same roof with their parents, it was a divided meal system whereby each person had one portion of the food and ate on their own.

However, on the wedding day, the husband and wife shared their food, which consisted of three dishes: fish meat, suckling pig, and rabbit meat. Why did they have to eat the same food on this day? It signified that after the wedding, they were one family.

On the second day of the wedding, the bride paid her respect to her new in-laws, indicating that the bride had been accepted as a family member. After paying respect, the mother-in-law may hand over the house keys to the daughter-in-law to become the new head of the household.

A wedding is a significant event in life. In ancient times, people held very grand wedding ceremonies to show the importance of marriage by following rituals and etiquettes to signify that the girl had been formally married and recognized as the rightful wife.

In traditional Chinese culture, marriage was very sacred, so the rituals and etiquettes carried corresponding cultural connotations. Traditionally, a wedding incorporating all the “six rituals” was considered a complete wedding.