The Best Foods for Lung Care in Autumn 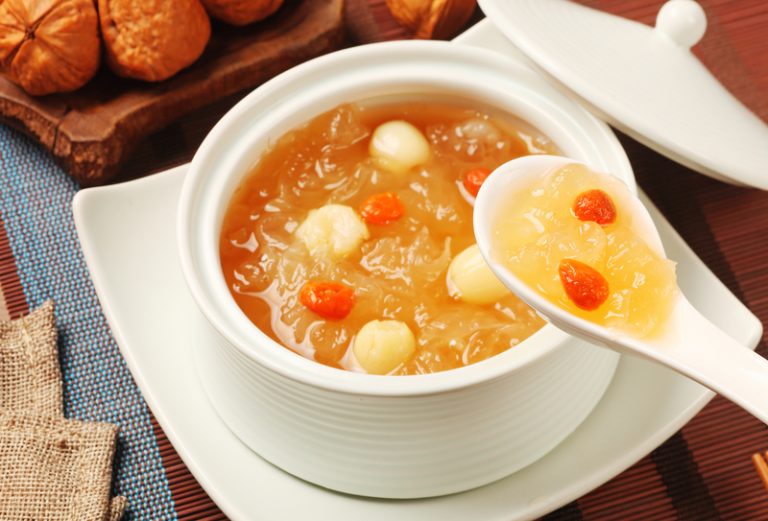 According to the Chinese Lunar calendar, autumn has arrived, and it won’t be too long before the weather will start getting cooler. The five elements theory in traditional Chinese medicine posits that autumn is closely related to your lungs, and the focus of your health at this time of the year should be on adequate lung care. The lungs are in charge of your respiratory system, which includes the breathing of your skin, making autumn a good time to take care of your skin.

Autumn relates to the metal element in nature that corresponds to dryness; people tend to cough more and their skin becomes dry in autumn. Eating more fruits and vegetables with a sour taste can help reduce dryness. At the same time, the lungs correspond to the white color of the five elements, so eating white foods can also nourish the lungs.

White radish is sweet and pungent. It is rich in vitamins and has the effect of clearing heat and detoxifying. Eating it raw causes gas, while eating it cooked reduces the gas.

The Asian pear is also a white food. It is good for treating coughs. Steamed pear with rock sugar is a dish recommended by well-known traditional Chinese medical doctor Naiwen Hu. Steamed pear not only nourishes and moistens the lungs, but it also has the effect of reducing phlegm.

Lily bud is good for nourishing the lungs and improving the skin. It can clear heat and relieve dryness, as well as have a sedative and hypnotic effect.

As the saying goes: “The lotus is a treasure in all of its parts, yet autumn root is the most beneficial to health.” Eating more lotus root during autumn can nourish yin energy, clear heat, moisten dryness, quench thirst, and clear and calm the mind.

Snow fungus contains gelatin, which makes it the best food for moisturizing the skin. It also nourishes and moisturizes the lungs and is good for cough and constipation.

According to the classic Materia Medica, honey has five main effects — clearing heat, tonifying the spleen and stomach, detoxifying, moistening, and relieving pain.

Other foods for autumn

In addition to white foods, the following foods are also recommended for the beginning of autumn as passed on by the ancient Chinese.

According to traditional Chinese medicine, an eggplant is cold in nature. It is non-toxic and has the effect of clearing heat, stopping bleeding, reducing swelling, and relieving pain. Right now is the time between summer and autumn. With the summer heat still lingering, the heat-clearing eggplant is especially suitable for this time of year.

Watermelon can stimulate the appetite, help digestion, quench thirst, and remove heat. It is also a diuretic, helps metabolism, and nourishes the body. Eating watermelon at the beginning of autumn can clear the summer heat and help prevent diarrhea.

After a hot summer, the weather now turns cooler. Eating stewed meat can replenish calories and strengthen the body’s immunity.

Longan has a warming effect and is a good tonic for people with allergic conditions, cold extremities, anemia, insomnia, and those who suffer from forgetfulness.