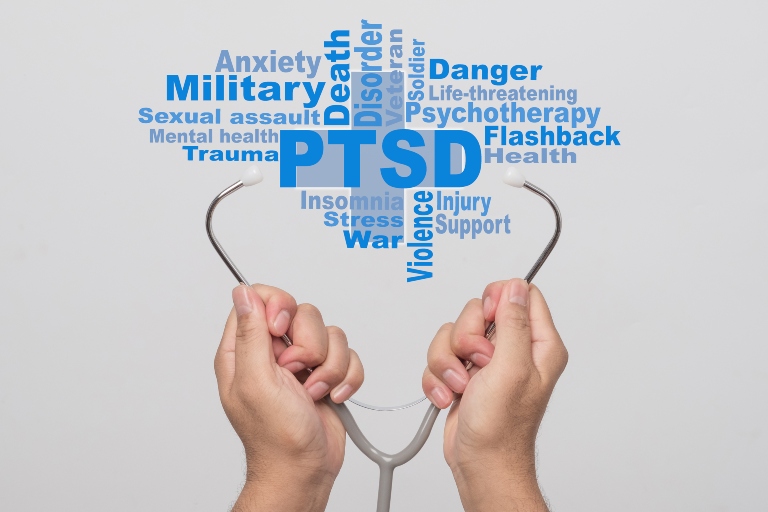 Post-traumatic stress disorder (PTSD) is an anxiety disorder that can occur following the experience or witnessing of a traumatic event. People who develop PTSD are often affected by nightmares, flashbacks, and emotional numbing. The symptoms are as varied as the situations that cause them.

Regardless of the causes, PTSD can have a devastating impact on the lives of its victims. The good news is that with proper treatment, including therapy and medication, it is possible to overcome PTSD. This article will give you an overview of the disorder and explain how it may be treated.

Post-traumatic stress disorder (PTSD), or post-traumatic stress syndrome (PTSS), is a psychiatric condition that can develop after exposure to a traumatic event or the threat of danger. It is a complex psychological response to a traumatic event, which includes the symptoms of re-experiencing the trauma, avoidance or numbing of emotions, and hyperarousal. This can happen on one or a combination of several levels.

The most common causes of PTSD are military combat, physical assault, and accidents. Still, it can also be triggered by seeing a loved one hurt or killed in an accident, witnessing violent crimes such as domestic violence, or a natural disaster. In addition, more than 20 percent of people who experience PTSD will also develop significant depression at some point in their lives, often co-occurring with the disorder.

How does PTSD develop?

PTSD occurs when you experience too much stress in a situation. Even though the danger has passed, your nervous system is “stuck,” unable to return to its normal state of balance, and you’re unable to move on from the event. Recovering from PTSD involves helping your nervous system become “unstuck” so that you can heal and move on from the trauma.

You feel like you are losing control of yourself, or you get stuck in repetitive thought patterns that won’t stop. The psychological effects of a traumatic event go beyond the immediate trauma itself. They also involve changes in brain function, mood and feelings, cognitive abilities, and physical symptoms.

What are the symptoms of PTSD?

Symptoms of PTSD include mind, body, and emotional reactions to terrifying, disturbing, or extreme situations that a survivor was exposed to. They may include:

Symptoms of PTSD may develop within days after a traumatic event. For most people, however, symptoms do not occur until several weeks or months after the trauma. They often develop gradually over time and may peak in days or weeks.

What are the treatment options for PTSD?

Psychotherapy and pharmacotherapy represent the main treatments for PTSD. However, some treatments appear to be quite promising. Cognitive-behavioral therapy (CBT), based on principles of behavioral science, is usually recommended first as it can often help people cope better with their fears and triggers than other approaches.

Psychotherapy, also known as counseling and psychoanalysis, is a form of talk therapy. The goal of psychotherapy is to help patients overcome emotional and behavioral problems, solve problems with living, cope better with stressful situations, overcome such difficulties as low self-esteem and depression and maintain mental health. Thus it has been called the art of listening.

Pharmacotherapy refers to the use of medications. In other words, pharmacotherapy is a classification of health care and primary care treatment that includes pharmaceutical drugs.

Cognitive-Behavioral Therapy (CBT) is a psychotherapeutic approach that helps people modify maladaptive ways of thinking, behaving, and feeling. Over time, CBT can help you identify what triggers your anxiety and learn different ways to react.

PTSD is a complicated disorder and often goes untreated. The first step toward helping those suffering from it is to recognize its existence and how it affects the people around them. With that in mind, we hope this article has been informative and helpful.