In China, the Rich and Successful Are Facing 4 Deadly Crises From the CCP, as Well as Jail Time (Part 1) 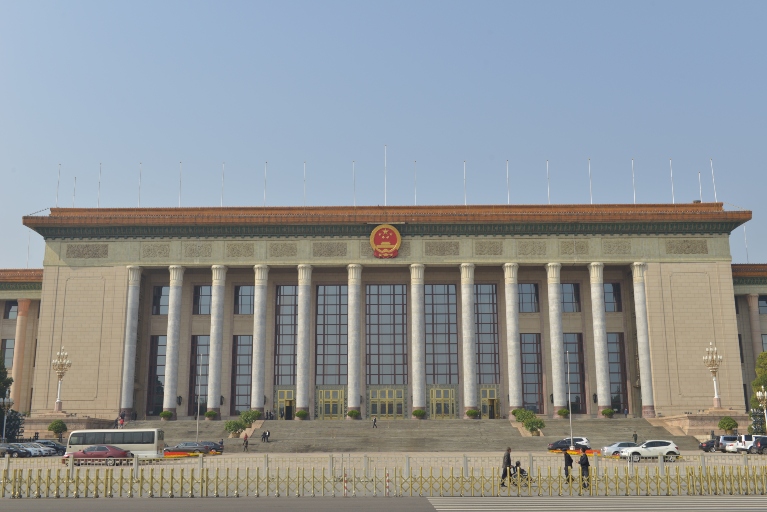 By now, most people know that the Chinese Communist Party (CCP) has become the most corrupt political entity in the world. (Image: Jianhua Liang via Dreamstime)

Why are decent-minded billionaires in Mainland China harassed and jailed? Dr. Wang Youqun, a writer for a former member of the Standing Committee of the Political Bureau of the Communist Party of China (CCP), analyzed that there are four crises faced by the rich in Mainland China.

The CCP, as a communist regime, advocated public ownership of property and adopted the theory of a class without property. So, naturally, it wants to seize power and take power. But what if it wants what you have, what you have worked hard for, what you have built?

And what happens when it squanders all the money it has extorted from the people? They rob everything you have at the end of a gun barrel. And there is no recourse. This is how they have continuously operated. They have plundered, murdered, pillaged, and robbed everything they possess and control.

The CCP admits that the private economy contributes more than 50 percent of China’s tax revenue, more than 60 percent of GDP, more than 70 percent of technological innovation, more than 80 percent of urban labor employment, and more than 90 percent of the number of enterprises. However, the ideology of the CCP has not changed. When short of money, it can turn private property into “state-owned” property on a whim.

2. The CCP’s economy is controlled

The problem of the controlled economy is that central totalitarian power manipulates all areas of the economy and all places where money can be made. If private entrepreneurs do not listen to or upset the Party in any way, they will not be able to borrow money, get land, or even be cut off from water and electricity supply.

The CCP’s economy is built and controlled at the “barrel of the gun” (the army) and the “handle of the knife” (political law). Facing the CCP with the “gun” in one hand and the “knife” in the other hand, no matter how wealthy the private entrepreneurs are, they are still the “vulnerable groups.” When the CCP uses “knives” and “guns” threats to blackmail and rob, private entrepreneurs are powerless to fight back.

3. The corrupt CCP has intensified its extortion techniques

The unspoken rule in today’s CCP fiefdom is that to get promoted and rich, the contender must send money up the ranks to higher-level officials. So where does the money come from? The easiest way is to strong arm, extort, and “rob” private enterprises.

Tong Zhiwei, a professor at East China Normal University, pointed out in the Chongqing Crackdown Report on private websites that the targets of hacking are all private entrepreneurs. It was also found that the last page of almost all judgments contains the same verdict: “confiscation of all property.”

4. The CCP is fearful of private entrepreneurs

The CCP has always relied on coercion and deceit to maintain its rule, and it is always fearful that someone will “subvert” its regime. When private entrepreneurs are strong, the CCP fears that these people will become a force endangering its survival.

Over the past 15 years, at least 27 Chinese billionaires have been arrested on trumped-up charges that were bizarre and absurd. Successful and famous private entrepreneur Sun Dawu is one such case.

Sun Dawu may be convicted just for his opinions

In 1985, Sun Dawu founded the Dawu Group and served as Group Chairman. He initially focused on agriculture and started with 1,000 chickens and 50 pigs. He built the Group into one of the 500 large-scale private enterprises in China in just 10 years.

Among entrepreneurs, Sun Dawu is an outlier. He insists on running a business independently to benefit ordinary people and employees and refuses to collude with power. The media praise him as the conscience and ethos of the entrepreneurial spirit.

Ominously, however, in the early morning of November 11, 2020, 28 senior executives of Dawu Group were arrested by the police, as well as Sun Dawu and his wife, Sun’s two sons, and two daughters-in-law. In addition, the Communist Party officially took over 28 subsidiaries of the Group, and virtually all of the company’s property was frozen.

Extortion by the CCP crime syndicate

On July 28, 2021, Sun Dawu was charged with eight counts of illegally absorbing public deposits and was sentenced to 18 years in prison. His son and two younger brothers were sentenced to 12, 12, and 9 years in prison, respectively. In addition, according to data released by lawyers, the Dawu Group was fined more than 300 million yuan and charged to pay another 1.4 billion yuan alleged for tax arrears.

On April 15, 2022, Dawu Group was auctioned off to “Baoding Ruixi Technology Co., Ltd” by the Hebei Gaobeidian City Court of the CCP at the giveaway price of 686.1 million yuan.

A manager of Dawu Wine Industry, a subsidiary of Dawu Group, told Radio Free Asia that the Group’s self-assessed assets are tens of billions of yuan, including 5.1 billion in tangible assets. However, the official assessment of 686.1 million also includes 340 million in cash. In other words, the Group has 28 subsidiaries, and it is absurd that the official estimate only commented on 340 million yuan.

Even more bizarre is that public information shows that Baoding Ruixi Technology Co., Ltd., which won Dawu Group at the auction, was established on April 12, 2022, three days before the auction. The company is widely believed to be an official “white glove.”

So what are the real reasons Sun Dawu was arrested and his assets looted? He may have significant public influence and independent thinking and has made some remarks that displeased the CCP. For example, in May 2020, he expressed admiration for human rights lawyer Xu Zhiyong and others online, saying that they have given victims a glimpse of light, maintained a little confidence in the law, and lit up their hope of survival.

In other words — Sun Dawu’s only crime is that he is an honorable man. The CCP does not need any valid reason in China — their methodology is arbitrary and capricious.