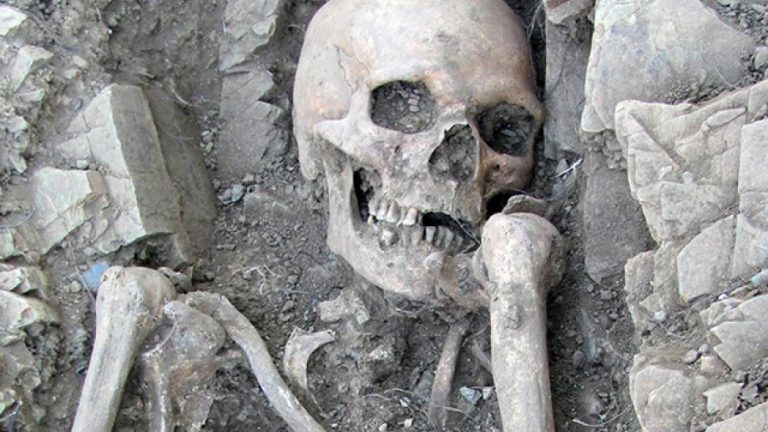 A group of international researchers has uncovered evidence of a super rare genetic condition that gives men an extra X chromosome, reporting the oldest clinical case of Klinefelter Syndrome to date. The evidence comes from a 1,000-year-old skeleton from Portugal.

Klinefelter Syndrome is a rare genetic condition where individuals are born with an extra copy of the X chromosome, occurring in approximately one in 1,000 genetic-male births. The study coordinated by Dr. João Teixeira, an ARC DECRA Fellow at The Australian National University (ANU), brought together a multidisciplinary team that combined genetic, statistical, archaeological, and anthropological information to establish a definitive diagnosis.

The team began by analyzing genetic information obtained from a skeleton found in northeastern Portugal that had been radiocarbon dated to the 11th century by researchers from the University of Coimbra in Portugal. Dr. Teixeira said:

“We were immediately excited the first time we looked at the results. However, ancient DNA is often degraded and of low quality and abundance, meaning we were initially cautious.”

The researchers say the findings will help establish a historic record for Klinefelter Syndrome, as well as enhance understanding of its prevalence throughout human history. Dr. Teixeira added:

“Our research shows the immense potential of combining different lines of evidence to study the human past, and the frequency of different health conditions through time.”

“In recent years, ancient DNA helped rewrite the history of worldwide human populations. Our study demonstrates it is now a valuable resource for biomedical research and the growing field of evolutionary medicine.”

The DNA was extracted by a Ph.D. student at the University of Adelaide, Xavier Roca-Rada, who said:

“Genetic analysis was undertaken to computationally map the degraded DNA fragments of the X and Y chromosomes to the reference human genome.”

Given the well-preserved state of the specimen, the researchers were also able to determine physical traits in the skeleton compatible with Klinefelter Syndrome. Dr. Teixeira said:

“Given the fragile state of the DNA, we developed a new statistical method that could take into account the characteristics of ancient DNA, and our observations to confirm the diagnosis. While the study offers compelling evidence for the genetic history of Klinefelter Syndrome, no sociological implications can be drawn from this diagnostic.”

The researchers suggest their new method to analyze this particular skeleton can be further improved to study different chromosomal abnormalities in other archaeological specimens, including Down Syndrome.

Provided by Australian National University [Note: Materials may be edited for content and length.]