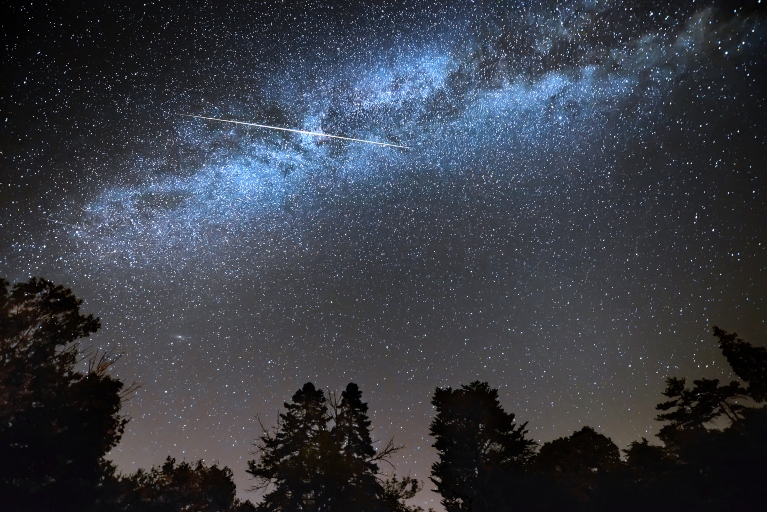 Various types of celestial events have enchanted humans. With the progress of science and technology, the underlying factors of such cosmic events have been discovered. However, people still associate mythological tales with such events. You will find many such myths and folklore associated with the shooting stars. But first, let’s learn about the science behind shooting stars.

The ancient Greek astronomer Ptolemy thought they were nothing but the deities watching the human world. Other cultures have come up with their interpretations of a meteor throughout the ages. For example, Aboriginal Australians believed that the falling stars carried the deceased souls to the gates of Heaven.

Some cultures, however, do not view falling stars as good signs. For example, east African tribes consider them a sign of evil. Whether you watch a shooting star personally or dream of one, there are spiritual connotations. In Native American culture, shooting stars are also associated with evil.

In Islam, the connotation of a shooting star is quite different. Instead, Muslims believe the stars denote angels asked by the almighty to carry sacred messages to the Earth.

In Christianity, a shooting star denotes a light streak following fallen angels. If you analyze the biblical events, the birth of baby Jesus was linked to shooting stars.

In many cultures, people believe in the concept of wishing when they witness a shooting star. You will get good news if you see more than one on the same night. Watching double shooting stars may also indicate a positive development in your love life. However, pointing toward a shooting star is not encouraged in some cultures as the stars are considered fallen angels and demons, so pointing at them can harm a person.

Literature is full of references to shooting stars. For example, they marked the sky when Shakespeare’s Julius Caesar was born. In many other literary works, authors have described them as indicators of significant changes in the life of the protagonist.

Interestingly, the hue of a shooting star is also indicative of specific significance. The meteoroids are composed of various metals and substances. They burn up in varying shades when they enter the Earth’s atmosphere. Multiple cultures have interpreted these colors in different ways. For example, green-colored shooting stars often denote growth and new beginnings.

While the folklores and events linked with shooting stars vary from culture to culture and are not deemed scientific, there is no denying the beauty of the celestial event. Watching a trail of bright lights in the night sky makes one realize that even a tiny object can shine amid the darkness.