‘They Were the Ones,’ a Memorable Song by James H. White 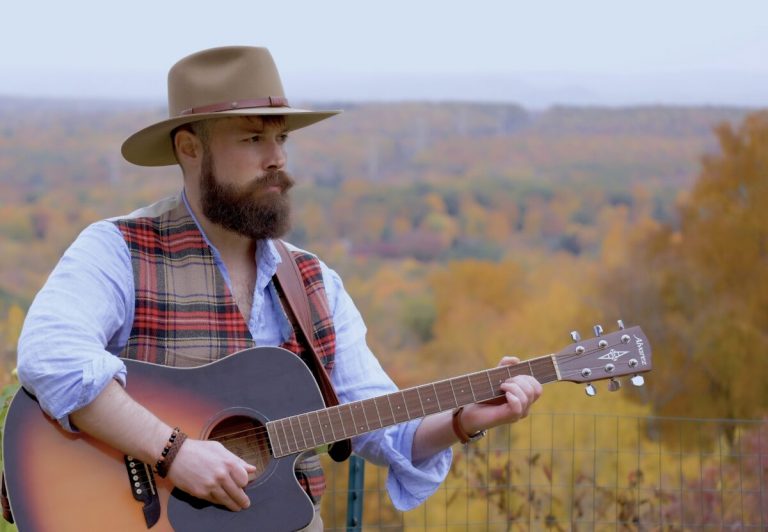 James H. White has brought to life a heart-touching song that raises awareness of today’s most significant ongoing genocide. The song They Were The Ones was released on July 20, 2022, in line with the ban on Falun Gong that the former Communist Party leader Jiang Zemin started on July 20, 1999. One hundred million people practiced the spiritual practice of Falun Gong in China at the time.

In China, Falun Gong practitioners have been tortured, killed, and worse, their organs forcefully removed while still alive and sold to an unknowing buyer. In 2020, The China Tribunal, chaired by Sir Geoffrey Nice QC, released its full report after 12 months of reviewing all available evidence regarding forced organ harvesting in China.

The Tribunal concluded: “Forced organ harvesting has been committed for years throughout China on a significant scale, and Falun Gong practitioners have been one — and probably the main — source of organ supply.” And that, “Regarding the Uyghurs, the Tribunal had evidence of medical testing on a scale that could allow them, amongst other uses, to become an ‘organ bank’… ‘Anyone interacting with China’s government should recognize that they are interacting with a criminal state.'”

The International Olympic Committee upholds and protects the Olympic Games that conducts itself according to the Olympic Charter, which states: The goal of Olympism is to place sport at the service of the harmonious development of humankind, to promote a peaceful society concerned with the preservation of human dignity.

“I set out to write a song in protest of the 2022 Beijing Olympics. But that journey turned into a documentary — Canaries in a Cold War. The stories from the film still haunt me. So, I wrote this song.”

They Were The Ones

Three sisters told me their story,

Three sisters told me the Truth;

Their story made me sorry,

They were the ones who were tortured,

They were the ones black and blue;

Three sisters were in a prison cell,

Stretched to the limit in a fiery red hell.

Water in their eyes made it true;

Hardest part for them,

Their friends still there bein’ abused.

They were the ones who were tortured,

They were the ones black and blue;

Three sisters were in a prison cell,

Stretched to the limit in a fiery red hell.

How can we who are free,

Sisters love us, they told me,

They’re home in the red, white, and blue.

They are the ones who found freedom,

They are the ones who survived;

They are the ones with a story to tell,

Savin’ those in the fiery red hell;

Savin’ those in the fiery red hell.

Freein’ those from the Evil Red Hell.

Three sisters told me their story,

Three sisters told me the Truth.

When listening, I found the intro with the mix of string instruments and the strum of the guitar captured my attention. James H. White’s voice, soft but deep, kept me attentive as the story of the three sisters unfolded into song. The soul-stirring solo of the erhu made me relax. I like this song, and to me, it is memorable!

‘They Were the Ones’ song credits

Dario Forzato and James H. White produced the song together, with lyrics written by James. The genre of this song fits into singer-songwriter and folk. The folk aspect comes in with traditional Chinese instruments blending with American folk sounds, complementing this with cinematic strings arrangement and deciding not to use the modern standard and recording the song in frequency 432 Hz because it is warmer energy that opens the heart.

He utilizes traditional Americana folk instruments like the acoustic guitar, bass, drums, piano, and strings combined with Chinese instruments such as the erhu, pipa, and an ensemble of Chinese percussion instruments. Strings arrangement by Michael Kean and Dario Forzato, guitars by Michael Kean, drums by Edo Tancredi, and additional arrangements and engineering by Jankovsky.

“We wanted to create a bridge between the two worlds — Western and Eastern — while keeping a traditional and universal sound that could accompany the song and the story of the three sisters. The classic band quartet (drums, bass, piano and guitar) represents the Western sound and capable of bringing out emotions on many levels. The pipa and Chinese percussion ensemble complement and support the Eastern side of the overall sound. We also decided to add strings to get more lush and cinematic — something that we envisioned from the very beginning — since this song was inspired by the documentary Canaries in the Cold War.”

Meixuan performed with Shen Yun Performing Arts playing the erhu. It is befitting for her to be the erhu soloist as her experience is amplified in her masterful performance. She and her husband were kidnapped at their workplaces in 1999 in China by the police. The couple practiced Falun Gong, and they were only recently engaged. She was not yet married when her husband was sentenced to three years in prison, and she was sentenced to four years.

‘Canaries in a Cold War’

Canaries in a Cold War won seven best documentary awards and two best narrator awards! In the documentary, you are taken on a path that exposes the extreme human rights violations towards people that practice Falun Gong in China. James meets three sisters — Chunmei, Chunling, and Chunxia — while working on the film. He also talks to professional people that have researched and found evidence of human rights abuse in China. After hearing their stories, he wrote a song about the three sisters.

James played the alto saxophone one summer when he was 12 and toured with a jazz band. He continued playing in jazz and symphonic bands through high school, but his primary focus was competitive athletics. However, on his 19th birthday, James blew out his knee, forcing him to quit playing sports for a year. Without his athletic regimen, James began drinking more heavily. After a while, he saw that his family was concerned for him. Looking within, he could see he had a problem with alcohol and enrolled himself in a sobriety program.

While on the program, he came across Falun Gong and the tenants of the practice — truthfulness, compassion, and forbearance — left a deep impression on him. After practicing the exercises and meditation, he felt the magnetism in his hands and he noticeably became faster, stronger, and more physically coordinated. After a year and a half of sobriety, James returned and graduated from the University of Pennsylvania.

With a passion for raising awareness, James took part in a triathlon with a sign that read “No Human Rights, No Olympics.” His competitors encouraged him to finish the race, and his will to expose the human rights abuse toward Falun Gong practitioners in China got him to the finish line.

James set up a human rights music community called Icons Unite. They hosted events in New York and Los Angeles. He was raising awareness about human trafficking and China’s human rights suppression and organizing an online concert during the pandemic.

James was diagnosed with ADD, ADHD, and a reading disability earlier in life, which has not stopped his motivation. When he started songwriting and producing his music, he realized his ears were susceptible to sound. He discovered that he is an audible learner who is easily tuned and distracted by sounds, not visuals. Although wishing he had learned this earlier in life, for the past eight years, he has been writing professionally.

Growing up, James listened to a wide range of music, from Bruce Springsteen and popular rock bands like Guns n’ Roses to singer-songwriter music such as Simon and Garfunkel and Cat Stevens. Soundtracks are a considerable influence, and when he writes, he listens to beautiful epic scores from composers like Hans Zinner and James Homer because their music touches his heart.

When he approaches writing a new song, he prefers a more cinematic way than a typical songwriter would, adding layers with instruments to his music along with taking people on a journey.

Everyone should watch Canaries in a Cold War, which inspired his song They Were the Ones. Hear what the three sisters endured and overcame. Their story is inspirational to James because it reminds him that their account will always put his life back into proper perspective when times are hard.

“How can we, who are free, abide by genocide overseas? We must stand by our brothers and sisters — our fellow mankind — and help end the genocide of Falun Gong in China.”