Zhuo Wenjun, the Woman Who Got Her Man Back With the Beauty of Poems 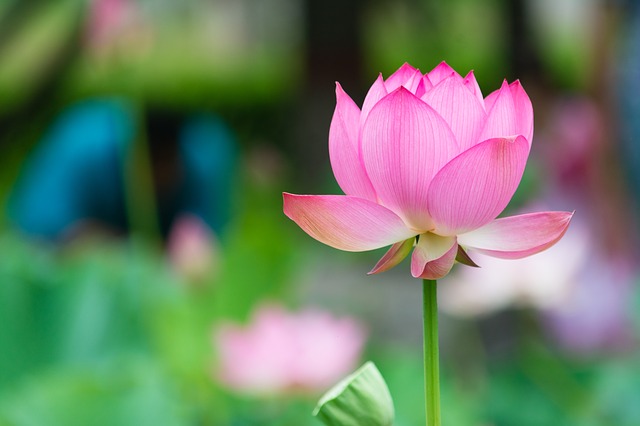 The poems by Zhuo Wenjun to her husband Sima Xiangru are legendary in Chinese history. (Image: via Flickr)

The poems by Zhuo Wenjun to her husband Sima Xiangru are legendary in Chinese history.

Born into a wealthy family in Linqiong of Sichuan Province, Zhuo Wenjun was well-educated and especially good at poetry and music. She was married at 16, but then returned to her parent’s home a few years after her husband died. That was when she met her true love.

Sima Xiangru, a famous writer, was invited to the Zhuo’s for a gathering during his stay in Chengdu of Sichuan Province. He sang Feng Qiu Huang (a male phoenix pursuing a female phoenix), playing his guqin while delivering his admiration to Zhuo Wenjun.

Hearing the beautiful music, Zhuo Wenjun peeked through the door crack and was deeply attracted to Sima’s charm and talent. Consequently, she secretly ran away with Sima at midnight.

Angry at her behavior, ZhuoWehjun’s father claimed he would no longer support her. Undeterred, Zhuo Wenjun didn’t give in to the threat, despite them being poor. Instead, she returned to Linqiong with her husband and started a wine shop after selling all their properties.

He was embarrassed about his daughter selling wine in the market, so Zhuo Wenjun’s father offered her money and servants. However, her marriage was again challenged after Sima’s talent was appreciated by the Han Dynasty’s Wu Emperor.

Offered official rank at the capital, Sima gradually drifted apart from his wife back in Chengdu and planned to get a concubine.

He wrote a 13-character letter to Zhuo Wenjun, hinting about his change of mind. Then, in great sadness, she replied with a poem entitled Yuanlang Shi (Blaming my Husband), delivering her thoughts and emotion:

Once we have to part;

At Two places are our heart.

You said it would be Three to Four months, dear.

Yet now, it is more like Five to Six years!

My Seven-string qin I am in no mood to play.

Who will carry my Eight-line letter to you faraway?

Broken midway even is the hard Nine-link chain!

At the Ten-mile provilion, I wait for your return in sun and rain.

Any moment at home, One Hundred loving thoughts for you, too;

Plus One Thousand fond memories passing my mind through.

But with Ten Thousand unwillingness, I still blame you!

Later, she wrote another poem to Sima entitled Baitou Yin (Song of White Hair). The lines in this poem read:

I hear you have a fickle heart;

So I have come to declare we will depart.

May a faithful man come I pray;

So that until old we can stay.

The two poems moved Sima so profoundly that he was ashamed of his plans and returned with her, living together until they died.

She decided to chase her love regardless of her parent’s disapproval. She cleverly started a wine shop to alter their difficult financial condition. When Sima turned his back on Zhuo Wenjun, instead of simply tolerating his behavior, she won her husband’s love back with her sincere poetry.