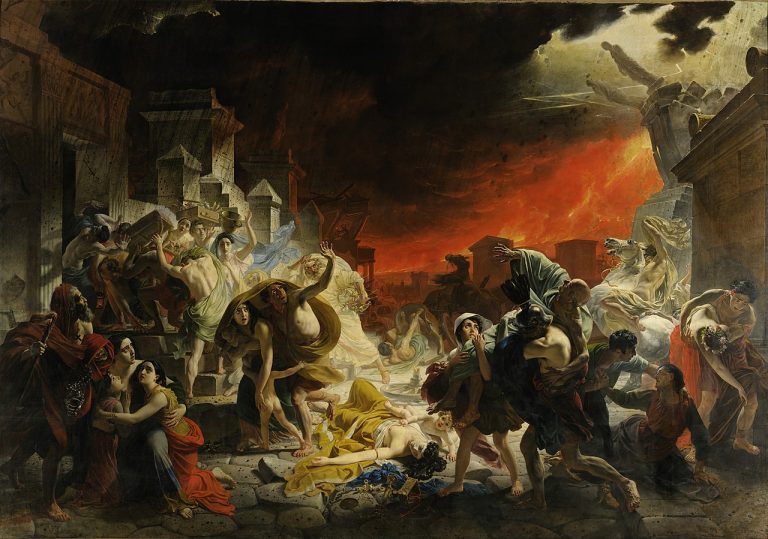 Pompeii’s historical ancient city has attracted countless tourists over the years. Visiting the Italian site is the experience of a lifetime for many visitors, and some have taken home souvenirs from the site to remember their trip. However, there are hundreds of tales of “bad luck” ensuing, causing many to believe that anyone who steals the relics will be cursed.

Pompeii was built around 600 B.C. It joined the Roman Republic in 80 B.C, and together they became the second largest city. But Pompeii came to a tragic end in A.D. 79 when it was destroyed overnight by hot ash from the eruption of Mount Vesuvius, which completely engulfed and buried the city.

The archaeological site of this ancient Roman city was primarily preserved under the ash, giving a unique glimpse into life at that time. This led to the area being listed as a World Heritage Site in 1997, and it has become a world-famous tourist attraction, with nearly 2.5 million visitors annually.

‘Curse’ of the relics said to bring retribution

Crowds of tourists from across the world have come to visit the ruins of Pompeii. While visiting, some have stolen mosaic tiles or pieces of pottery they came across in the ancient city, taking them home as souvenirs. But surprisingly, many of the visitors ended up sending the relics back to Pompeii, which is intriguing.

Nicole, a tourist from Canada, sent back the artifacts she had stolen, expressing her deep remorse in a letter of apology. Nicole and, unfortunately, her family suffered from “bad luck” that they believe resulted from her actions. It seemed they suffered retribution for stealing the artifacts from Pompeii and suffered hardships. Nicole wrote in the letter: “I have learned my lesson. I hope not to bring more disasters to my family.”

The letter described Nicole’s trip to Pompeii in 2005 when she was 20. While there, she wanted to take possession of some artifacts from Pompeii. Born out of “greed and the desire to have a unique travel experience,” Nicole said she was young and ignorant and should not have taken the relics. She subsequently suffered from breast cancer after returning to Canada and had to undergo two mastectomy surgeries.

Misfortune also befell her family. Nicole said her family faced an economic crisis simultaneously, stating in her letter: “I had stolen parts of the history along with the negative energy attached to it. People had died in horrific ways, yet I stole the tiles associated with that destructive force.”

Nicole brought back more than one artifact from Pompeii and had also given a tile from Pompeii to a friend. She informed her friend that she was returning the artifacts and wrote in her letter: “We are all good people. I no longer want this ‘curse’ on my family, children, or myself.” She apologized and pleaded for forgiveness, saying: “Please forgive my ignorant behavior years ago.”

Hundreds of instances of retribution

In addition to Nicole, a Canadian couple also sent a letter of regret, saying: “We had not been considerate of the pain and suffering of those poor souls when Vesuvius erupted. We are very sorry; please forgive us for our poor choice. May their souls rest in peace.”

The management of the Pompeii ruins revealed that hundreds of tourists have voluntarily returned the artifacts they stole. Many mentioned in their letters of apology that the artifacts had brought them “bad luck.” The letters have been put on display in the gallery of the Pompeii antiquities, acting as a sort of warning to visitors.

A spokesman from the management team commented that while the artifacts stolen by tourists were not generally of great value, the content of the letters was significant, warning future visitors and a means of helping preserve the ancient site from further disruption.