A Strange Disease Caused by Karma 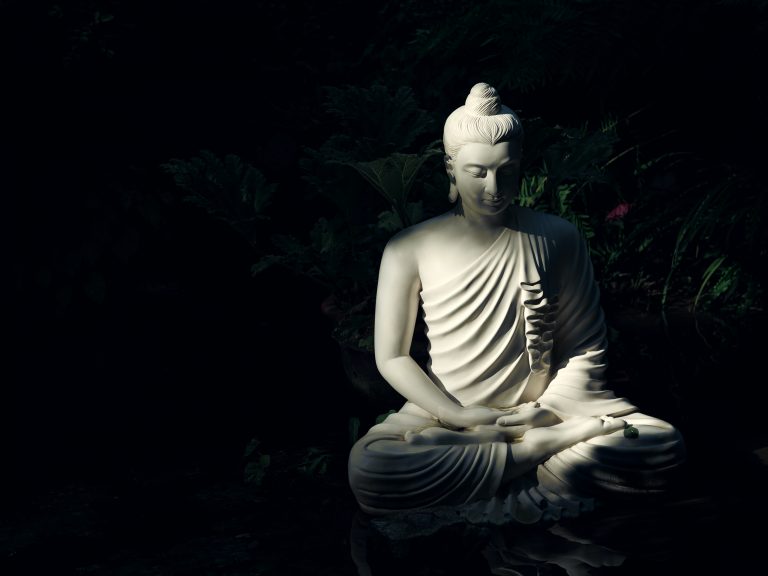 In Buddhism, karma means an intentional act that has future consequences. (Image: via Unsplash)

Karma is a Sanskrit term that directly translates into action. In Buddhism, karma means an intentional act that has future consequences. These intentions influence one’s rebirth in samsara, or the world as it is known according to their belief system. Buddhism is one of the three belief systems underpinning traditional Chinese culture.

According to Venerable Guan Cheng of the International Buddhist Society in Canada: “The concept of causality entails that all reward and retribution, of either good or evil karma, are made by an individual’s action, and thus each individual is in control of their destiny and can chart the course of their own life.”

The story of Mr. Zhang’s karma

In this true story, we learn that the illness of Mr. Zhang was a spiritual malaise to allow him to face his karma and take responsibility for his intentional evil actions.

Mr. Zhang was section chief of an agency in China. One day, he started feeling unwell, and for the next two years, he was afflicted with a strange disease, feeling chilly and even shivery, and needed to wear a quilted jacket in the summer heat. For two years, Zhang visited all the major hospitals in the provincial capital, but there was no diagnosis for his illness. Then, finally, a relative introduced him to a famous master.

That day, the Master came while Zhang was lying on the bed. When the Master looked at him, Zhang felt a shiver running up his spine. Then, the Master spoke: “To all the spirits who suffered injustice, don’t be afraid. I am here to help you out, not to harm you. So please take it easy.”

Then, the Master sat down, stayed silent for a while, and said: “People, please leave. I have something to say only to Zhang and his family.”

Only Zhang and his 30-year-old sister remained in the room. The Master said: “Zhang’s disease is easy to deal with, but that depends on your attitude. A woman comes to visit you from the other side and is your wife’s sister. Two deaths were because of you.”

What the Master said was so mysterious that Zhang’s sister felt confused. Master said: “Mr. Zhang! You had better talk about it with your family; otherwise, how can I cure your illness?”

At the time, Zhang lowered his head and kept silent. His mind flashed back to scenes of the past. It was spring, and Zhang had been married for two years. In these two years, his father-in-law and mother-in-law died one after another, leaving his wife’s sister Linin, who was 16 years old, with her aunt.

One day, his wife went out on business and couldn’t come home at night. Seeing his sister-in-law, a fresh and lovely young woman there by herself, Zhang seduced her. Later, Linlin found she was pregnant from the encounter. Too afraid to tell her sister and with her belly growing daily, Linlin felt so worried that she threw herself into the river.

Because Zhang didn’t speak up, the Master said: “I have no way to cure your illness. So I am leaving.”

When Zhang’s sister saw the Master was leaving, she told Zhang: “Brother! We are a family. So there is nothing you cannot say. If you want to treat your disease, you had better say it frankly.”

Zhang’s sister begged the Master to elaborate on his words, seeing her brother still speechless. Finally, the Master outlined what he “saw” and sighed: “He took two lives. The chills on your body reflected that woman’s suffering in that world.”

To Zhang’s surprise, this man had supernatural powers. So Zhang said he would follow the Master’s instructions if his sickness could be healed.

The Master said: “Okay! You are going to become cleaner within the next seven days. Seven days later, you must invite me to come again to release the spirits from suffering through chanting sutras.” The Master again emphasized: “Unless we redeem the sins of the dead well, your disease won’t be cured.”

As expected, Zhang’s cold disease subsided on the third day. He could generally be up and about on the fourth and the fifth days. Finally, on the seventh day, Zhang no longer felt he was suffering and he was without any symptoms of illness, but he felt weak. It had been two years since Zhang had such a fantastic feeling. Looking at the sky outside, he felt carefree and happy.

However, seven days later, Zhang didn’t invite the Master as he promised because he thought that his illness was gone, and maybe it was destined to be healed, so he didn’t feel it necessary to ask the Master to return.

Unfortunately, on the ninth day, Zhang’s disease suddenly relapsed worse than ever. His wife traveled dozens of miles to ask the Master to come again, but she failed. The Master had been out that morning and would not be back for two days. Zhang died in those two days.

Later, she asked the Master why he stayed away that day. He said: “I didn’t want to save such an untrustworthy and ruthless person. Zhang caused the death of that woman and the baby in her womb. It was two lives. What a sin! When I wanted him to speak of it, it was to let him admit his guilt in front of his family. But he refused to do it and had no repentance at all. Facing such a man, I was so upset that I didn’t want to deal with his karmic creditors. There are no debts without creditors. So I just let the suffering souls come to him to solve it.”

The Master said: “Man should have a conscience in the world. Diseases originate from karma, and we must regret when doing something bad. I can only clear them up for kind and trustworthy people.”

Zhang didn’t take his condition or the cause seriously enough to follow through, and it cost him his life through suffering.