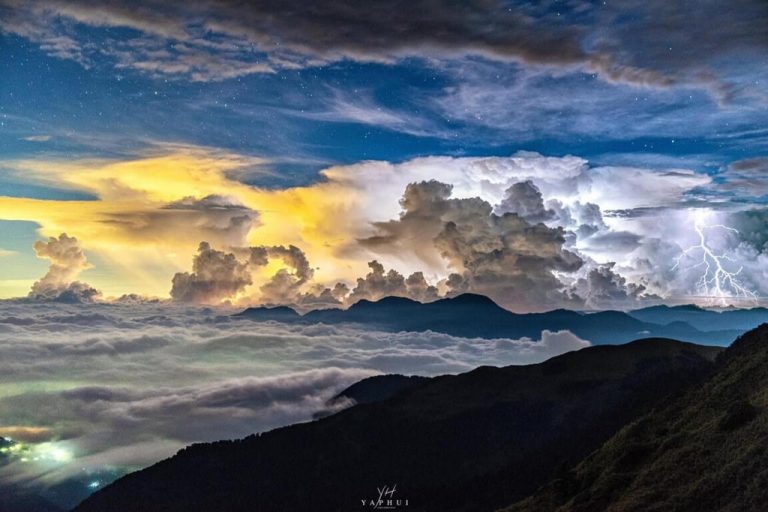 In 2015, Yaphui Phong came to Taiwan and studied at the National Chin-Yi University of Technology Department of Electrical Engineering. (Image: Yaphui Phong)

Yaphui Phong, a Malaysian, came to Taiwan to study. An unexpected opportunity eventually led him into the field of photography, and since then has been deeply drawn in by the natural beauty of Taiwan. He has traveled around the whole island numerous times using time-lapse photography and, in 2022, launched a new film showcasing the beauty of Taiwan.

In 2015, Yaphui Phong came to Taiwan and studied at the National Chin-Yi University of Technology Department of Electrical Engineering. He was assigned to take photos in a departmental society and became deeply captivated by this aspect of the job. As a result, he spent more time learning and advancing his photography skills and even worked part-time to earn extra money to buy better equipment.

Impressed and inspired by the renowned works of Zeppelin’s Seeing Taiwan and Chen Zhitong, who’s labeled as a master of time-lapse photography, Yaphui Phong also wanted to record the beauty of Taiwan via time-lapse photography. He once stated: “I hope my life in Taiwan leaves me with something more than a college degree.”

During his four years of college, he spent days traveling to every city in Taiwan, lugging around his 20 kilograms (44 pounds) of equipment, climbing mountains, and stepping on beaches to take photos.

Some of his themes include The Sea of Clouds in He-Huan Mountain, The Sunrise in Ken-Ding Beach, the Scenes of Hua-Dong Rift Valley, Qi-Lai Mountains, The Stars in the Orchid Island, and The Morning Mist of the Sun-Moon Lake – to name a few.

Yaphui Phong’s first piece of work was triggered by a car accident. On his way to take photos in the summer of his sophomore year, he fell from his scooter to avoid colliding with another car and consequently lost three teeth. After this encounter, his Malaysian family was worried about him and tried to persuade him to give up his hobby of photography.

Having been forced to rest for three weeks, Yaphui Phong decided to edit his photos, which had taken him more than one year to accomplish, and create a film. His film went viral after he uploaded it onto Facebook. In addition to reports by Taiwanese media, there were also Malaysian media reports of it. His family finally understood what he had been doing and chose to support him.

Before leaving Taiwan to continue his studies in New Zealand, Yaphui Phong decided to edit all photos he had taken and created a film of higher resolution — Seeing Taiwan 2 — 8K 60 HDR. It is a 5-minute film including mountains, seas, islands, streets, sunrise, sunset, the Milky Way, fireworks, and fireflies.

This film has garnered more than 2.5 million hits on the Internet. In addition, many Taiwanese sent greetings acknowledging the time and effort he took to record the beauty of Taiwan and for showcasing places they had never seen before. Yaphui Phong stated that he would return to Taiwan after he completed his studies in New Zealand.

Here, Yehui Phong shared some adventure highlights. He mentioned traveling more than 200 times to He-Huan Mountain to capture a single lightning scene. He was so excited that he forgot about security; fortunately, he didn’t encounter any danger. His photo shoots had him travel more than 100,000 kilometers (62,140 miles), a distance long enough to circle Taiwan 100 times.

In recognition, governmental organizations have provided easier access for him to enter some protected areas to take photos, such as He-ping Island Park for its sunrises and the Lon-Kun Ecologic Reserve for its sunsets and starry sky.

On his return to Taiwan, Yaphui Phong will continue to take photos, and he hopes to make the most of his opportunity to record the beauty of Taiwan because, in his words: “Loving Taiwan is realized by actions, not by empty talks.”