The Power of Filial Piety to Change People’s Fate 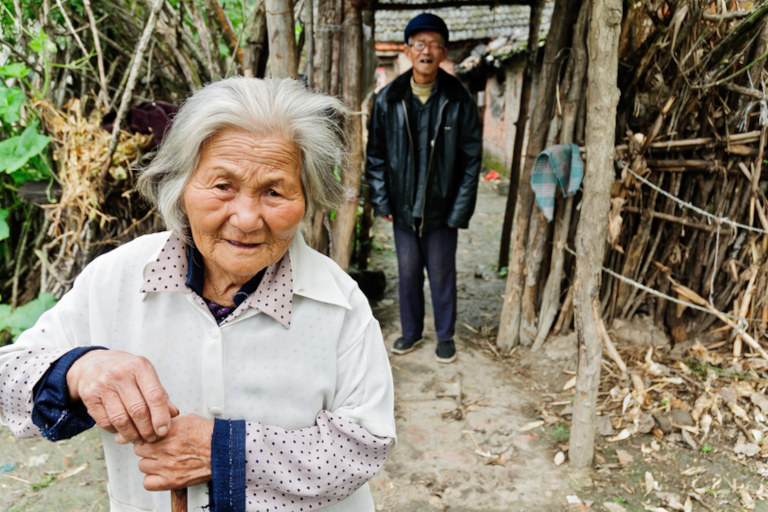 Chinese people consider filial piety, that is, showing love and respect for parents and caring for them in their old age, to be a traditional virtue. (Image: Zhaojiankang via Dreamstime)

Throughout history, many people were so righteous and filial that those around them were inspired to practice righteousness. Here are two stories of how filial piety changed people’s fate.

During the Han Dynasty, there lived a man named Zhao Zi. After being appointed governor of Dunhuang, he became the highest military governor of the state and county. But when his mother fell ill, Zhao Zi returned home and personally led his grandchildren to plow the fields and cultivate the land to support his mother.

One night, a group of thieves showed up to rob his house. Concerned that his mother would be frightened, Zhao Zi took it upon himself to meet the bandits at the door. He asked his family to cook a good meal for the bandits, and as they sat down to eat, Zhao Zi bowed to the thieves and said: “Everyone! I have a mother who is over 80 years old and quite ill. Therefore, I beg you to leave some food and clothes for her. As for the rest of our belongings, I won’t ask you to spare them, but if you can leave a few behind so that I can have the ability to support my mother, please grant my request!”

When the bandits heard Zhao Zi’s words, they were all impressed by his filial piety, generosity of heart, and temperament. Nevertheless, they felt so ashamed that they knelt in unison and thanked Zhao Zi, saying: “How dare we offend your house and intrude on a wise gentleman like you?!” After saying this, they ran away as fast as they could.

Zhao Zi rushed after the thieves, trying to give them some money, but he could not catch up with them.

A native of Pengcheng in Chu County in the early Han Dynasty, Liu Ping was also a man of great virtue. He inspired goodness in others with his actions.

Liu Ping initially served as a county magistrate. Then, during the turbulence of the early Han Dynasty, he fled with his mother to save her life. With his mother safely hidden amidst the wild lakes and swamps, one morning Liu Ping went out to look for food for her. But along the way, he ran into a group of hungry thieves. They immediately grabbed him and carried him off with the intention of cooking and eating him.

Liu Ping cried bitterly: “I have come out this morning to look for wild vegetables for my mother. She depends on me to live. I hope I can be allowed to go back to her, and when my mother has had enough to eat, I will come back to suffer death.” Seeing that he was very sincere, the bandits took pity on him and let him go.

He returned to where his mother was hiding, and after serving her a meal, Liu Ping said: “I have made an agreement with a group of bandits, and I cannot deceive them in matters of morality.” After explaining what had happened, he prepared for his mother and returned to where the bandits lived. The men never expected to return and were very surprised to see him. They said, “We have often heard of a righteous man, and today we have finally seen one. Go back! We cannot bear to eat you.” In this way, both his life and his mother’s were saved.

Having a kind heart, filial piety, and acting righteously does not only change one’s fate, but it can even lead others to abandon their evil intentions and act righteously.