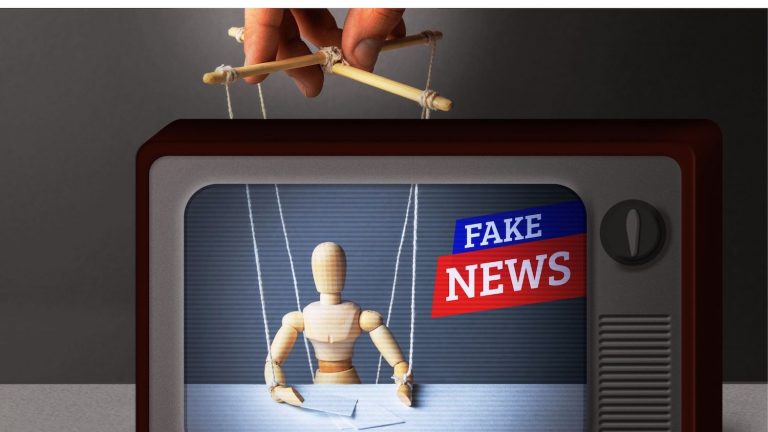 The Chinese Communist Party (CCP) has expanded the reach of its robust propaganda and censorship apparatus beyond China’s borders. (Image: via Canva)

The Chinese Communist Party (CCP) has spent billions of dollars over the years pushing its narratives by various means through its multi-billion dollar media influence campaigns.

Often, it’s done covertly, especially their trying to control how others cover China. In fact, such efforts have ramped up in the past few years according to a new report by U.S.-based non-profit Freedom House.

“For at least the past three decades, the CCP has sought to extend the reach of its robust propaganda and censorship apparatus beyond China’s borders,” the report says.

“Its first foreign influence efforts targeted Chinese-speaking communities in the aftermath of the regime’s brutal crackdown on the 1989 pro-democracy movement, whose calls for freedom were widely supported by Chinese people living overseas.

“But since the early 2000s, acting on instructions from top leaders, CCP officials have invested billions of dollars in a far more ambitious campaign to shape media content and narratives around the world and in multiple languages. This mission has gained urgency and significance since 2019, as global audiences have displayed sympathy toward pro-democracy protesters in Hong Kong and Uyghurs detained in Xinjiang, while blaming Chinese officials for suppressing information about the initial outbreak of COVID-19.”

As just mentioned, the CCP has developed more covert and aggressive tactics over the past three years. The Freedom House report Beijing’s Global Media Influence: Authoritarian Expansion and the Power of Democratic Resilience, has detailed this and the extent of the CCP’s media influence efforts in 30 countries.

The report said that the CCP and its proxies are using more sophisticated, covert, and coercive tactics — including intensified censorship and intimidation, deployment of fake social media accounts, and increased mass distribution of Beijing-backed content via mainstream media — to spread pro-CCP narratives, promote falsehoods, and suppress unfavorable news coverage.

“Beijing is doubling down on its campaign to control how it is portrayed in the world and to bend foreign media to its will,” said Michael J. Abramowitz, president of Freedom House, in a statement.

“These efforts seek to silence criticism of the regime and convert independent media into shills for the Chinese Communist Party. Journalists and some governments are pushing back, but more should be done to prevent Beijing’s influence from undermining fact-based reporting about the world’s most powerful authoritarian state and its activities abroad.”

Of the 30 countries analyzed by Freedom House, the intensity of CCP media influence efforts was found to be “high” or “very high” in 16 countries, with 18 facing increased influence efforts over the course of the 2019-2021 coverage period. Taiwan, the United States, and the United Kingdom experienced the most intense influence efforts, but strong campaigns were also documented in Nigeria, Spain, Italy, Kenya, the Philippines, and Argentina, highlighting the global scope of Beijing’s ambitions.

While the report says that the CCP media influence campaign has ramped up, its impact is being diminished in democracies worldwide. All of the countries studied demonstrated at least one form of active pushback that reduced the effects of Beijing’s activities. This democratic resilience has hindered the CCP’s attempts to sway public opinion, with sentiment toward China or the Chinese government declining in most of the countries examined since 2018, the report says.

Journalists, commentators, civil society groups, regulators, technology firms — and to a lesser extent, policymakers — are highlighted in the report to be contributing to the pushback through actions including investigations into opaque payments from China-linked entities to local elites, cancellations of content-sharing agreements with Chinese state news agencies, regulatory enforcement of broadcasting rules, and public condemnation of attempts by Chinese diplomats to intimidate journalists.

Evidence of such resilience can be found around the globe — in newsrooms in Kenya, Peru, and the Philippines, in parliaments in Australia, Italy, and Kuwait, and in journalistic training programs in Tunisia, South Africa, and Nigeria.

“Many democracies are proving far from helpless in the face of Beijing’s media influence efforts,” says Sarah Cook, one of the report’s authors and Freedom House’s research director for China, Hong Kong, and Taiwan.

“Journalists and civil society groups are creatively marshalling resources in ways that hinder the problematic dimensions of the Chinese Communist Party’s efforts. But in many countries, harmful actions by political leaders or media owners are weakening democracy’s natural defenses against authoritarian influence. This is a critical moment,” she says.

But the report also said that democracies’ ability to counter CCP media influence is alarmingly uneven. Only half of the countries examined in this study achieved a rating of Resilient, while the remaining half were designated as Vulnerable. Taiwan faced the most intense CCP influence efforts, but it also mounted the strongest response, followed in both respects by the United States. Nigeria was deemed the most vulnerable to Beijing’s existing media influence campaigns, while Senegal had the weakest underlying capacity for resilience. Inadequate government responses leave countries vulnerable or exacerbate the problem, the report says.

“Governments and societies worldwide should increase transparency and protections for press freedom and free expression,” Cook advises. “More democracy, not less, is the answer to Beijing’s campaign to control news and information around the world.”