How Does Jade Prevent Disasters and Bless the Wearer? 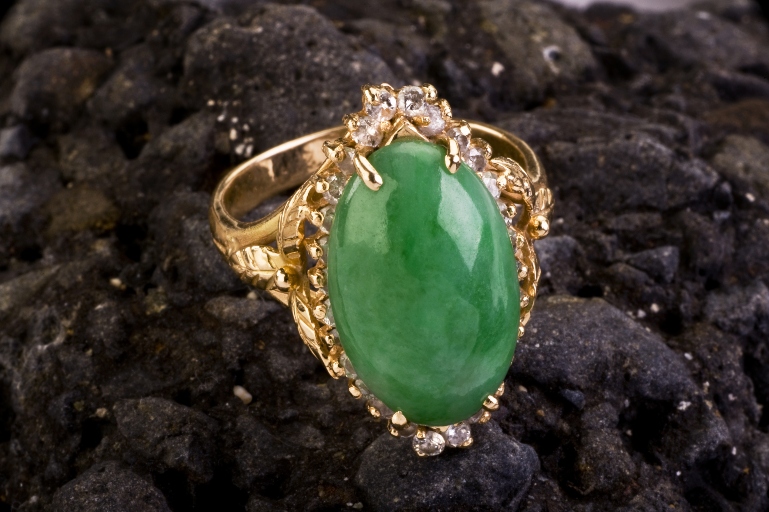 In addition to symbolizing dignity and authority, jade was also considered to be endowed with very high moral connotations. (Image: W.Scott Mcgill via Dreamstime)

Jade is a type of precious stone, but it is considered to have the warmth of water. More than 8,000 years ago, the ancestors of the Chinese people began to advocate the benevolent properties of the stone. Initially, it was considered the vehicle for communication between God and the people.

The pictograph for jade (玉) is that of three pieces of beautiful jade connected by a silk rope that conveys the connotation that it connects Heaven, Earth, and humankind. The ancients believed that the stone could communicate with God, and the will of God could be conveyed through the stone. They also thought that those who conform to the will of God could share with God through the stone and receive the protection of God.

The benevolent properties of jade

In addition to symbolizing dignity and authority, the stone was also considered to be endowed with very high moral connotations. Shuowen Jiezi, an ancient Chinese dictionary from the Han Dynasty, said, “jade has five virtues.” At the same time, the Book of Rites noted that the virtues of a gentleman are likened to the virtues of jade: benevolence, knowledge, righteousness, propriety, music, loyalty, good faith, Heaven, Earth, virtue, and the path of truth or the “Dao.”

Confucius said: “The disposition of a gentleman is as graceful as the luster of jade.” He believed that a gentleman should have the same attributes as jade. Since ancient times, the stone was considered precious, not because it was rare or expensive, but because the ancients emphasized and held the character of a true gentleman in high esteem.

Wearing jade became popular in the Spring and Autumn Period, the Warring States Period, and into the Qin and Han Dynasties, during which all princes and nobles wore it. It not only symbolizes status and wealth but also displays the integrity of the wearer.

A jade pendant worn on the body can remind the wearer to walk according to etiquette and with elegance and dignity. When the wearer walks, the jade pieces on his body play off each other and make a unique sound. Only when the wearer walks calmly can there be a clear and harmonic sound. Therefore, wearing the stone is not only for decoration, but to reflect the rules of etiquette.

In grand ceremonial activities, a jade pendant worn by the king may sometimes reach below the knees. The king’s majesty and solemnity are reflected when the wearer walks in a confident and controlled manner.

A true gentleman is like precious jade; his touch is warm, and he is kind with a humble manner that can exude the gentleness and affinity of the stone. This makes people feel like a spring breeze is touching them. From here on, we can see the many reasons why the ancients wore the stone, not only to look good but to constantly remind themselves to be virtuous and conform to the will of God.

Is it true that wearing the stone can avert disasters?

The Classic of Mountains and Seas, a Chinese classic text, records that “a gentleman wears jade to guard against bad luck.” Being an auspicious object, the stone is used to make various accessories. The auspiciousness of wearing jade is that the wearer can be protected by God, attract good luck, and avoid evil. This is to say that jade has the effect of preventing disasters.

According to folklore, the exceptional luster that jade emits is not always easy to see during the day, but at night it can illuminate as far away as several feet away. The light emitted by the stone is feared by monsters. Ancient records and modern people have reported many examples of jade wearers who were safe in very ominous situations because of wearing the stone. There are many examples of how it can protect people from injuries and death.

The stone is held to ward off evil spirits

Huangdi Neijing, the inner Canon of the Yellow Emperor and Compendium of Materia Medica, an encyclopedia of traditional Chinese medicine, all talked about jade as “soothing the soul, soothing the blood, moistening the heart and lungs, brightening the ears and eyes, softening the muscles and strengthen the bones….” How can a stone have such supernatural powers?

From the point of view of physics, everything has a specific magnetic field. This field surrounds our human body. People feel uncomfortable when the human body is in a place where the magnetic fields repel each other, such as in a cemetery or disaster. This means that the body’s negative energy is greater than the positive energy.

Resonance in a sacred space

When encountering a crisis, accessories such as jade bracelets take the wearer’s place in a disaster; the stone is shattered while the owner remains safe. In other instances, jade bowls, pots, and other items carried by long-distance caravans in ancient times were used to detect poison and prevent robbers from drugging people in caravans.

The stone’s protective powers happen in a space where people cannot see with their naked eyes. Jade accessories can increase positive energy and adjust the body to ward off evil spirits and avoid disasters. However, this protective quality is provided only when the wearer has the virtues worthy of the stone. A wearer with evil thoughts and deeds is not worthy of the blessings, so the jade worn on their body is only a mere decoration.

The stone’s ability to ward off evil spirits aligns with the principle that virtue can eliminate evil. The true auspiciousness and peacefulness of the stone originate from one’s thoughts, words, and deeds.