The ‘Theft of the Century’: Where Did China’s Gold Go? 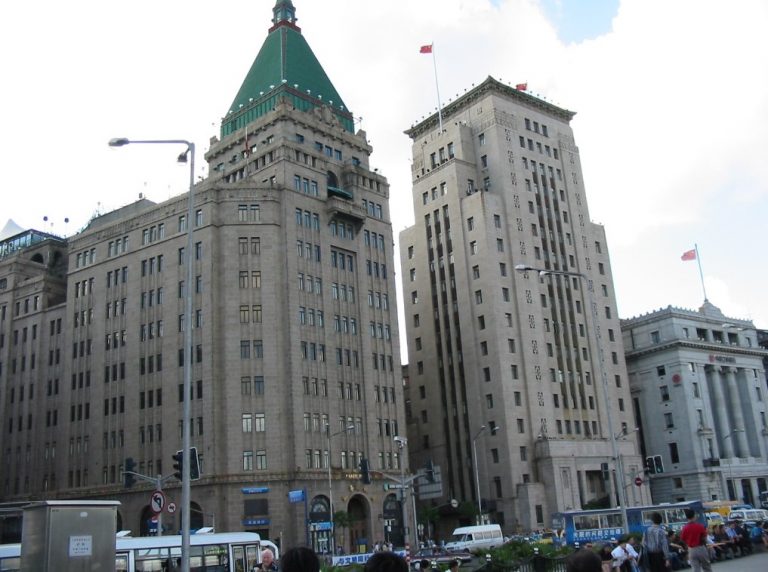 The story of China and its obsession with gold is well documented as monthly data shows the phenomenal volumes imported through Hong Kong and traded on the Shanghai Gold Exchange.

However, given how much commentators report on China’s interest in gold, it’s surprising that very few realize that in 12 months, the country lost thousands of years of reserves.

In the darkness of the early hours on December 2, 1948, in Shanghai, men were seen with long poles carrying heavy boxes from the Bank of China in the Bund and then loading them onto a customs vessel at the quay.

A British journalist named George Vine was looking out his window at the Peace Hotel next door, witnessing the soldiers sealing off the Bund while others were standing with loaded rifles at every corner.

Vine saw (and subsequently reported to his paper in London) the start of an acute episode of the country’s civil war: Chiang Kai-shek’s transfer of the country’s gold, silver, and foreign exchange from the mainland to Taiwan.

Millions of taels of gold left by sea and air

Over the next 12 months, Chiang moved a treasure trove of millions of taels of gold by sea and air. All this treasure became the reserves for the New Taiwan dollar and made it possible for the island to recover from the war. High inflation and its astonishing economic success over the decades can all be attributed to the haul. Chiang Kai-shek once stated:

“When the Government moved to Taiwan, the situation would be unthinkable without the gold from Shanghai to make up for the financial and economic hardship. Of course, it would not bring the stability of today!.”

The gold meant survival for Taiwan

For Beijing, this has been an unforgivable theft of assets that belonged to the nation. However, for the Kuomintang (KMT), this was a legitimate decision made by the national president to save it from falling into the hands of a rebel army. Without it, the Nationalist government would not have survived in Taiwan.

A book titled The Archives of Gold provides a rare insight into the heist. The author, Dr. Wu Sing-yung, is a professor of radiological sciences and medicine at the University of California and is the son of the man who conceived the heist.

His father was Lieutenant General Wu Song-ching, the head of the finance and budget department of the KMT government. Chiang had entrusted him with moving the gold, and he held this position for 15 years, from 1946 until a week before he died in 1991. Lucky for us, he kept a daily journal.

He had not divulged his involvement to his family or friends. It wasn’t until after his death, when his wife gave the diary to their son, did things come to light. As their son read the journal, he soon discovered how critical his father’s role was in saving the Nationalist government.

“The movement of gold was entirely controlled by one person, Chiang Kai-shek… Even the finance minister had no power to transfer it.

“Chiang conveyed his orders verbally, leaving no written record. Only he and my father knew about the movements.”

It is widely believed that China’s gold was used to establish the Taiwan we see today. However, it was just six months after the gold operation began that the new Taiwan dollar was launched. It had replaced the old Taiwan dollar at a ratio of 1 to 40,000.

It is estimated that 800,000 taels (33 tons) of gold and US$10 million (US$125 million in 2022 dollars) brought from Shanghai provided stability to a country that had suffered from hyperinflation since 1945. The remainder of the precious metal was used to resettle the 2 million soldiers and civilians who had fled from China.

The KMT has confirmed that 2.27 million taels (96 tons) of gold were taken to Taiwan; however, they dispute that this was used as the foundation of Taiwan. Chiang’s son, Chiang Ching-Kuo, later wrote:

“If we had not had this gold in the early period of moving the government to Taiwan, it is unimaginable what would have happened. How would we have the stability of today?”

The ‘Theft of the Century’

One can only imagine what they may have been thinking after the fall of Shanghai as the Communist army entered the vault of the Bank of China for the first time and found it empty. According to the Shanghai local records, the vault was at least the size of three basketball courts.

Combining all of the Shanghai bank vaults, 6,180 ounces of gold was all that was left, just 1 percent of the original reserves of gold.

With so much secrecy and the lack of written records, it is hard to know precisely how much treasure was shipped to Taiwan. However, Wu estimates the amount of gold taken in 1949 at 4 million taels (167 tons).

Whatever the figure, for the Communists in Beijing, it was the theft of the century.