Cacao Not Only for the Gods: New Insights Into Ancient Maya 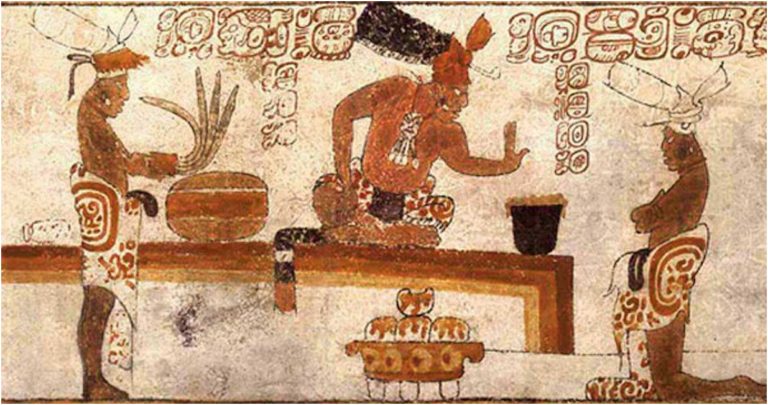 It was the money that grew on trees. Said to be a gift from the gods, cacao for the ancient Maya was considered sacred and was used not only as a currency but also in special ceremonies and religious rituals. It’s the progenitor plant of chocolate, and notions of luxury are embedded in its lore.

The prevailing belief is that cacao was more available to, even controlled by, the society’s upper echelons or royalty. Past efforts to identify it in ceramics focused on highly decorative vessels associated with elite ceremonial contexts — think ornate drinking vases — leading to assumptions about how it was distributed and who could access it. What about the farmers who grew it and the communities of people who lived among these orchards? What of the general populace?

Who was allowed to use cacao?

A new study by UC Santa Barbara researchers Anabel Ford and Mattanjah de Vries asks these questions — and answers them — by examining cacao residues from ancient ceramics. Their results, published in the Proceedings of the National Academy of Sciences, demonstrate that it was, in fact, accessible to the general populace and was used in celebrations at all levels of society. Ford, an anthropologist, and director of the MesoAmerican Research Center at UC Santa Barbara, who for 40 years has been conducting research on the ancient Maya city of El Pilar, said:

“It had long been assumed that cacao for the Maya was an elite exclusive. We now know this is not the case. The imbibing of cacao was a luxury accessible to all. The importance is that it was a requirement of the rituals associated with it.”

To test the exclusivity of cacao use, the work examines 54 archaeological ceramic sherds. Originating from El Pilar — located between Belize and Guatemala — the sherds can be traced to Late Classic period civic and residential contexts, representing a cross-section of ancient Maya inhabitants. The study includes a chemical analysis of these sherds — specifically of the biomarkers for cacao: caffeine, theobromine, and theophylline. Ford said:

“The discovery of chemical signatures of cacao made the investigation possible, but the main active ingredient, theobromine, it turns out is not sufficiently discrete to be certain of the cacao attribution. Mattanjah (de Vries) and his students, in their chemical research, encountered the possibility of detecting theophylline, a specific component of cacao that could not be confused with anything else. His work was not archaeological, but he saw the potential for an interdisciplinary project.”

A distinguished professor and department chair of chemistry and biochemistry at UC Santa Barbara, de Vries has long been studying how DNA bases — the building blocks of life — and similar molecules respond to UV light and, he said, whether UV light “could have played a role on an early Earth, in the way nature selected those building blocks from a primordial soup of many such compounds. Mattanjah de Vries said:

“At some point I realized that some of the compounds we had been studying in this origin of life chemistry project occur in cacao, and thus can serve as biomarkers for cacao. Since we had already investigated the spectroscopy of these compounds in great detail, this presented an opportunity to apply that expertise to detection of these biomarkers for archaeology. We can find a needle in a haystack, provided we know what the needle looks like; in this case the target molecule was a certain biomarker for cacao. That ability is what made this analysis possible.”

In selecting ceramics to test, Ford and de Vries prioritized the vases from which cacao was likely drunk. They also tried bowls, jars, and plates. All vessel types had evidence of it. Ford said:

“This was a surprise at first, but giving thought to the presence and understanding of their uses, bowls would be good for mixing, jars would be right for warming the drink (a traditional cacao preparation) and plates appropriate for serving food with sauces that can contain cacao (such as mole poblano). Now that we know that the presence of cacao is in all vessel types, we need to understand the greater distribution and use of these important household forms.

“What is critical in our work is that the data I collected in the El Pilar — Belize River area emphasizes the ordinary households and not just the elite center. Our research thus breaks ground on the identification and the distribution.”

Provided by Shelly Leachman, University of California – Santa Barbara [Note: Materials may be edited for content and length.]