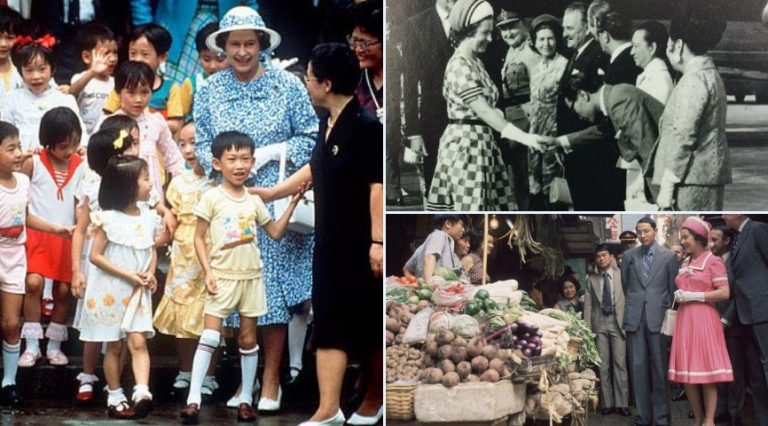 Like the majority of British people, people in Hong Kong have always known the Queen since they were born and were used to having her overseeing the country. Politicians have come and gone, but the Queen was always there. Queen Elizabeth II broke the record by having 15 prime ministers serving under her and her term in office also saw 7 Governors and 4 Chief Executives of Hong Kong. Her reign encompasses the history of Hong Kong’s climb to prosperity and decline to the current state.

Although the Queen couldn’t perform miracles in the end, she seemed to have a message for the people of Hong Kong: Don’t be afraid. No matter how absurd the things you may face now, there are still people looking after you.

The Queen was once the spiritual leader of the people of Hong Kong. For them, the Queen of England always seemed noble and elegant. And this had nothing to do with social classes. No matter the situations, the Queen always remained composed and calm. She reminded the world that this was the spirit of the British Empire. In the past, the education institutions in Hong Kong endeavored to help their students cultivate this kind of spirit, especially in some famous schools. Some people (from authoritarian countries) can never understand this kind of spirit which is able to unite people and resolve conflicts, and they do not believe conflicts can be resolved without resorting to harsh punishments or intimidation.

In the U.K., agents near the Queen are capable of dealing with personal safety issues and direct attacks, but they need not necessarily be inseparable by the Queen’s side. The Queen had often shaken hands and talked with the people without bodyguards near her. People had great respect for her and admired her courage. We’d like to ask the question: Why can’t the Chinese officials do what the Queen of England did?

Queen Elizabeth II had visited Hong Kong twice in 1975 and 1986. The first time was during the golden age of Hong Kong under Governor MacLehose. The second time was when the handing back of Hong Kong to Communist China becoming inevitable. During those two visits, people were able to get very close to the Queen as if she was a distant relative visiting their home. This was in great contrast with the Chinese leader visiting southern Shenzhen in 1997 with his entourage of security guards and the common people were treated as criminal and kept at a distance.

The British security would not prevent people from protesting. It was the responsibility of the British monarch to hear people’s voices. The Queen was used to seeing people protesting in front of her when she visited other countries. There had been people demanding the abolition of the monarchy in Canada and Australia, and she had always stayed calm in those difficult situations and never looked embarrassed. This highlighted the mind and core values of the British Empire. In contrast, if the Chinese leader or senior officials had encountered people speaking the truth, those people would be labelled as “disrupting social harmony” or “violating national security” and even made to disappear.

When Patten, the last Governor of Hong Kong visited Castle Peak Hospital, he was confronted by someone who unreasonably accused the UK of “selling out Hong Kong”. He just smiled and stopped to listen. This is a much more dignified behavior than reacting.

The protesters in the British system will not have consequences for speaking out. They will not be arrested by the state security and imprisoned without trial. In the security assessment of the Queen’s visit to Hong Kong, it was deemed “there was no risk”. The people of Hong Kong were highly satisfied with the British governance and they had nothing to complain about.

Queen Elizabeth II was indeed a wise monarch. A golden age would naturally emerge under good governance. It’s a pity that good times don’t last. Hong Kong has now ushered in the most tyrannical system under the National Security Law. How would the people of Hong Kong feel about this?