To Protect Its Mother, a Calf Swallowed a Knife 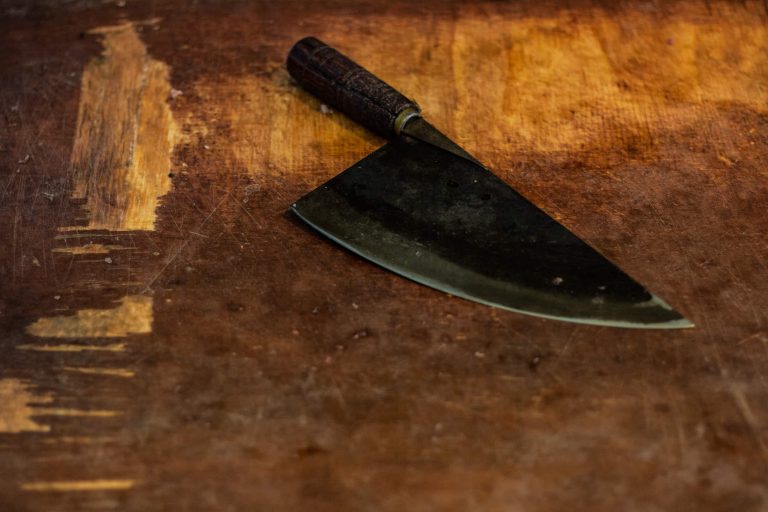 Throughout the ages, many stories have portrayed the strong bond between a mother and her son. The following story alludes to the fact that all things have a spirit; livestock, in particular, can show “affection” and “kind-heartedness,” as demonstrated by the story of a calf and its mother. This story took place in Shuyang County of Jiangsu Province in China.

Wang, a butcher who slaughtered cattle for a living, encountered something incredible. On one of his regular shopping days, when he set out to purchase stock for his shop, Wang decided to buy both a mother and calf to take home.

Upon arrival at the slaughterhouse, Wang decided to slaughter the mother first and then the calf. He tied the mother cow up with a chain and then turned around to sharpen his knife. At that moment, he heard a knocking at the door; Wang put the knife down on the table and went to investigate. Meanwhile, the young cow was quietly observing this scene unfolding.

As if instinctively knowing what would happen, the calf immediately went to the table, grabbed the dangerous knife in its mouth, and ran to the door of neighbor Sun. It kept knocking and butting the gate with its young horns. Finally, the Sun heard the continuous knocking and rushed to open the door.

Before his eyes, the calf was trying to swallow the butches knife. In the blink of an eye, it swallowed the whole blade. Then, it opened its eyes wide to stare at the old man and kept wailing in pain as if asking him for help. Shocked and overwhelmed by the bizarre scene Sun had just witnessed, he froze and could only stare at the calf crying in pain.

Meanwhile, the butcher returned to the workshop. He discovered that both his knife and calf had disappeared. He rushed out the door to look for it and decided to go to his neighbor, Sun, to ask him about it. As he explained his predicament, it soon dawned on Sun that it had swallowed the knife to protect its mother. In that instance, compassion arose, and he offered to buy the two cows from Wang at twice the price to save their lives. Luckily, the butcher accepted his offer.

Sun followed the butcher to the workshop. They unchained the mother cow to let her reunite with her calf. As soon as it witnessed its mother’s freedom, the calf fell to the ground. The mother lay quietly beside it and licked it lovingly. Moved by the heart-warming scene before him, Sun could not help but sigh, enlightened to the fact that all things had a spirit. Simultaneously he worried that the little cow was running out of time due to the swallowed knife.

Miraculously, the calf was still alive and well in a few days and did not seem to have any fatal hidden problems in its body caused by the butcher’s knife. Sun was relieved and felt like an enormous weight had been lifted from his heart. The spirits of the animals did not forget the old man’s grace for saving them. They plowed hard, with gratitude for the Sun family, every day until the end of their lives.

The cow that swallowed the knife spent more than 20 years in the Sun family before it died. After its passing, the local people still remembered the story of the cow that had swallowed a butcher’s knife. So, outy decided to cut it open and check its abdomen out of curiosity. To their astonishment, they saw a knife. It was intact, as though it had just been placed there.