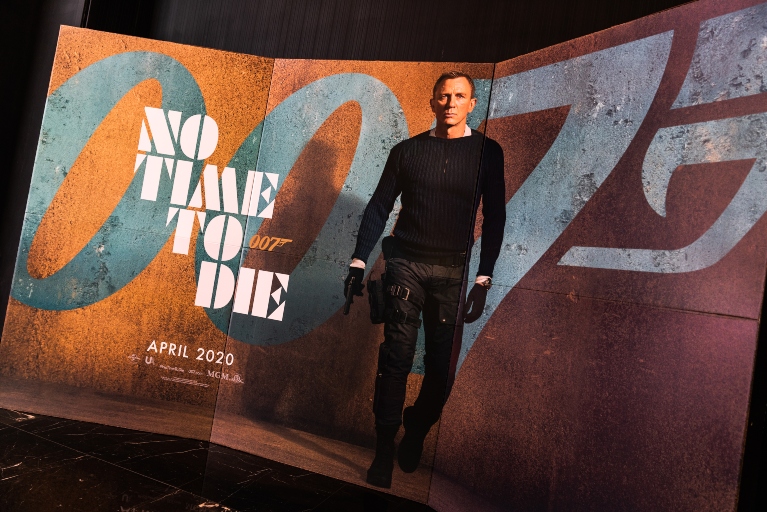 ‘No Time To Die’ is an enthralling 2-hour 45-minute thriller that moves away from the cliched 007 formula. (Image: Kawee Wateesatogkij via Dreamstime)

The long-awaited final mission of Daniel Craig, No Time to Die, may have come 18 months too late, but it doesn’t disappoint. Director Cary Fukunaga, who took over from the legendary Danny Boyle, brings a different side to James Bond. Cary shows us a new Bond, a romantic Bond, and an almost touchy-feely Bond open to showing his emotions.

Spectre may have disappointed many Bond fans, but No Time To Die upstages it. It starts where Spectre left off, with Bond retiring from MI6 to settle down with Madeleine. But — in characteristic Bond fashion — trouble follows them, hurling them into another death-defying adventure as Bond tries to keep the past from catching up with him. Now, he’s fighting for more than his country and queen; he’s fighting for love, survival, and the world.

No Time To Die is an enthralling 2-hour 45-minute thriller that moves away from the cliched 007 formula. Its ghostly introduction, in an icy Norwegian chalet, hints at the gloomy traumatic childhood of Dr. Madeleine Swann (Lea Seydoux). This intro also introduces a new enigmatic Bond villain, Lyutsifer Safin (Rami Malek), setting the stage for the “world-saving” action. Plus, this time, the villain, Safin, isn’t after Bond, but after his beloved Dr. Madeleine Swann.

First, Bond must try to stop the sinister Safin from unleashing “Heracles” (a DNA-targeting assassination weapon). And second, from his pursuit to control Madeleine — an object of his obsession.

On the one hand, Safin wants to release the nanotechnology weapon in a mass-killing attempt; on the other, he’s been obsessed with Madeleine for years. No Time To Die writers try to tie these two plots together, but unfortunately, this creates more questions than answers. Why does Safin want to destroy the world? What’s his endgame? How does his obsession with Madeleine contribute to his diabolical madness?

No Time To Die won’t give you these answers. But where it fails plotwise, it succeeds entertainment-wise with an exciting camaraderie between Nomi (Lashana Lynch) and Bond. Nomi, the new agent 007 after Bond goes AWOL, sells it hard despite having no plot development. She is compelling in every scene she’s given, leaving you with the urge to know more about her.

Bond also teams up in his quest with another operative named Paloma (De Arma) from the CIA. Unfortunately, like Nomi, De Arma’s character did not reveal more about her or her past. However, nobody can complain much because this was Daniel Craig’s last hurrah as 007. And he had to get as much spotlight as possible.

Despite their limited screen time, Lashana Lynch and De Arma do well to silence doubters of a female 007. In addition, they set the pace for a possible spin-off and a lead role for a female agent 007.

Also, in more than seven Bond franchises, previous Bond movies have had memorable villains, from Le Chiffre in Casino Royale to Ernst Stavro Blofeld. Unfortunately, Lyutsifer Safin doesn’t sit among the greatest James Bond villains. Rami Malek plays the character perfectly, embracing the weirdness and eccentricities of Safin. However, like all newcomers in the movie, he doesn’t get enough character development.

No Time To Die may have its fair share of shortcomings, but it thrives on its action scenes. It has a top-notch cast, great directors, and excellent writers who came together to give Craig one last action-packed adventure. And you’ll love the intro music by Billie Eilish. But, unfortunately, it also vindicates Craig and the James Bond franchise’s previous failure, Spectre.

Building its storyline from Spectre was also a calculated risk that paid off. However, what failed was the writers’ attempt to weave every movie (Quantum of Solace, Casino Royale, and Skyfall) into the greater story arc of No Time To Die.

But with all its flaws, No Time To Die is worth watching. It ushers in a new 007 era of grandeur, mystery, and fantastic stunts. It’s funny, action-packed, suave, and futuristic, setting the stage we’ve all been longing for.

What a fitting ending for Daniel Craig’s James Bond.