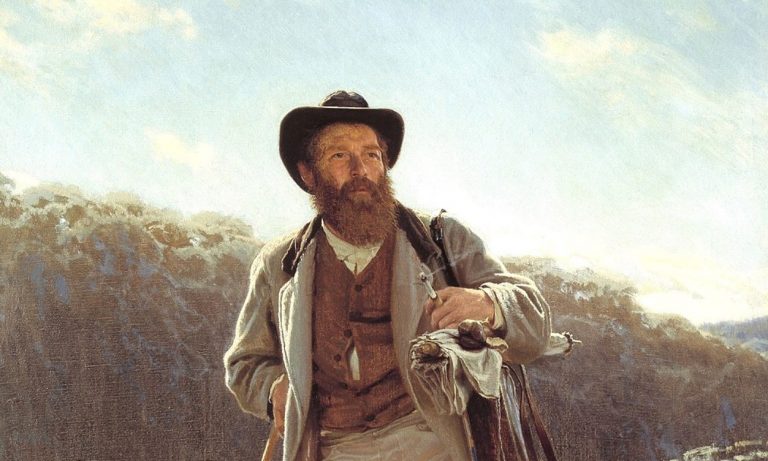 The Russian painter specialized in painting landscapes not just of Russia but of different countries worldwide. (Image: via Public Domain)

How did one Russian painter create works of art emphasizing the sky? Learn more about Ivan Shishkin and his landscape artwork.

The sky is already a work of art, and this is something Ivan Shishkin, a great Russian painter, knew too well. The artist is well known for landscapes and how he can divinely capture nature.

Ivan Shishkin knew his role as an artist and what he wanted to portray, the beauty of nature. Throughout his works, you can see how he masterfully showed what would usually be considered mundane in a way you can see its beauty.

If you’ve seen his paintings or have no idea who he is, this article will explain three of his paintings that show the beauty of the sky.

While nature is already beautiful, sometimes we forget to see its beauty until we come across a work of art portraying it.

Who is Ivan Shishkin?

Before we dive deeper into his paintings, let’s first talk about the artist. Shishkin Ivan Ivanovich lived from 1832 to 1898 and is a famous Russian painter.

The Russian painter specialized in painting landscapes not just of Russia but of different countries worldwide.

As a son of a merchant family, Shishkin lived an everyday life, but he couldn’t learn in an ordinary school. So this is where he went to art school at the university of St. Petersburg.

While the university taught students about architecture, sculpture, and painting, the Russian painter spent much of his time at the plenary.

3 paintings by Ivan Shishkin that glorify the sky

1. ‘Noon in the Neighborhoods of Moscow’

The exciting thing about this painting is that the ratio focuses mainly on the sky instead of the land. Although great detail can be found on the ground, he gave respect to the beauty of the sky by giving it the space it deserved.

View near Dusseldorf displays the genius of how Shishkin was able to emphasize the rays of light. While immense detail can be found in the landscape, one thing that pops out is the rays of light coming from the heavens. The contrast of darkness and shadows was also craftily inserted into the painting to give more focus to the sky.

Without realism, the Russian painter created his version of clouds that looked like they were coming from darkness in the lower left section to light in the upper area of the painting.

The beauty of Ivan Shishkin’s paintings

The paintings by Ivan Shishkin show the true soul of a traveler. True to his life, the artist could both learn about the sky and show his different versions of it.

Shishkin’s paintings aren’t just limited to beauty in the sky; they revolve heavily around the landscape. While he occasionally used subjects in his paintings, most of them focused on the beauty of nature.

The artist’s paintings, to this day, show the perspective of a person in love with the world. As reflected in his real life, Ivan Shishkin continually moved around to experience the world’s beauty.

The paintings above were not the only ones that Ivan Shishkin made that showed the glory of the sky. They are only a fraction of his many artworks that showed the true beauty of nature.