3 Stories of the Power of Kindness 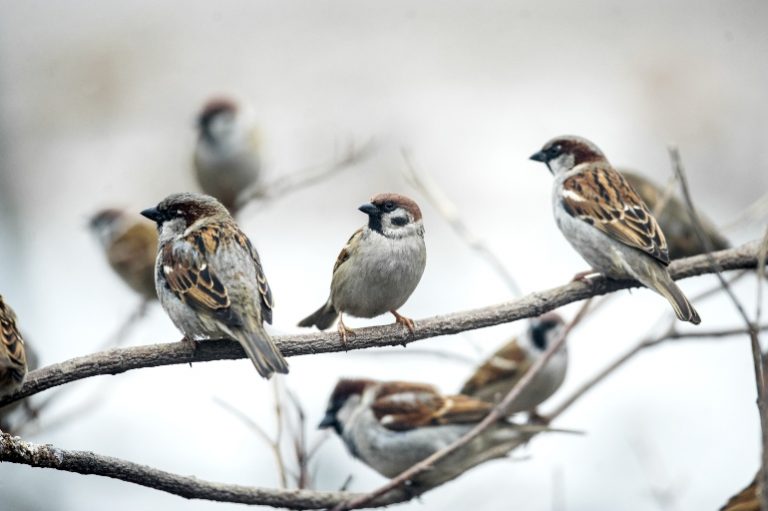 Traditional Chinese culture is full of stories of kindness, and the divine rewards those who express it for their good deeds. (Image: Olga Itina via Dreamstime)

Traditional Chinese culture is full of stories of kindness, and the divine rewards those who express it for their good deeds.

Mr. Fan’s wife was on the verge of death from tuberculosis. A doctor told Fan: “Please use 100 sparrows and grind them into powder to make pills. After taking them for thirty-six days, take the birds’ brains on the thirty-seventh day. She will then be cured. Remember, one sparrow less will not do the job.”

Mr. Fan followed the doctor’s instructions and started to catch sparrows. His wife was furious when she knew about it and said: “Killing one hundred lives to cure my illness is not the right thing to do. I would rather die than commit such a thing.”

Mr. Fan opened the cage and released all the sparrows at his wife’s insistence. Surprisingly, because of her act of kindness, she fully recovered soon after. She also got pregnant and gave birth to a healthy boy. However, when the child was born, dark spots on both his arms looked like tiny sparrows.

Compassion for a concubine brings happiness to a family

Wu Cilu was in his fifties. He had a son named Guoyan, who was married. Guoyan felt his body’s essence was weak, resulting in his wife’s inability to conceive. Guoyan wanted his father to have another son for the family and conveyed this wish to his mother, whereby she agreed.

When Wu Cilu heard this, he said: “Our family is poor, and I already have a son; why do I need another son?”

Meanwhile, Guoyan and his mother secretly sold off some of their possessions and went ahead with the idea. They bought a concubine for Wu Cilu, but to their dismay, they discovered the concubine was a frail and sickly woman.

A doctor was called upon to examine the concubine; he advised Guoyan and his mother that the concubine’s illness could not be cured and that it was better to sell her off to another buyer before it was too late.

Guoyan and his mother then informed the “matchmaker” that they wanted to resell the concubine to other potential buyers. Unfortunately, Wu Cilu was informed of this only after the negotiation had been done.

Wu Cilu said: “I didn’t want a concubine in the first place. I was kept in the dark, and a mistake was made. How could we continue ruining someone’s life like this? As long as this concubine is still with us, there is hope for her to give birth. She might not have had a chance if she had been made to leave our home. How could we abandon her for a little bit of money?”

As it happened, Wu Cilu told the buyer the truth about the concubine, returned the money to him, and kept the concubine. To everyone’s surprise, the concubine’s health improved every day after that, and eventually, she was pregnant and gave birth to a healthy son for the Wu family.

The Blue Phoenix Pays a Debt of Gratitude

During the Song Dynasty (960-1279), a young man named Yang Bangyi was studying in a temple; he noticed the statue of a blue phoenix whose wings had fallen off. The phoenix, perched on the body of a Buddha statue, had been badly damaged over the years by water leaking from the temple roof.

Bangyi sighed and thought: “What a shame!”

Wanting to fix the statue, but unable to afford it on his own, he decided to ask his classmates and some wealthy gentlemen for donations. After collecting enough money, Bangyi repaired the temple and had the phoenix’s wings connected back to its body.

A year passed, and Bangyi went to the capital to take the imperial exam. Participants were asked to write an essay and a poetic couplet that year. So the aspiring scholar got to work and, in no time, completed the essay portion and wrote the first line of his poem:

But try as he might, no words came to mind for the poem’s second line. Hours passed, and it was almost time to hand in his work.

Suddenly, an elegant blue phoenix appeared in the sky, calling to Bangyi before flying away. Struck with inspiration, the scholar wrote down a matching couplet right away:

Satisfied with his work, he set down his brush and handed in the paper. The couplet was considered a masterpiece, and Bangyi was placed first in that year’s exam.

The phoenix is considered a divine bird of great wisdom and virtue in Chinese culture. In return for restoring its body and rescuing the temple, the phoenix blessed Bangyi with a bright future.

The above true stories indeed show us the power of selflessness and kindness.