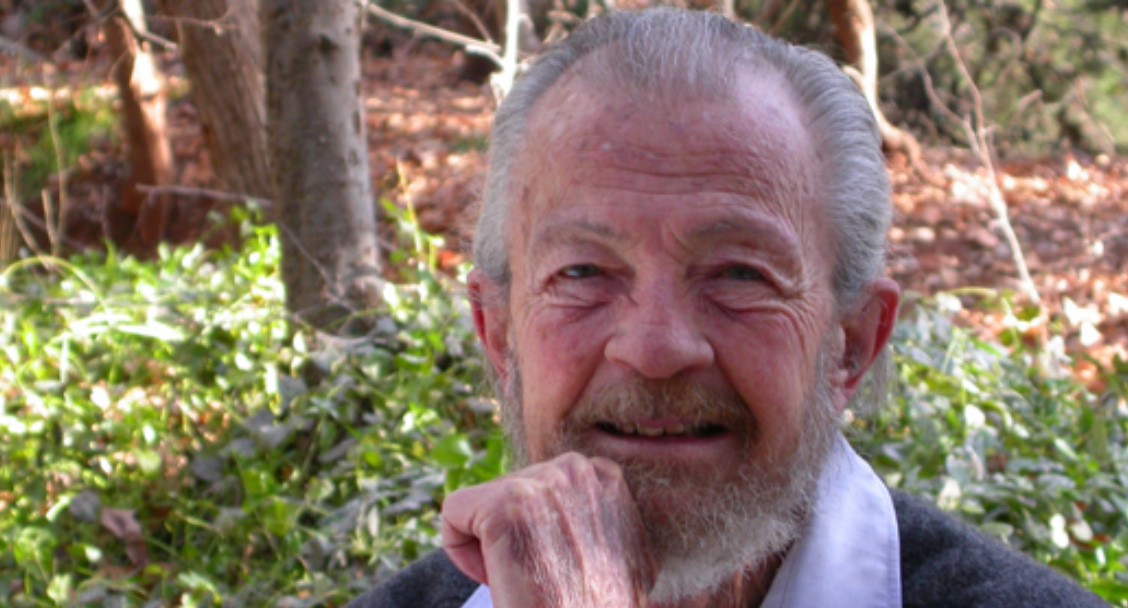 If someone is enlightened enough to claim that human consciousness energy levels can change the human body and the surrounding environment and determine the person’s fate, that would be a remarkable claim. Such a claim was put forth by Dr. David R. Hawkins.

David R. Hawkins was born in El Paso, Texas, but grew up in Wisconsin. He attended Hotchkiss School in Lakeville, Connecticut, but left after his junior year to enter Stanford University. David R. Hawkins initially studied chemistry but switched to physics before finally majoring in philosophy.

In 1936, David R. Hawkins enrolled at the University of California, Berkeley, to work on his doctorate. He became friends with Dr. Robert Oppenheimer, the “Father of the Atomic Bomb,” with whom he liked to discuss Hindu philosophy and issues in the philosophy of science, such as the uncertainty principle and Niels Bohr’s complementarity. He earned his Ph.D. in 1940, writing his thesis on A Causal Interpretation of Probability.

After graduating, David R. Hawkins worked at Berkeley until May 1943, when Dr. Oppenheimer recruited him to work at the Manhattan Project’s Los Alamos Laboratory as his research assistant.

“I was intrigued by the thought of being part of this extraordinary development,” he later explained, “and it was still, of course, in those days entirely focused on the terrible thought that the Germans might get this weapon and win World War II.”

Following the war, as Medical Director of the North Nassau Mental Health Center (1956-1980) and Director of Research at Brunswick Hospital on Long Island (1968-1979), Dr. David R. Hawkins had the largest medical practice in New York state.

In 1973, he coauthored Orthomolecular Psychiatry: Treatment of Schizophrenia with double Nobel Laureate chemist Linus Pauling. However, an unexpected and shattering realization of the oneness of all existence transformed Dr. David R. Hawkins’s life in midlife.

The first quantitative study of consciousness

It took Dr. David R. Hawkins 30 years to articulate the experience in a quantitive sense that would be meaningful to other researchers. In 1995, at age 68, he published Power vs Force, the first academic study of human consciences. His research on human consciousness and body vibrational frequencies eventually led to the publication of The Map of Consciousness Explained.

During his research, the randomly selected test subjects spanned the United States, Canada, Mexico, South America, Northern Europe, and other places, as well as various areas of diversity such as race, culture, industry, age, and so on. Millions of data were accumulated, and more than 250,000 comparison corrections were made to determine a person’s values, attitudes, and emotions that represent the person’s level of consciousness.

His research determined that people’s different states of mind and emotions have different vibrational frequencies. In Dr. Hawkins’s spectrum of consciousness and what each energy level manifests, the energy level of 200 is the cut-off point.

This represents a vibrational frequency of 20,000 Hz. An energy level below 200 is damaging and harmful to people. Dr. David R. Hawkins believed that when a person’s energy level was below 200, they were prone to get sick. Usually, people’s evil thoughts will cause them to be at the lowest energy level, but when they suffer great pain, their energy level will also be shallow, hurting their health.

“Shame” has the lowest energy level of 20 and is close to death. People at this level feel very lowly and miserable, such as when being beaten, scolded, deceived, ridiculed, and humiliated. In this state, they feel worthless and don’t even want to live anymore.

Some lose this battle with shame and take their own lives. In this Internet age, cyberbullying has brought many tragedies. Some people gossip and tell tall tales and shame others, not knowing how destructive it is on emotional and psychological health — it can induce damaging low self-esteem.

Next is “guilt,” which has an energy level of 30. People at this level have a deep sense of guilt or know they have done bad things; for instance, murderers on the run and gangsters. At this level, the psychological reaction of such people is intentional and evil.

These two levels of consciousness, “shame” and “guilt,” can also be understood as both the victim and abuser to a certain extent. However, no matter what kind, the consciousness energy level is the lowest because the victim may become the abuser for revenge because of the shame. Few people were at this level in Dr. David R. Hawkins’ research.

This is followed by “apathy,” which has an energy level of 50. People at this level care neither about themselves nor others. They are fatalistic. They view their own lives, the rest of the world, and other people from a state of helplessness and uselessness. Most of them have addictive tendencies. They are deeply addicted to drugs, alcohol, and medicine, and their consciousness is at this level.

People with any of the three kinds of consciousness stated above can be said to be living in hell.

The significance of a consciousness level beyond 200

When the energy level reaches 200, consciousness begins to show positive results. The first is “courage” (200) which features grit, determination and taking self-responsibility. Then there is “neutrality” (250). The next is “willingness” (310), and people at this level are willing to take the initiative to complete their tasks because they do not let pride get in the way.

They are open to looking at their defects and are willing to work on them. Moving forward is “acceptance” (350), and at this level, people see that the source of happiness is within themselves. For successful entrepreneurs, politicians, and outstanding figures from all walks of life, most of their consciousness energy level is 200-350.

Further on are “reason” (400) and “inner love” (500). Such people are likely to reach outstanding achievements in the scientific or ideological world. It is said that people such as Einstein and Newton belong to this level. Unfortunately, few people in human society can reach an energy level of 400 to 500.

When a person’s consciousness energy level reaches 540, it is the “inner joy” level. Such a person’s mind has extraordinary energy. Within the range of this energy field, even if their body is sick, they still feel relief and are mentally at ease. When it comes to “peace” (600), people will have more obvious energy of thought and power of healing and be more able to care for others.

Consciousness energy of 700-1,000 is the level of all enlightened beings who have created spiritual paradigms in history and can be followed by all generations. Dr. David R. Hawkins said he had the privilege of personally meeting one such person, Mother Teresa.

Mother Teresa was awarded the Nobel Peace Prize in 1979. Everyone present was filled with inexplicable happiness when she walked into the room. Her appearance made people almost forget about any distractions and resentments.

Devine consciousness: Archived by Christ, Shakyamuni, Krishna, and Lao Tzu, among others

According to Dr. David R. Hawkins’ research, only 12 people in written history emerged with an energy level of 1,000, or those with divine consciousness. He believes that the birth of these people brings blessings to humankind and can affect the consciousness energy field of all human beings.

Its consciousness is entirely divine. Legend has it that as soon as Jesus Christ appeared in a particular village, the mood of the surrounding people became extremely clear and pure. Shakyamuni and Krishna in India and Lao Tzu in China also belong to this level.

Your energy level determines all

The experimental results of Dr. David R. Hawkins and others show that each person’s energy level is determined by the person’s beliefs, motivations, behavioral norms, and spiritual realm. The energy level determines everything in a person’s life.