Reviving the Ancient Nutritional and Culinary Value of Buckwheat 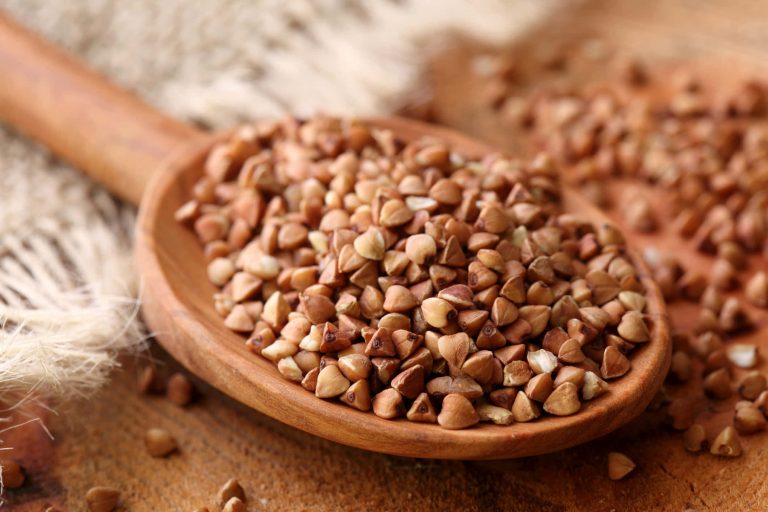 Buckwheat is a nutritional and tasty grain that create many dishes and foods. (Image: Elena Schweitzer via Dreamstime)

Buckwheat is a pseudo-cereal commonly grown in China, Kazakhstan, Korea, Japan, Russia, and Central and Eastern Europe. It is usually processed into flour, groats, and noodles and can also be used to make tea.

The plant originated in northern China, and archaeologists have dated its cultivation as early as 2600 BCE. It has since regained popularity due to its high nutritional content and antioxidants, rendering it a super-food, especially for people with celiac disease.

This healthy plant contains fiber, minerals, proteins, complex carbohydrates, and vitamins such as thiamin and riboflavin. It is an excellent whole grain for people with diabetes as it helps regulate blood sugar, promotes cardiovascular health, and helps maintain a healthy weight.

Unlike regular wheat, buckwheat is gluten-free. Therefore, it’s a good source of gluten-free flour that you can convert into various delicacies for celiacs.

You can also cook the grains as an alternative to rice or grind them into flour for various purposes.

Its use in Asian cuisines

Since time immemorial, buckwheat has been consumed as a functional staple food in most Asian countries and as a medicinal herb among the Chinese.

Due to its rich nutritional value and flavor, it has been used in China for decades to make local delicacies such as wantuo, helao, cat’s-ear noodles, pancakes, porridge, noodles, also known as vermicelli, griddle cakes, and jelly noodles among others.

In India, buckwheat, known as kuttu, is ground into flour used to make unleavened bread and kuttu pakora, a type of crisp spiced food sold by street vendors and served in restaurants. It is also used to make kuttu cutlets and kuttu ka paratha, especially during fasting.

In Japan, it is ground into flour used to make the famous soba noodles. Soba, which means buckwheat in Japanese, gained popularity among the Japanese in the 1970s due to its high nutritional content and medicinal value. Buckwheat is also used to make roasted groats, another popular cuisine in Japan.

In Korea, it is used to make noodles (guksu) and rolled pancakes (memil chongtteok). In a Korean medical book by Heo Jun (1546-1615), it helps alleviate indigestion problems no matter how chronic they have been. It also detoxifies the liver, acts as a diuretic, helps bowel movement, and lowers bad cholesterol in the blood, making it popular among Koreans.

In Eastern Europe, the groats are toasted and eaten as porridge or ground into flour and made into soup.

In Russia, it is dubbed Russia’s miracle food or grechka, was prepared in almost all meals of the day. It paired well with whatever meal was prepared alongside it. The classic buckwheat and mushroom casserole remains one of Russia’s favorite meals.

Tartary buckwheat is also used to produce drinks, such as tea, beer, vinegar, and liquor, which are enjoyed across China today.

Today, people worldwide consume buckwheat products such as cakes, biscuits, bread, noodles, and spaghetti. It is also germinated to produce shoots which are consumed as vegetables. The nodes can also be processed and canned.

Pure buckwheat flour is gluten-free and is therefore safe for consumption by celiacs or anyone trying to go gluten-free. However, some store-bought flour, such as pancake mix, bread, noodle, or cake mix, might contain some wheat flour mixed into them, meaning they may not be gluten-free.

When purchasing your gluten-free flour from the store, always crosscheck the ingredients to be sure it does not contain a trace of wheat.