Helicopter Parenting: 3 Types of Damage it Can Inflict on Children 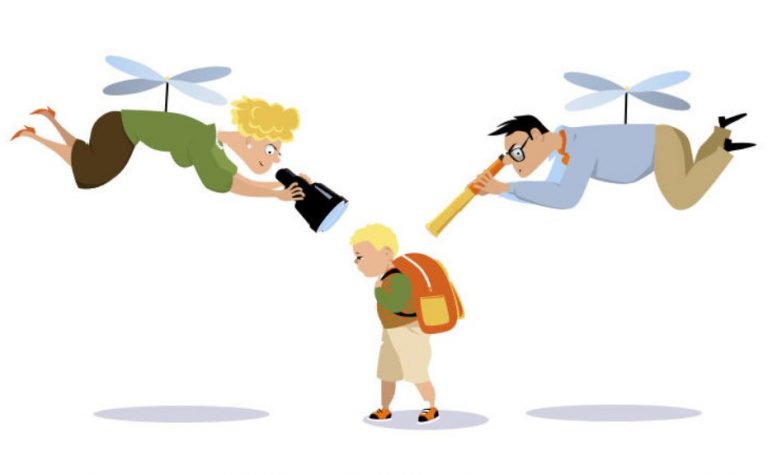 The term helicopter parenting describes a parent who is overly observant of their child's needs. (Image: via Public Domain)

Not everything done with good intentions leads to positive outcomes, which is evident in the case of helicopter parenting. Find out how hovering moms and dads affect the lives of their growing children. Helicopter parenting is a style where parents “take too much responsibility for their children’s experiences,” says Carolyn Daitch, Ph.D. (Edtechreview).

Before everything else, it’s essential to acknowledge that parents sacrifice so much for their children; however, it can be easy to turn into helicopter parenting when the child grows up.

What is helicopter parenting?

The term helicopter parenting describes parents who are overly observant of their child’s needs.

It’s usually hard to gauge when something is done excessively, especially when looking out for children. Of course, most parents want the best for their kids, but when is something too much?

How to recognize helicopter parenting

This illustration of the characteristics of so-called helicopter parenting is in no way intended to judge any individual.

Let’s take an objective look at parents who are over-focused on their children.

Helicopter parents are not all bad, but sometimes they can take things a little too far, which could negatively affect their children.

Anyone interested in doing self-reflection is welcome to check off the following 7 points:

Just because you may have checked off on some or all of the points above doesn’t make you a bad parent. Instead, it just gives you some food for thought.

Ask yourself where you want your children to be in the future — whether you intend to get them there or they will get there on their own merits.

The Roman poet Ovid said: “Most safely shall you tread the middle path.”

What are helicopter parents?

In the past, the term “helicopter parents” was used to describe parents of younger children living at home. This term started in the 1990s in the United States.

Later, educational experts decided to use this term to describe middle-class parents hovering around their children’s affairs. These include trying to oversee and organize almost every aspect of their lives.

There is considerable discussion as to why parents have started to behave this way.

Ralph Waldo Emerson, an American philosopher, said: “Men are what their mothers made them.”

The statement is still valid on some level today. One explanation that makes good sense comes from Dr. Paul Redmond, head of careers at the University of Liverpool.

Dr. Redmond said that the rise of helicopter parenting could be linked to different policies and the commercial promotion of the university sector, with high fees and a competitive landscape.

This means that the policies, plus the fact that the university sector is marketing itself to the public, have turned parents from behaving like guardians to behaving more like consumers.

The mindset that some of these parents have adopted is, as Dr. Redmond puts it: “They pay the money; they expect to see results.”

However, this can’t be seen as all bad since some parents work their whole lives to provide their kids with a better future.

The problem with helicopter parenting

Caring for parents is good, but helicopter parenting has some disadvantages to their children’s development. Here’s how they can affect their children:

1. Lack of tolerance for failure

Since a grown-up isn’t accustomed to not getting their way, it could be harder for them to deal with failures later in their lives.

Imagine not getting picked for the sports team and a parent talking to the coach, and magically, the child gets in. What would happen later if the child builds a business and is rejected by society since the product isn’t in demand?

Children have to grow up with some form of resilience to failure. This means that parents should still allow their children to fail in a safer environment to learn how to deal with it earlier in life.

The more children are used to having things their way at the expense of others, the more entitled they might become as they grow older.

Not many children know how to do this, which can sometimes be attributed to helicopter parenting. When a parent tries to ensure that when a child wants something they get it right away, they are taking away their potential to become independent.

Without an opportunity for grown-up children to learn to take care of themselves, the problem only amplifies as they age.

While some might not mind being with their parents most of the time, what happens when they get a job?

Allowing your grown-up child to experience rejection, failure, and hardship is fine. As a parent, the key is determining which things to help your child with and which items they should do independently.