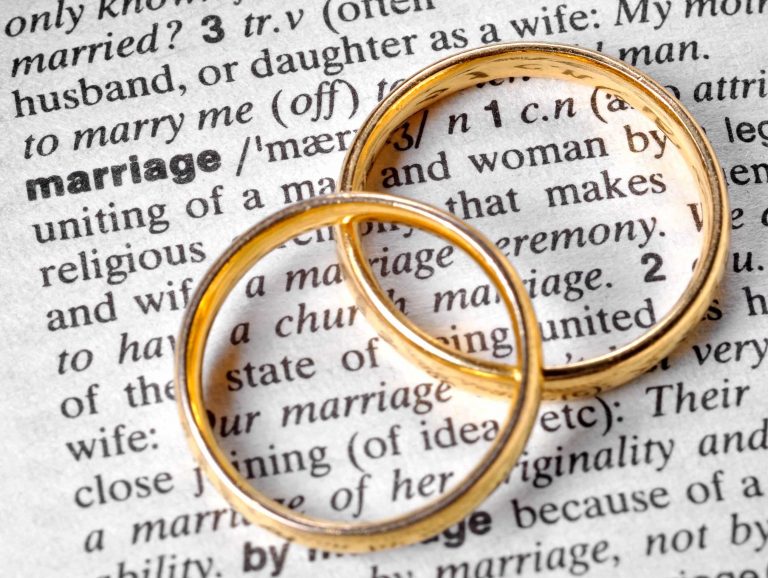 Today, with the disappearance of traditions and the lack of wisdom, many modern-day people have fallen into a great deal of confusion on the issue of marriage and love. (Image: via Dreamstime)

Traditional Chinese weddings carry many cultural connotations and pearls of wisdom. Today, with the disappearance of traditions and the lack of wisdom, many modern-day people have fallen into a great deal of confusion on the issue of marriage and love.

Chinese culture has an essential concept of “matching” the two families to see whether they are compatible in terms of background, economic conditions, social status, and other aspects. If the gap between the two sides is far apart, the party of lower quality would politely decline by saying: “sorry, our family is not up to your status.”

However, in today’s society, people often go for money in everything as though if a woman could marry into a wealthy family through her youth and beauty and step into the upper class, it is the greatest manifestation of her value. As a result, many girls desperately hope to advance to a higher social level through marriage.

Many people envy girls from ordinary backgrounds who can marry into wealthy families. However, if we consider it carefully, marrying into a wealthy family is not what most people imagine it to be, like “the prince and princess live happily ever after,” as it is only the beginning of another journey.

There are many situations to deal with in marriage, such as being born into an ordinary family. But to live a wealthy family life, the woman has to meet the high standards of rich family life, which have many complexities inside and outside the family.

In terms of relationships, if the woman has never dealt with them before, it can be overwhelming, and this has caused such women to fall into depression and be unhappy.

In the traditional concept, people emphasize a kind of equivalence, that is, to find a family of equal status. However, facts have also proven that when the two families have similar conditions, growth background, and social status, the two sides will have more in common regarding lifestyle, language, and communication.

Second pearl: Keep at a respectable distance before marriage

In ancient times, there were matchmakers to mediate and let the families on both sides get to know each other and see if the man and woman were suitable. In this way, regardless of whether the marriage is successful, there is a buffer and protection mechanism for both the man and woman.

In modern society, there are very few matchmakers. However, many social networking sites act as matchmakers. For example, for some dating, marriage, and love sites, people only need to register an account.

On the surface, it seems to be very accessible. Still, the ease of making friends online can also lead to social problems, such as one-night stands, unmarried cohabitation, unwanted pregnancies, and abortion.

Therefore, before marriage, both men and women should keep a distance, protecting both sides.

Third pearl: Gifts to convey affection rather than material value

For the ancients, a man’s family would give the bride’s family a betrothal gift after the marriage was confirmed. It is a gift to convey affection rather than value. Therefore, even if the family was poor in ancient times, it was still possible for the man to marry the bride by having a light and affectionate marriage ceremony.

In modern relationships, we often see blind dates. For example, many girls would ask the men: “Do you have a car? Do you have a house?” The man seems not qualified to talk about love and marriage without these conditions.

There have been instances at weddings when the girl’s family suddenly changed their minds, asking for more dowries, and the man was caught off guard and couldn’t come up with it, which eventually led to the termination of the wedding and the end of the fate of the couple.

Fourth pearl: Ceremonial bows to Heaven and Earth, and parents to testify to the wedding

Then, the procedure changed. Since 1929, the Communist Party of China (CCP) promulgated a series of resolutions and decrees to reform the marriage system, and the form of traditional Chinese weddings has changed since then.

In addition, since the CCP’s long holidays are scheduled on “May Day” and “October 1,” working people have to arrange their weddings to be held during these holidays. Therefore, wedding anniversaries or any significant event in many people’s life in China are quietly linked to the festivals of the CCP.

In traditional Chinese weddings, Heaven and Earth and parents are invited to testify, which makes the marriage solemn and sacred, and effectively guarantees the stability of the marriage.

Traditional Chinese weddings had a series of processes and were very ceremonially focused. There were six basic steps, namely, making a proposal of marriage, matching the birth dates, sending betrothal gifts, sending wedding gifts, choosing the wedding date, and the ceremony itself. These etiquettes started during the Western Zhou Dynasty and lasted until the Qing Dynasty.

The various steps and etiquettes show the importance of marriage. The ancients regarded a wedding as an essential part of human relations, so they paid much attention to it.

However, in modern society, people often cut short these forms. For example, around 2008, “naked marriage” appeared, which means nothing is required, that is to say, no wedding, no ring, no house, no car, or even honeymoon. Both men and women only need to obtain a certificate.

Because it became so easy, marriage has not been taken very seriously. So we see that the ancients had their reasons for paying attention to the sense of ritual.

Of course, other pearls of knowledge may be used for reference today apart from these five points of wisdom. For example, in modern society, marriage often brings confusion, pain, and even separation, so people look for stability, permanence, and happiness in marriage in traditional culture.