Where Do Fame and Wealth Come From? 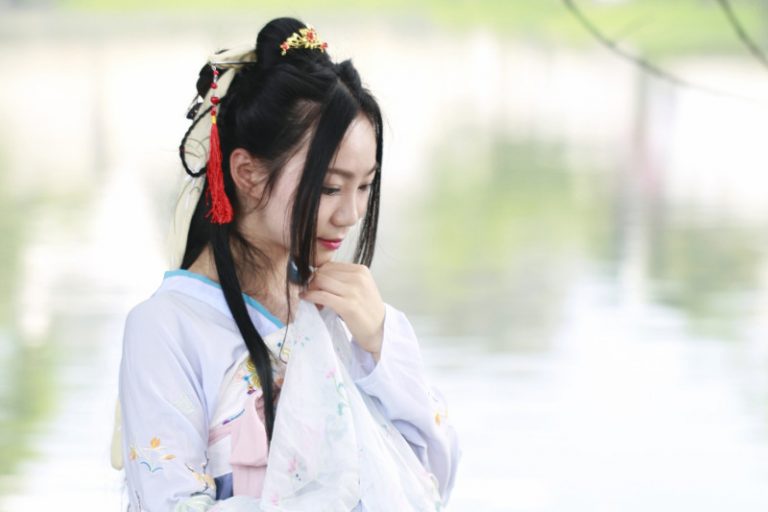 During the Qing Dynasty, Zhang Xiongluo, a native of Henan, married a beautiful young lady from his village. (Image: Mengzhang via Dreamstime)

Fame and wealth are what most people are looking for; however, it does not come from anywhere. Here are two short stories that help to explain the source of fame and wealth.

Precious words in the chamber

During the Qing Dynasty, Zhang Xiongluo, a native of Henan, married a beautiful young lady from his village. However, the bride cried bitterly on her wedding night and Zhang asked her why.

Finally, the bride said: “When I was a child, my father promised me to Shi. Later, my father was disgusted with his poverty and forced him to withdraw from the marriage, so I married you.”

Zhang did not know how to handle this matter, which was a severe problem. The bride wanted to die, but Zhang Jun could not stand by and let this happen, so he said: “Shi is my good friend. I should let you tie the knot happily. However, you must not commit suicide.”

That night, Zhang slept in the other room. The following day, he told his parents what had happened to the bride. They quickly sent someone to call Shi and especially to find a spare room for them to consummate the marriage.

The Zhang family gave their dowry to Shi and sent the original matchmaker to convey it to the woman’s father. “Your daughter was already promised to Shi, and now they are together and happily married. You will have to sue the official for justice if you disagree.” The bride’s father feared a lawsuit and did not dare to object to this. He thus let the marriage of his daughter and Shi stand.

That year, Zhang Xiongluo was accepted to the imperial examinations and successfully passed. Afterward, he joined the government and worked his way up to the position of Gongzhan, an official in charge of palace affairs.

Meanwhile, Shi also passed the imperial examinations, and his wife gave birth to a daughter. Later, their daughter married into the Zhang family and served the elderly Zhang with great filial piety and virtue.

Zhang Xiongluo helped his friend, which was very noble. Subsequently, he became a government official, and Shi’s daughter, his daughter-in-law, served him with filial piety and respect.

Zhang’s behavior not only preserved the human nature of the couple, but also followed God’s will. As a result, Heaven was also satisfied with the good karma they had made, benefiting themselves and others.

Fame and wealth come from virtue

Cai Kunyang, a native of Deqing County, was a scholar in the ninth year of Kangxi (1670). He was already 40 years old, but he had no children at that time. So his wife quietly saved up 30 gold and bought a concubine for him. She intended to let her give birth for the Cai family to continue.

When the concubine entered the room, she cried all the time. Cai Kunyang felt strange, so he asked her what she was crying about. At first, the concubine did not dare to tell. But when Cai asked her, she told the truth. It turned out that the concubine was already married, and her husband could not repay the debt owed to the Emperor’s soldiers, so the couple was separated.

Cai quickly went to her husband’s house that night and said, “It is not difficult to pay the debt. I can solve it for you. However, I can’t go home tonight, and once I do, I won’t be able to show that I am sincere.” So he slept at the woman’s husband’s house.

The following day, when the soldiers came to collect the money owed, Cai said: “You have violated the law to force the debt, but I will not bother with you now. Bring me the debit note, and I will pay you back at once.”

The soldiers had never met such a righteous man and were immediately moved to accept the money owed and return the debit note to them.

After the debt was paid, Cai sent someone to carry the woman in a palanquin back to her husband, and he gave them another 30 gold pieces to live on. After that, Cai’s wife became pregnant and gave birth to a son. Cai also became the top scholar in the ninth year of the Kangxi era.

Cai was generous and righteous and did not think about the loss he suffered. He was more concerned about saving the couple’s marriage. His fame and wealth were not derived from his accrued, virtue but from his accumulated good deeds.