Why Are Most Couples Reluctant to Have a Second Child in China? 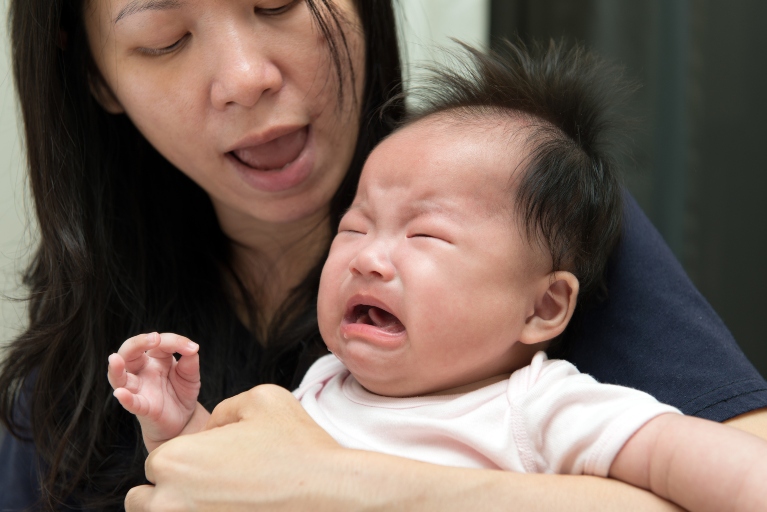 After three decades of a policy that limited most families in China to one child, the most significant overhaul of its family planning rules in over 35 years is not going as planned. (Image: Kenishirotie via Dreamstime)

After three decades of a policy that limited most families in China to one child, the most significant overhaul of its family planning rules in over 35 years is not going as planned. Instead of welcoming the news, many families in China have said that one is enough, with many citing the rising cost of living as a significant consideration in their decision.

Most couples are reluctant to have a second baby

A recent survey, co-conducted by the state-run All-China Women’s Federation and Beijing Normal University’sNational Innovation Center for Assessment of Basic Education Quality, interviewed 10,000 families with a child under 15 years old in 10 provincial-level regions, including Beijing and Liaoning.

The survey results revealed that 53 percent of the respondents were reluctant to have a second child despite the government’s move to amend the decades-old policy.

According to the survey, the critical factor for most parents considering a second child is the 1) quality of public services, including kindergartens and schools; 2) quality of baby products; 3) living environment; and 4) access to medical treatment.

Survey results are supported by lower-than-expected application rates for a second child. For example, China’s National Health and Family Planning Commission reported that by the end of May 2016, only 1.45 million of 11 million eligible couples had applied.

The Qianjiang Evening News, a state-run newspaper in the coastal province of Zhejiang, reported that one month after the province began a trial period for the new two-child policy in three cities, only 300 applications had been received, far lower than expected.

Since its inception in 1979, China’s one-child policy has been credited with helping foster China’s surging economy by slowing population growth. But the family planning restrictions have produced an array of unintended consequences. In 2012, there were about 40 million more men than women, including 18 million more boys than girls under the age of 15.

In addition to a surplus of single men, China also faces an impending crisis in its working-age population, which peaked in 2012, leaving fewer gainfully employed people to care for their parents and older relatives.

In response to the looming demographic crisis, the government announced a newly revised Law of the People’s Republic of China on Population and Family Planning, which took effect on January 1, 2016. Under the new rules, married couples, where just one parent is an only child, can also have a second child, and more may be allowed where the requirements specified by laws and regulations are met.

Expectations lowered in the face of economic reality

Recent survey results and low participation rates reveal a significant setback for the government as it embarks on a program to encourage couples to have a second child. Most survey results point to the rising cost of child-rearing to the reluctance to have more than one child.

To prepare a child to succeed in the country’s competitive schools and workplaces, parents must invest considerable time and money into schooling, extracurricular activities, and outside tutoring, often for college entrance and English proficiency exams.

One survey by the Shanghai Academy of Social Sciences in 2011 showed that families in Shanghai paid, on average, about 32,000 yuan (US$5,000) per year to raise a child. That may not seem like much, but in 2010, it equaled Shanghai’s average annual disposable income.

According to the same survey, 35 percent of parents in Shanghai said raising a child was a heavy burden, and 45 percent said they wouldn’t have a second one, even if policy allowed.

Child care and education expenses are in addition to the cost of living, which is rising rapidly in many urban areas of China. In addition, hefty expenditures for housing, especially in China’s major cities, can eat up money that would otherwise be spent on children.

Besides the financial requirements of having a second child, many Chinese women also have concerns over their career development after giving birth. Moreover, more couples are choosing to forgo having kids altogether, which would have been unimaginable under the family-centric Confucian value system.

Birth rates will likely remain low in China for the foreseeable future. Unless the situation changes dramatically, the country may even have to switch to promoting more prominent families, as Singapore and South Korea have done, instead of prohibiting them.