Unexpected Result of Prophecy: The One Who Ends Qin Is Hu 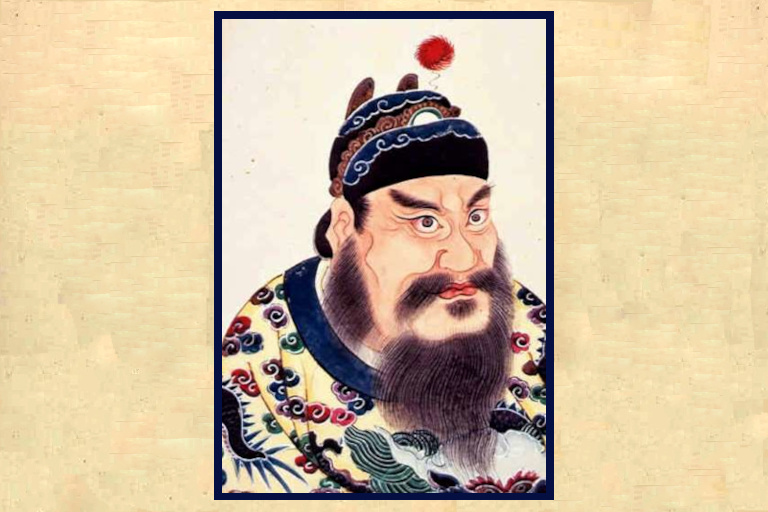 Qin Shi Huang, the first emperor of China and founder of the Qin Dynasty, received a prophecy predicting the downfall of the country he had established. (Image: Public Domain via Wikimedia)

Traditional Chinese culture contains extensive and profound wisdom accumulated over thousands of years, along with many accurate prophecies. Moreover, these prophecies have mysterious knowledge that precisely predicts the future, which seems unfathomable to people even today.

There have been many prophecy books, children’s rhymes, folk rhymes, or stone inscriptions circulating to foretell forthcoming good and bad luck, which are even recorded in the historical records of the past dynasties or the official history.

Since the Zhou Dynasty, prophecies have foretold the change of dynasties, the success and failure of persons or things, and the ups and downs of good and bad fortune. These predictions warn of a dynasty’s survival or downfall and alert people before the outbreak of disasters or wars.

Someone says that history can be seen in children’s rhymes. Looking back at the results of the fulfillment of prophecies in the last days of the dynasties, we can see that they served as warning signs for the earth-shaking changes that were to come. Although circumstances are constantly changing, it is as though the universe has a plan that can be seen if we review the projections in the prophecy books and children’s rhymes. Cause and effect lead people to the fulfillment of the Will of Heaven, and nobody can stop it.

A prophecy in the Qin Dynasty

At a time when China was just a collection of kingdoms, Qin Shi Huang set about conquering them all. His success ended the Warring States Period, and became the famous “First Emperor” in Chinese history, unifying the country and establishing the Qin Dynasty. He hoped that he could live forever and that the land he had found would also last forever. With these goals in mind, he sent Han Zhong, Hou Gong, and Shi Sheng to look for the elixir of immortality. In addition, he dispatched the well-known Taoist Lu Sheng, who was to attempt to gain insight into the regime’s future through divination.

According to The First Emperor Selections from the Historical Records, the Taoist Lu Sheng presented the result of his efforts, a prophecy known as “The One Who Ends Qin Is Hu,” to the throne in the 32nd year of Shi Huang. From then on, Emperor Qin Shi Huang had many sleepless nights filled with worry, and he began actively developing armaments and fortifications.

The First Emperor believed the “Hu” from the prophecy was the nomadic Huns. Since the Qin Dynasty was established, conflict with the Huns was never-ending. With the emergence of “Hu” in the prophecy concerning the end of Qin, the First Emperor became very wary of the Huns. So he commanded general Meng Tian to lead an army of 300,000 people to fight with the Huns, determined to hand them such a defeat that they would never again dare to attack.

Despite achieving success in combat and driving the Huns north, Emperor Qin Shi Huang still worried about the threat of “Hu.” So to defend against another attack from the Huns, he consumed many years using a workforce of hundreds of thousands of people to build the Great Wall that stretched for thousands of miles, hoping to block the possibility of the Huns fulfilling the prophecy and bringing an end to Qin.

After the First Emperor passed away, his son Hu Hai, known as Qin Er Shi, came to power. However, he was not as capable as his father, and the rising of anti-Qin forces would cause the termination of the Qin Dynasty just 15 years after it was established. Emperor Qin Shi Huang never expected that the “Hu” in “The One who ends Qin is Hu” was not his enemy, the Huns, but his son, Hu Hai.

The ancient Chinese realized that Heaven and Earth went hand in hand. Therefore, when a critical moment related to the fall of a country or of humankind approaches, there will always be warning signs. To avert the disaster foretold in the prophecy from Taoist Lu Sheng, Emperor Qin Shi Huang expended vast amounts of the nation’s strength and time. However, in the end, everything still progressed toward the direction arranged by Heaven.