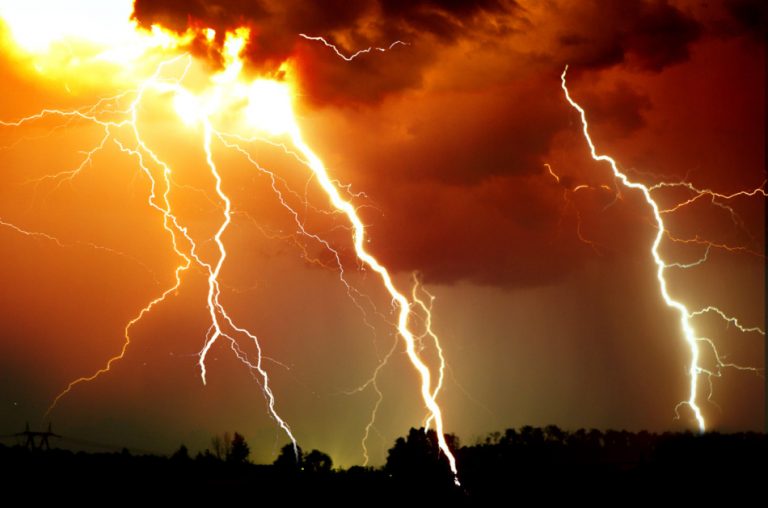 One evening, while in a dream state, a divine being told him: 'Tomorrow at noon, you'll be struck by lightning and will die.' (Image: Mulikov via Dreamstime)

Xiao, or filial piety, is an attitude of respect for parents and ancestors in societies influenced by Confucian thought. Filial piety is demonstrated, in part, through service to one’s parents. The following two stories are about filial piety.

Wu Er was an everyday person who lived in Linchuan County with his elderly mother. He constantly strove to do his best to aid his mother and to make her happy. One evening, while in a dream state, a divine being told him: “Tomorrow at noon, you’ll be struck by lightning and will die.”

Wu Er pleaded with the divine being, “My mother is old, and I need to look after her. Can my life be spared?” The divine being replied: “This is your destiny, and it is inevitable.”

Concerned that his mother would be frightened by what was about to happen, Wu Er got up early the following day. As he was preparing breakfast, he told his mother: “I have a special job to do, and I have to go away for a little while. Could you please stay at my sister’s house until I come back?” However, his mother refused to go.

Suddenly the room darkened. They peered through the window and saw a dark cloudy sky with loud claps of thunder overhead. Wu Er became even more worried that his mother would be frightened. He quietly closed the door and walked into the field to wait for the retribution. However, the dark clouds gradually dispersed, and the anticipated event did not happen.

Wu Er hurried back home and hugged his mother. He was still concerned that the danger had not been fully resolved and did not dare to tell her the truth. That night, Wu Er again encountered the divine being, who informed him: “Your filial piety touched the heavens, and the sins from your previous life were forgiven. You should serve your mother even more diligently.” After this second chance, Wu Er did care for his mother even more devoutly until she passed away.

A son moved a tiger

Xu Yipeng, also known as Jixiang, was born in Yindi County (located in the Eastern part of Zhejiang Province). He served his parents with utmost filial piety. However, since his family was poor, Jixiang had to leave home and go to the seaside to teach. One night, he had a strange dream. In the dream, he told his employer: “I’m afraid my father is ill.”

Upon awakening, Jixiang felt this dream was a bad omen, so he decided to return home as soon as possible. He pushed himself day and night with little rest. As night fell, he ascended a mountain when a tiger suddenly blocked his path.

He instinctively begged the tiger to let him pass and explained his haste: “I am in a hurry to go home because my father has an illness.” But, Jixiang calmly thought, even if the tiger bares its teeth at me, how can I be afraid of it?

The tiger seemed to understand and sensed Jixiang’s genuineness and urgency, so he quietly turned around and left. On his eventual arrival home, the family told Jixiang that his father was very ill and delirious.

As Jixiang stood at his father’s bedside, his father suddenly woke up and said to him: “My son, didn’t you just encounter a tiger on your way home?”

“I just had a dream where I encountered a man dressed in red clothing, who said to me: ‘Your life should have ended. However, your son’s pure filial piety moved a tiger that allowed him to pass unharmed. Therefore, I have decided to extend your life because of your filial son.'”

These two stories show children who embrace and practice filial piety bring blessings to their parents and themselves.

Translated by Wendy Huang and edited by Maria