Ancient Tale: The Importance of Severing Ties With Evildoers 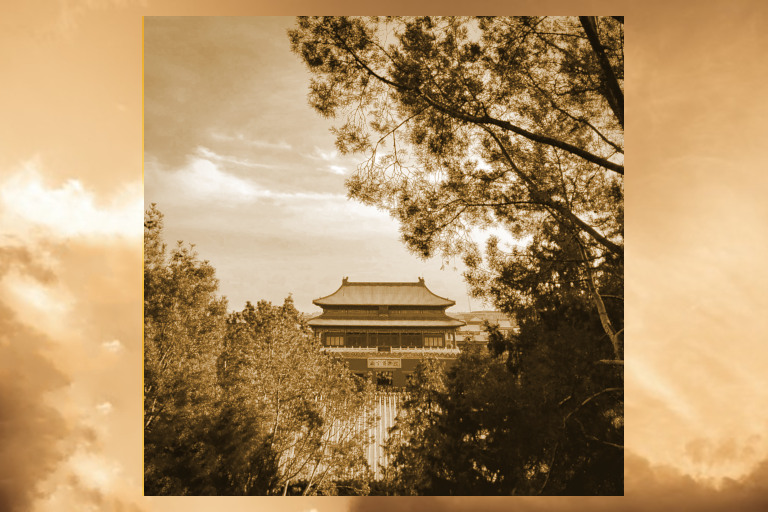 When a father was unable to stop his son’s corrupt behavior and tyrannical governance, he published a declaration severing all ties with him. (Image: via Nspirement composite)

A woman once recounted a true story to me from ancient times which was recorded in Dunhuang folklore. The tale provides a lesson for us all on the importance of integrity and severing ties with those evildoers.

Do the right thing

In a small village in ancient China, there lived a family with two sons. The eldest son was a very good student. His parents and younger brother worked hard and lived very frugally so they could provide money for his ongoing studies. He did very well on the national exams and was later appointed as a governing official in another locality.

People in the village were very happy for him and wished him well. As he was preparing to leave, his parents repeatedly advised him to act with integrity in his new role, and to genuinely care for the people he was serving. They also advised him to never be greedy or take ill-gotten gains, and to never indulge in pleasure. The eldest son listened carefully to their words and promised that he would follow their instructions.

As the saying goes: “Bad things travel thousands of miles.”

Along the way, they were shocked to hear even more stories about the eldest son’s corrupt behavior, tyrannical governance, and the growing resentment of the public toward him.

After traveling for several days, they finally arrived at the eldest son’s mansion. He was very surprised to see them, and he immediately sent someone to arrange a banquet. He also sent someone to inform his subordinate officials and the local wealthy businessmen of his family’s arrival, hoping to use the occasion as an opportunity to gain more gifts for himself.

Because there were guests at the banquet, the father and younger brother couldn’t say much to the eldest son. But once they returned to the mansion, the father expressed his concern, strongly advising him to stop doing evil deeds, and return to goodness.

He told his son: “You are being paid by the government, and the money comes from the people. While the common people may be easy to deceive and take advantage of, God in Heaven is hard to deceive. Please don’t lose your virtue and destroy your future. We may even be implicated by your wrongful actions.” When his son did not say anything, the father continued: “It’s not too late to repent and change your behavior.”

By now the eldest son had long grown used to hearing flattery, and so he found his father’s words rather unpleasant. Several days passed and the eldest son still would not listen, so the father and younger brother finally left in tears.

Before they departed, the eldest son prepared many gifts for the father and younger brother. Because they knew they had been wrongfully obtained, neither man would accept them.

As they were leaving, the father said to the younger son: “It is a shame for our family to have such a son. Our family has been good and we have caused no trouble. I’m afraid we must cut ties with your brother. We should stay away from such a wicked person, lest we be implicated in the future along with him.”

As they were about to leave the city gate, they saw a man who wrote letters for people. They stopped their carriage and told the man of their intention to cut ties with the eldest son. After hearing the story, the man was moved by the righteous actions of the father and son. He wrote two public notices for them and posted a note on each side of the city gate.

They then asked God in Heaven and passers-by to be witnesses to their statement, which read:

“My son is a government official, yet the people suffer under his rule. Thousands of miles we’ve traveled in order to advise him to be good. We are ashamed to say that after talking with him, we are returning home without results. For the sake of justice, we must cut ties with him. From this day forward, we will part from him and go our separate ways. Let this statement be our testimony before men and God.”

News spread quickly and many people learned about the situation. A few years later, the eldest son’s corrupt deeds were made known to the Imperial Court. After verifying his wrong deeds, the eldest son was arrested. Due to the seriousness of the case, the family was also implicated and the official in charge arrested them as well.

Some people who knew the inside story told the person in charge: “His parents and younger brother cut off ties with him a few years ago. In fact, the public notice they made is still posted at the city gate.”

When the person in charge heard this, he decided there was no connection between the eldest son and his family members, and so only the eldest son was arrested. He was put in a wooden cage, and while en route to the nation’s capital, the eldest son died.

When the parents and younger brother heard what had happened, they were heartbroken. They also realized that by cutting their ties with a bad person, they had saved their lives.

After the woman finished telling the story, she said: “No matter the person, party, or organization, as long as they do evil deeds, do not join them or associate with them. And if you have affiliated yourself with them, remove yourself quickly before it is too late.”

Heaven sees everything clearly, and sooner or later, everyone must be held accountable for their actions.