The Story Behind the Flying Dutchman Legend 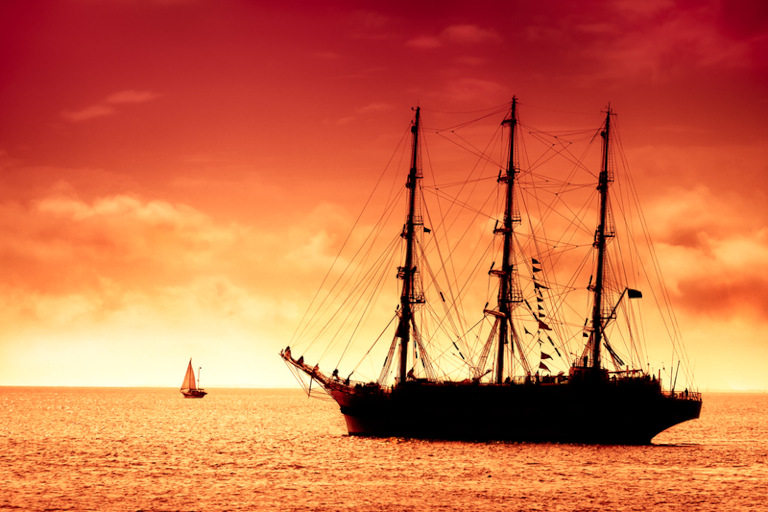 The Flying Dutchman is one of many ghost stories that sailors share and is still well-known even today. (Image: Rangpl via Dreamstime)

The Flying Dutchman is one of the grand stories of ghost ships. Where did it come from? Is there any truth to it? This is a tale that many sailors know by heart. Although it has many versions, one thing commonly shared is the belief that its sighting means misfortune or death.

If you’ve heard of The Flying Dutchman but want to know where it originated, read on to find out.

Like any ghost story, it’s important to ask where it all began. The story of The Flying Dutchman started with Captain Hendrick Van der Decken, and though there are many variations for where the story starts, most have the ship sailing in the vicinity of Africa’s southern tip.

On the journey, the captain spotted a location where he thought it would be good to create a settlement. In order to do so, the captain ordered the crew to sail around the Cape of Good Hope, which is where the trouble began.

How The Flying Dutchman turned into a ghost ship

While they were attempting to round the Cape, a powerful storm arose, making The Flying Dutchman’s crew fear for their lives. The storm was so bad that the crew tried to convince the captain to fall back. When the Captain didn’t listen, a mutiny broke out. Captain Hendrick Van der Decken was able to get rid of the leaders who instigated it and ordered the ship to stay its course.

The captain said nobody would go ashore until they rounded the Cape, even if it took ages. A voice from the sky thundered: “So be it.” The ship never reached the shore and reportedly sank in 1641.

How The Flying Dutchman turned into a bad omen

Shortly after, the story of The Flying Dutchman turned into a sailor’s tale. If any ship were to spot the ghostly apparition, it was said they would experience misfortune.

One of the most popular spottings was by the HMS Bacchante on July 11, 1881. This story is so popular because young Prince George, later known as King George the 5th, was aboard the ship.

Thirteen people reportedly saw a red light at 4 a.m. When they looked closer, it seemed to have a figure of The Flying Dutchman on it, but when they arrived at the place where the ship should have been, they couldn’t find a vessel.

A tragedy happened after the sighting. The first person who sighted The Flying Dutchman fell and died.

Another legend says a couple was on board The Flying Dutchman and that the captain of the ship took a fancy to the girl. The captain decided to get rid of the woman’s fiance, and this is where things started to go wrong.

One night, the girl disappeared, and legend dictates that the captain is doomed to sail forever until he can find a woman who agrees to marry him to break the curse.

Another story was that The Flying Dutchman was hurrying home and deliberately refused to save a sinking ship. The heartless act resulted in the ship being cursed, turning it into a ghost ship.

Yet another story is that the crew caught a disease and were refused treatment everywhere they went. Because of this, the ship was doomed to sail the seas forever.

What sailors think of The Flying Dutchman

Despite the differences in the stories, superstitious sailors believe that The Flying Dutchman misguides ships, resulting in their sinking.

Others don’t believe the tale and say that any sightings of a “ghost ship” are only mirages caused by heat on the water, like how heat creates figure-like reflections on hot asphalt.