The 5 Most Outstanding World Emperors 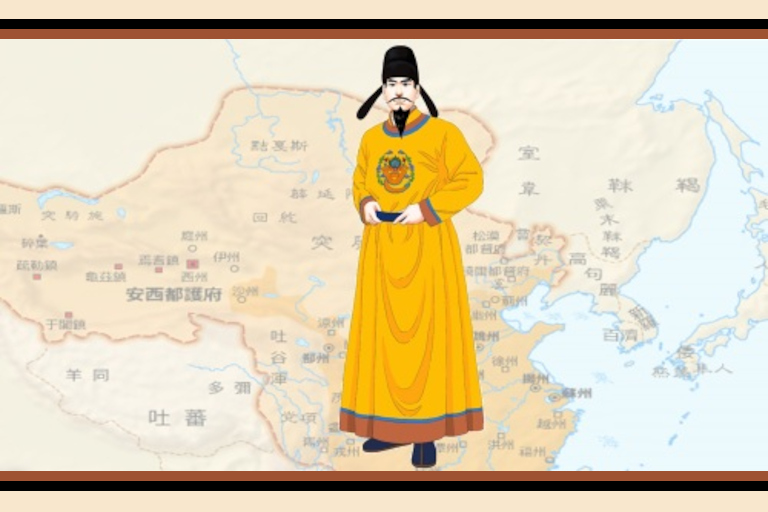 If we look at history books and compare the achievements made in all aspects of their reign, five men could be considered 'China's most outstanding emperors.' (Image: Hand-painted illustration by Zhiqing via Kanzhongguo)

The history of China spans 5,000 years, from the Xia Dynasty to the end of the Qing Dynasty. There have been more than a dozen dynasties in rotation and hundreds of emperors in one generation, including all the Ming kings and tyrants. If we look at history books and compare the achievements made in all aspects of their reign, five of these rulers could be selected as “China’s most outstanding emperors.” They are Liu Xiu, who became Emperor Guangwu of Han; Li Shimin, who became Emperor Taizong of Tang; Zhao Kuangyin, who was known as Emperor Taizu of Song; Emperor Kublai of Yuan, and Emperor Kangxi of Qing.

The Han Emperor Guangwu was a very kind and generous man, which is extremely rare among the founding rulers of all generations. The founding emperors killed many people to establish the prestige of their new dynasty, so there were many who followed the policy of first killing their enemies and then killing the heroes.

Liu Xiu broke this evil law. He built his kingdom on martial merit, but he also placed great importance on ruling in a civilized manner. He sympathized with the hardships of the people, advocated frugality, rewarded scholarship, and has been called the “most humane” of the emperors by historians.

Li Shimin, Emperor Taizong of Tang, was not only a famous politician and military man, but he was also a calligrapher and poet. Born in A.D. 599, he marched with his father Li Yuan into Chang’an and established the Tang Dynasty in A.D. 618, leading his troops into battle and contributing to the unification of the Tang Dynasty.

He ascended to the throne in A.D. 626 and proved to be open-minded in accepting advice. He practiced frugality and had a light hand when it came to imposing taxes and duties so that the people could rest and recuperate. This allowed the various ethnic groups to live in harmony and peace. He was a role model for future generations.

Li Shimin was able to win many battles with less, the classic one being the battle at Weishui where he single-handedly fought off 100,000 Turkic horsemen. Tang Taizong was able to appoint wise people, and he was quick to accept advice and change his ways. He treated his people as his family and made no distinction between Chinese and foreigners. He was a good emperor who was praised by the Chinese people for a thousand years.

The Song Dynasty was a dynasty free of eunuchs and foreign relatives attempting to exploit their positions or connections for personal power. It was the dynasty that was the most respectful of intellectuals, where the rulers exercised the most frugality, with the least murderous of ministers, while also being the most technologically advanced. All this had a great deal to do with the policies set out by Zhao Kuangyin, the Song Emperor, at the beginning of his dynasty. Zhao Kuangyin’s personal virtues were also commendable, and the story of how he rescued a young beauty and returned her to her hometown simply out of compassion is a well-known household story.

4. Kublai, Emperor of the Yuan Dynasty

When Kublai succeeded to the throne, he revolutionized criminal law, vesting all power of life and death in the Khanate, so that the governors of different areas could not simply kill someone without authorization. Anyone accused of committing a crime had to be thoroughly checked again and again, and only if the evidence was conclusive could he be punished.

During his reign, he led the Mongols to adopt the culture of the Han Chinese and followed the Han official system. The country was governed mainly by moral rule, supplemented by the rule of law. The laws enacted during Kublai’s reign were aimed at the entire population, from royal relatives to the common people, in order to maintain the overall dynastic order.

Kublai also organized public relief, often distributing food to the poor, which shows his wisdom. He also restored the spirit of reforming laws, for the sake of the country and the people, and it can be said that Kublai was also an indelible and wise monarch in history.

5. Kangxi, the Sage of the Qing Dynasty

Kangxi was the best of the five emperors the so-called “one emperor of the ages.” He was the best ruler, not only of China, but of the whole world, including emperors and presidents.

His military victories surpassed those of all emperors except Genghis Khan, and he ushered in a period of prosperity that was far greater and longer lasting than any other in history. He brought together almost all the virtues of all the good Chinese emperors, and rarely made the same mistakes they did.

He made many tours of the south, walking more than 10 miles on rugged paths in the bitter cold to inspect the first line of river works, so muddy that the magistrates accompanying him were discouraged from doing so. He was even the most gifted emperor and the longest-reigning emperor.