What India Is Doing to Reduce Man-Eating Tiger Attacks 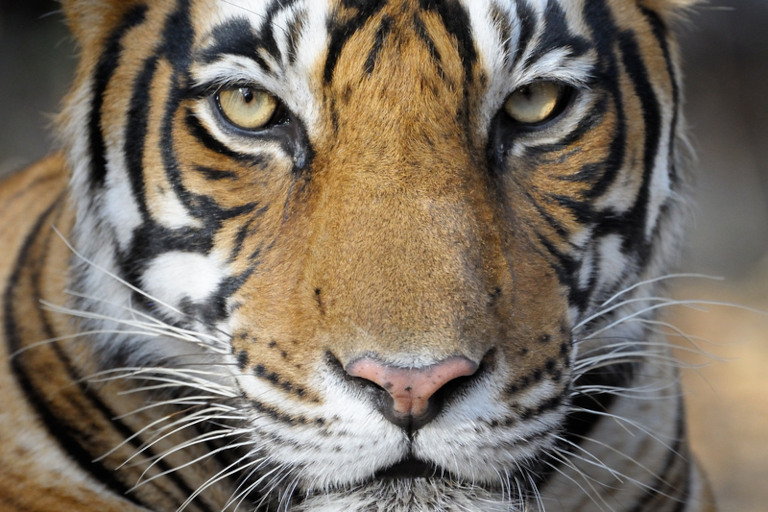 As the human population increases in India and settlements are spreading, the number of clashes between tigers and humans increases too. (Image: Andreanita via Dreamstime)

The tiger, India’s national animal, is admired for its grace, power, and beauty. The man-eating tiger is less common, but it is still respected by the locals in India. As the human population increases in India and settlements are spreading, the number of clashes between tigers and humans increases too.

The infamous Champawat tiger was a Bengal tigress that found its way into the Guinness Book of World Records for killing the largest number of human beings ever recorded, 436. She spread death through India and Nepal until she was shot dead in 1907 by a British hunter, Jim Corbet.

Sweet relief for the people of Kumaon and Nepal, but is there an end to India’s man-eating tigers?

What is a man-eating tiger?

Tigers rarely attack humans, and for decades humans have been the hunters. However, about 35-40 people are killed every year by tigers. Most of these attacks have been attributed to accidental encounters. But there are also those rare cases of “man-eater tigers” — tigers that have become good at hunting and consuming humans.

Tigers that act in self-defense don’t eat human flesh. In fact, tigers usually prefer prey like cattle or goats and only resort to killing and consuming humans when incapable of hunting their natural prey. But once a tiger eats humans in consecutive cases, it becomes a man-eating tiger. Nobody knows the precise number of tigers that eat humans. Still, it is a fact that not all tigers attack human beings, just a handful. Today, the man-eating tigers of Sundarban have gained this notorious reputation.

Most Indian locals are tolerant and respectful toward the mystic tiger. This approach has been dubbed “live and let live.” Such forbearance is also a natural value of the Muslim and Hindu faiths followed by most people in central India.

What happens to man-eating tigers

The “live and let live” point of view has allowed India to become the world’s greatest tiger habitat. Accounting for about 80 percent of all existing wild tigers, India has about 3,000 animals. Most Indians living in rural areas have a certain level of coexistence with these potentially life-threatening wild cats.

Gopamma, a middle-aged woman living near Bandipur Tiger Reserve, lost her husband in a tiger attack. Still, she feels no bitterness toward the tiger or the government that has failed to protect the locals. “This was my fate,” she said.

But this tolerance for tigers has been dwindling. Over the past 150 years, their numbers have fallen at an alarming rate. While tigers roamed freely across India hundreds of years ago, the arrival of the British Raj, firearms, and steel traps led to the number of tigers beginning to decline. About 80,000 tigers were killed between 1875 and 1925.

In 1947, there were about 40,000. But the first-ever tiger census in 1972 tallied the number at 1,827 tigers. That’s more than 30,000 tigers gone in three decades. Luckily, the Wildlife Protection Act in 1972 set up 29 tiger reserves. Their population increased in the 90s, but habitat encroachment, poisoning, and poaching led to another setback.

Over the years, the number of tigers has dwindled rapidly. For example, they were completely wiped out from Sariska Tiger Reserve by 2005 due to constant poaching and retaliation. The national and international outcry that followed this incident prompted India’s government to enforce laws to prevent poaching and revenge killings of tigers.

That’s why the government implemented a compensation program. For example, the Madhya Pradesh Forest Department’s compensation program requires that livestock killed by a tiger be paid for within a month of their loss. Initially, it could take more than six months to be reimbursed for your loss. And recently, in 2022, the Indian government increased compensation and reimbursement pay-outs for victims of tiger attacks.

But how do you balance human needs and wildlife conservation?

As mentioned, tigers incapable of hunting their natural prey may resort to becoming man-eating tigers. However, in cases of self-defense or accidental attacks, tigers don’t consume human flesh.

There have been efforts to reduce tiger-human conflicts for years. But these incidents may continue because of the increasing population of humans and tigers. Still, various forest departments are usually on high alert when locals report cases of man-eating tigers.

Forest departments usually patrol reported areas to reduce the possibility of another attack. They also gather evidence to try and identify the tiger or the circumstances behind the attack. The evidence may include photos from nearby camera traps, claw marks up a tree, feces beside the body, pug marks, or hair samples. In addition, they also keep track of old or ailing tigers and monitor “suspects.”

Once a man-eating tiger is found, it is either put down or moved to another place. This is the only way to make sure the villagers sleep soundly and retain the “peaceful” tiger-human existence.

“I laud all those who are actively working to protect the tiger. It would make you proud that India has 52 tiger reserves covering over 75,000 square kilometers. Innovative measures are being undertaken to involve local communities in tiger protection,” the PM said (The National).

Only some people support the conservation efforts of tigers. Still, some forest departments are doing great by involving the local communities. You may still hear cases of negligence, misappropriation, lack of compensation, tiger attacks, and retaliation, but the reservists are stepping up their efforts. There are also natural issues, such as loss of habitat and prey.

However, with reasonable compensation strategies, clear-cut boundaries, and human goodwill, future generations may still marvel at the graceful and elegant tigers.