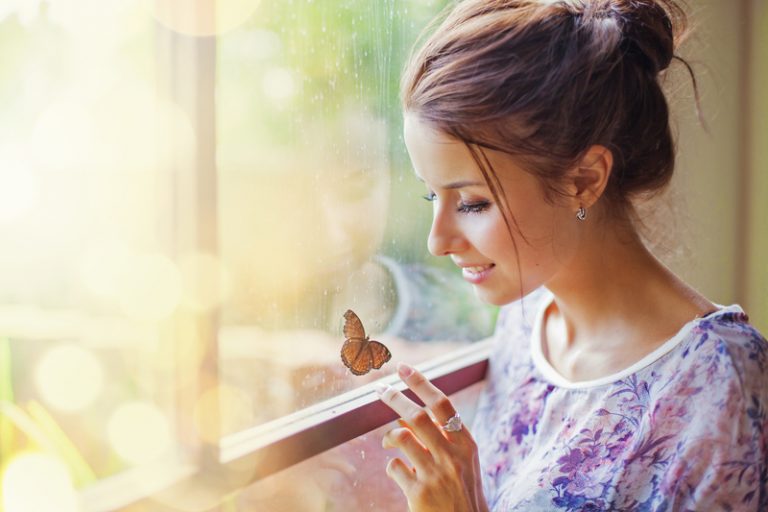 Many cases of reincarnation have been relayed by people from both Eastern and Western countries. While some accounts have been handed down from ancient times, there are others that have occurred in the modern day and age.

In recent years, there have been many cases of reincarnation. A medical doctor from Yale University, Brian L. Weiss, has written a book entitled Many Lives, Many Masters. This book contains a variety of case studies that provide evidence of how past-life regression can heal illnesses, phobias, emotional distress, and other conditions.

In 1980, 27-year-old Catherine, suffering from anxiety and fear, came to him for treatment. Dr. Weiss spent 18 months using traditional psychotherapy, but her symptoms did not improve. He then switched to hypnotherapy to try to uncover any injuries or trauma from her childhood, but he instead ended up uncovering a past life experience that led to the eventual resolution of her distress.

Catherine spoke under hypnosis without hesitation, and her descriptions of names, times, clothes, and trees were very vivid. It was clear that she was not imagining or making up stories and her thoughts and expressions were so different from her waking life that It was difficult to deny the authenticity of what she was describing. During a series of hypnotherapy sessions, Catherine remembered the past life experiences that triggered her symptoms in her present life and also conveyed some “soul entity” messages.

Dr. Weiss was shocked by the healing process she underwent and said: “My life has been completely transformed since I treated this patient.” He finally found the courage to compile this psychotherapy session into a book, which was unexpectedly very popular and aroused people’s curiosity and confusion about life, death, and reincarnation.

If it’s not predestined, you won’t meet

The Chinese say that encounters between people are due to fate, and there are those with whom you have good karma and those with whom you have bad karma. Some people have come to know all kinds of past lives through hypnosis and others have consulted with practitioners of spiritual disciplines who have the ability of “knowing fates” who can see what they have done in their past lives.

A woman once consulted a practitioner, complaining that her mother-in-law was always very harsh to her, and her husband treated her like ice. He never treated her with respect, thought she was ugly, and they had a hard time after marriage. In the beginning, it was her mother-in-law who insisted that her husband marry her, thinking she could help him achieve his career goals.

The practitioner had developed the ability of “knowing fates” and could see that the woman was extremely vicious in a certain life and killed her mother-in-law in front of her husband. It turns out that her treatment in this life is the result of a previous life, and that some of the suffering and happiness in the present lifetime originate from the causes planted in past lives. If you have a debt, whether it’s resentment or gratitude, those friends or foes from the past will come to find you for the repayment.

The reincarnation memories of a group of people

When the boy was little more than 1 year old, his family took him to the village to play. When he met the butcher, the little boy would cry and struggle desperately. This happened every time, but the family did not know why.

Once the boy was asked by his family, he told an amazing secret. It turns out that in his previous life, his grandfather’s family raised a big white pig. He gave a detailed account of the process of being hunted by the butcher. From then on, when people in their village saw the little boy, they simply called him “Little White Pig.”

Reincarnation is a common occurrence, but what is the ultimate purpose of reincarnation? Dr. Weiss once mentioned in his book that in everyone’s heart, there is a brilliant diamond with a thousand sparkling facets; only the number of clean facets varies. The task of the soul is to cleanse the dust-covered gem in the heart until the surface is crystal clear and the diamond returns to its original purity and brilliance.