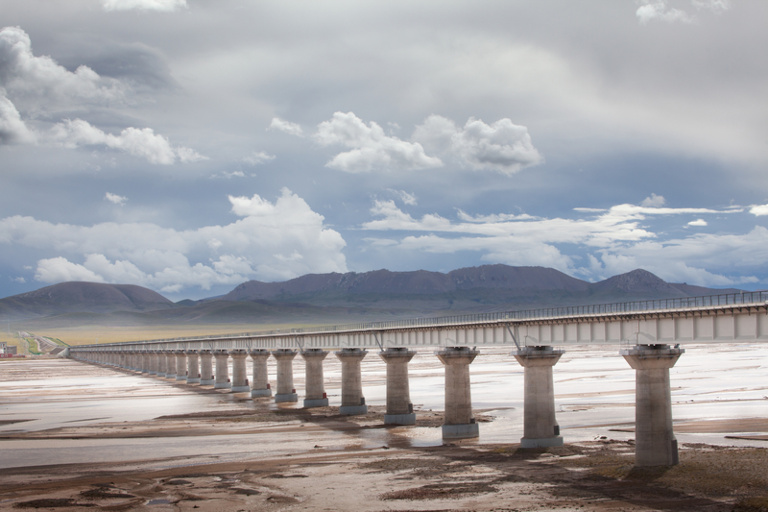 According to experts, the Yangtze River's current level is the lowest it has been in over a century. (Image: Wuwei1970 via Dreamstime)

The summer of 2022 has seen record-breaking high temperatures across China. As a result, receding Yangtze River waters have revealed three Buddhist statues. As water levels of rivers and reservoirs go down, historical treasures and archaeological relics emerge. Amid this drought, the water levels of the Yangtze River have immensely dropped, and in the process, revealed three Buddhist statues estimated to be at least 600 years old.

This trio of statues was submerged on the highest part of an island reef called Foyeliang. The island is located near China’s southwestern city of Chongqing. Based on the initial examination, experts have dated the statues to the Qing and Ming dynasties (1368-1644).

The relics were partially seen in 2020, but this year’s persistent drought revealed the complete picture. One of these incredible artifacts, which appears to have been carved into the rock, is a 3-foot monk sitting on a lotus pedestal.

What do the Buddhist statues mean?

In Buddhism, the lotus plant is considered pure because it is always clean when it emerges from murky waters in the morning. It is a plant associated with spiritual awakening, faithfulness, and purity. Also, Buddhist statues are believed to bring prosperity, good health, positive energy, and peace.

Niu Yiubing, who examined the statues in early August, believes they were carved to bless boats moving along the Yangtze River. Niu is an associate professor at the Chongqing Cultural Relics and Archaeology Research Institute.

As for the locals, the re-emergence of the statues is a refreshing surprise amidst the drought and scorching heat. One of the locals, Gu Yunfeng, who swam to the reef to see the statues himself, told Reuters: “I think this is precious. I don’t think we will see it again when the water level comes back. So I’m here to see it. This is the culture that our ancestors have left us.”

Is the Yangtze River drying up?

In August 2022, the Yangtze water levels were plunging fast due to the severe heatwave and drought that hit the country. Rainfall in the Yangtze basin decreased by about 45 percent since July, and the subsequent drought caused the river levels to fall by 5-8 meters (16-26 feet). According to experts, that is the lowest the river basin has been for over a century.

The receding water levels may have revealed beautiful historical relics, but the drought has had its harmful effects. The consequences of the Yangtze River drying up affect shipping routes, hydropower, and water supplies. The river also provides about half of the fish consumed in China and about two-thirds of the rice. Farming and industries along the river also contribute about 40 percent of the economy.

The province administration of Sichuan released a statement saying they were reducing the water supply to the local reservoirs by half. And hydropower-related issues also affected Province and the Chongqing municipalities. Due to this scarcity, Sichuan Province also temporarily restricted the electricity supply to several industries and thousands of citizens.

Besides the receding Yangtze River, around 66 rivers across Chongqing’s 34 counties have dried up.

Droughts are unearthing unexpected relics around the world

The three Buddhist statues are not the first to reemerge from underwater in China. Another Buddhist sculpture was discovered in Jianxi Province in 2017. It was also dated to the Ming Dynasty.

The unprecedented drought in Europe has also revealed similar underwater treasures. The Danube, another mighty river that flows from western Germany to the Black Sea, has seen its lowest levels in over 100 years. Hulks of several German warships sunk during World War 2 were seen in the river near Prahovo in eastern Serbia.

In Spain, another prehistoric relic was discovered after a dam dried up in the province of Caceres. Officially, the artifact is called Dolmen of Guadalperal, but it has been dubbed the “Spanish Stonehenge.” The ring of megalithic stones likely dates to 5000 BC. In the last century, this circle of stones has been accessible to archaeologists only four times due to rising and falling water levels.