How Does the Black Madonna and Green Man Ceremony relate to Yin-Yang? 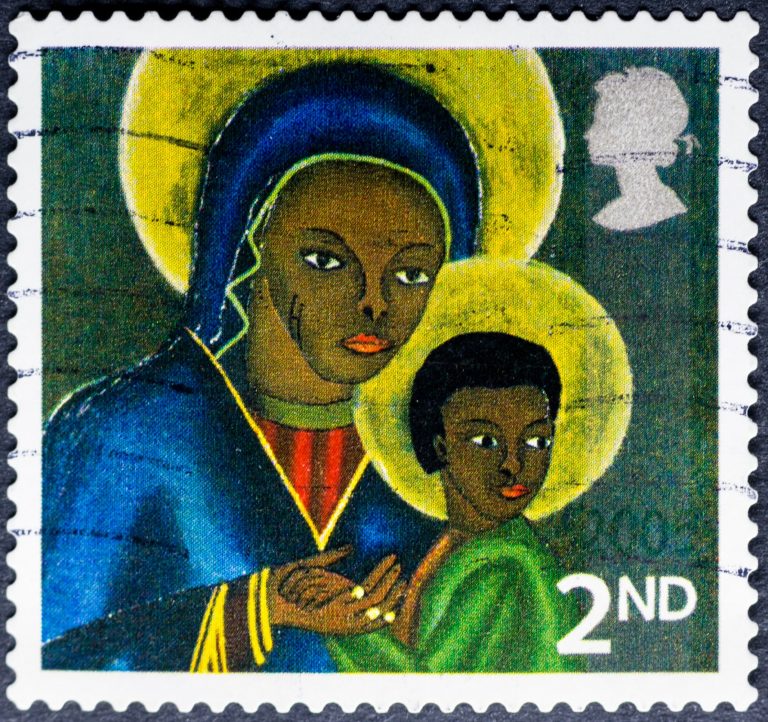 Images and frescos of the Black Madonna can be found in hundreds of Catholic churches across Europe and Latin America. (Image: Manuel Esteban via Dreamstime)

Constructing a Black Madonna and Green Man ceremony appears compelling to those to whom the Green Man and the Black Madonna signify a profound union of the masculine and feminine, light (photosynthesis) and darkness (the intimate and occult).

In this article, we’ll discuss the idea of the so-called sacred marriage ritual of the Black Madonna, the Green Man, and how it relates to the eastern concept of yin/yang.

By the time you finish this article, you will have a clear understanding of how ancient concepts that are common to all traditional cultures of the world find different ways of being expressed and symbolized to give meaning to everyday life according to the particular zeitgeist that prevails.

Who is the Black Madonna?

“The term Black Madonna or Black Virgin tends to refer to statues or paintings in Western Christendom of the Blessed Virgin Mary and the Infant Jesus.”

She remains one of the most mysterious and controversial religious icons to date.

The Black Madonna has a complex history that allows for many possible interpretations of what she means.

The Black Madonna as an African woman

The esoteric interpretation of the Black Madonna

To those who see a deeper meaning behind the symbolic appearances of things, the Black Madonna is associated with the Mother, Creator, and Protector of the Earth, a supreme advisor. Ultimately, the Black Madonna is believed to symbolize the message that life’s struggles have a spiritual meaning and purpose.

In other words, losing money or suffering physical pain are more than coincidences linked to mundane causalities of daily life. There is a deeper connection between everything that happens to us and our spiritual growth.

The Black Madonna is regarded as the personification of the Divine Feminine, the Earth Goddess, and the Mother of all people.

To those who revere her symbology, she represents the fertile womb, black and sacred, and transformation and change.

Too frequently, darkness or blackness is connected with the negative. But if seen in a dualistic way, darkness can also mean inward growth toward the unknown and transformation.

Therefore, it is understood by some that the Virgin Mother as a dark-skinned woman indicates grandeur and strength, a strong, lasting, and unbreakable love.

For many people who believe that these qualities are missing from modern society, the image of the Black Madonna is a critical modern icon, reframing the concept of duality between light and dark as a cheerful wizard in contemporary civilization.

As a “compassionate mother,” she symbolizes both the fertile land and the nurturing water.

She is also a symbol of nonviolent change.

The link between the Black Madonna and Egyptian initiate knowledge

Many ancient Greek texts report of a selected few who were allowed to be initiated in the secret knowledge of Egypt.

Egypt at one time, especially with the library of Alexandria in Ancient Egypt, was said to have held all the knowledge of man up until that point.

What many do not know is that in the deeper layers of Egyptian culture, the meaning of the hieroglyphs, was only passed down to knowledge keepers and those few initiated minds that speak to us in riddles from within the books of old.

Plato, Aristotle, and Isocrates were all said to have been educated or dramatically influenced by Kemetic priests and their philosophy.

“Later, when most goddesses were paired with a male aspect, Ma’at’s masculine counterpart was Thoth, as their attributes are similar. In other accounts, Thoth was paired off with Seshat, goddess of writing and measure, who is a lesser-known deity.”

Ma’at was Isis’ sister, and she and Isis worked together. She symbolized natural justice and order. For these reasons, the dark goddess is a good match for our times.

To many Christians, Mary is the heavenly mother of all. Like any good mother, she strives to satisfy her children’s needs, in truth and harmony.

In some Egyptian scripts, Ma’at carries a feather as the personification of truth, justice, and harmony.

She was considered the guardian of people’s aspirations and desires, and those who venerated her would be initiated deeper into heavenly secrets.

Maat or Mayet, thought to have been pronounced as (Muh-aht), was the Ancient Egyptian concept of truth, balance, order, law, morality, and justice, and was also depicted next to the image of her sister Isis.

It is interesting to note that there are bronze depictions of Isis holding her infant son.

Who is the Green Man?

The Green Man is thought to be a symbolic spiritual warrior who defends and protects Mother Earth and her animals.

He also represents the concept of compassion, and to illustrate his connection to the esoteric concept of the heart chakra, his color is green. In a certain way, the Green Man represents a masculine principle. There are many ways to give meaning to the abstract concepts and forces that govern our daily lives.

The ceremony and fusion of male and female

The Green Man is most typically shown in a sculpture or other portrayal of a face formed by or entirely encircled by leaves.

To those who see a connection between the male and female, the active and the passive, the light and the dark aspects of life, the marriage between the Black Madonna and the Green Man symbolized the fusion between the two base polarities in nature.

This union is considered to be the Black Madonna’s and the Green Man’s marriage.

The Connection between the concepts of the Trinity, the Black Madonna, the Green Man, and yin and yang

The fusion or dual connection between the esoteric meaning behind the Black Madonna and the Green Man is considered a symbolic marriage.

Using the concept of a marriage or a union between the two polarities, we can see that the eastern concept of yin and yang bears much resemblance to that of the union of male and female as symbolized by the marriage ceremony between the Black Madonna and the Green Man.

Just like in Western philosophy and theology, Chinese philosophy also has the concept of a trinity.

In Western Christianity, there is the concept of the Father, the Son, and the Holy Ghost, which govern all things and which are the root of all things.

In Catholicism, there is the trinity concept of the Father, the Holy Mother, and Christ.

In traditional Chinese culture, there is a concept of heaven, earth, and humans — also called the Three Elements.

Yin and yang and the book of Changes

The ancient Chinese emblem of yin/yang symbolizes the entire cosmos and the fundamental movement. Within it is thought to be sunshine (yang) and moonlight (yin).

The fundamental principle behind the transformations and divination interpretation of the trigrams inside the ancient Chinese book, the Book of Changes, is governed by the three elements.

The three elements of yin, yang, and man. Or put differently, Heaven, Earth, and man. Within this train of thought, the yin and yang principles govern the Heavens, while the principles of hard and soft govern the Earth, while man is governed by the virtues of benevolence and righteousness.

Even in Chinese traditional culture, there is a symbolic representation of the union or holy marriage between Heaven and Earth to bring forth man, like a holy child that is born.

This is a natural marriage in which the children thrive, and a living child is produced from a healthy combination of masculine and feminine, symbolizing the universal principle of family.

The concept that we all have male and female characteristics in us that strive to be harmonized is not a new concept.

It has been around in Daoism for thousands of years, where cultivators would practice self-improvement techniques with the goal of becoming one with the Dao, a true person.