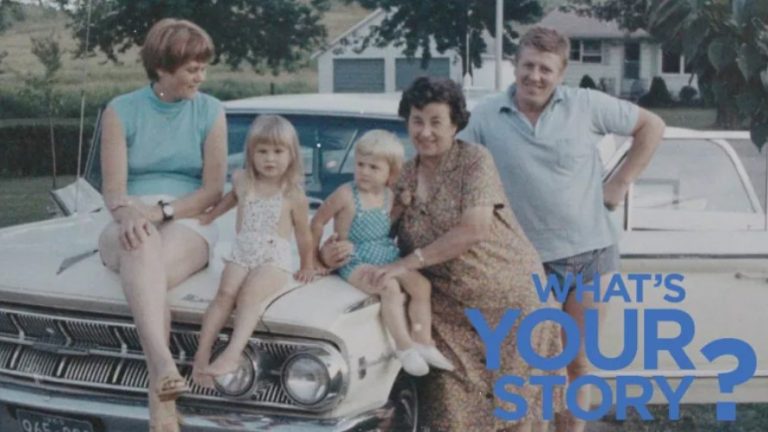 Squires (second from the left) and her family arrived in Canada in 1968. (Image: via Julie Squires)

Not everyone was born with a silver spoon on their plate. Some had to make drastic moves for their families and futures. Here’s the story of how Julie Squires’ family escaped from communism to Canada.

The story of Julie Squires is about how a family escaped communism in search of a better future. The future that they found was in Canada.

While communism still exists in some parts of the world, not many people realize how fortunate they are to live in a first-world country.

The story of Julie Squires shares how food was challenging to get in a communist country and how her grandmother was in shock and disbelief that food at a grocery store was real.

Where did Julie Squires come from?

Julie Squires was only a toddler and had a sister who was an infant when their parents decided to defect from Czechoslovakia in hopes of a better future. Czechoslovakia is now known as the Czech Republic.

In 1968, Julie Squires’s family set out on a frightening journey pretending to go to Austria, but trying to go elsewhere despite not knowing a word of English.

The Czechoslovak Republic’s communist regime did not allow its citizens to travel abroad to places like Canada or the United States.

The family decided to fake their vacation and go to Canada. Although the details weren’t reasonably described, one can only imagine how hard it was for them to move with two children, one toddler and one infant, with them.

Why did Julie Squires’ family move to Canada?

Julie Squires’s parents found the right to free enterprise in Canada to be the determining factor for moving there.

In a communist society, citizens cannot own property, land, and many other things. This meant that most people relied on rations and, as later described by her grandmother, which were not enough.

Her parents were given hope knowing they could own a house or car or go on vacations in Canada.

The situation was terrible in Czechoslovakia, and food was in short supply. Her grandmother and mother would have to line up in the cold to get a chance to acquire meat from a butcher shop.

The most heartbreaking news would come when they reached the window and were told that they had run out of meat and that people would have to stand in line again the next day.

Julie Squires’ grandmother and her thoughts on Canada

When Julie Squires’s grandmother was able to visit their family in Canada later on, she was shocked by how much food was in the grocery.

She kept asking if it was real and would even argue that it had to be made of plastic or replicas. The meats were on display, and food could be easily acquired, unlike where they grew up.

Julie Squires’ grandmother found it hard to believe that citizens had secure access to food; they even had options of what to purchase.

How Julie Squires’ parents saved up to buy a house

Both parents reportedly worked long hours to pay back the Canadian government for first lending them money for them to build their life there. Another inspiration for her parents to work hard was for their grandmother to visit and later buy a house.

Julie Squires’s family first lived in Ontario for a few years before visiting Calgary, Alberta. After the visit, their parents quickly fell in love with the city and province and decided to move.

The family moved to Calgary, where the father decided to open his own business. From escaping communism, they were finally in Canada and starting a business.

Her father opened a little shop where he sold and repaired typewriters and business machines. Outside of work life, the family loved to go camping, fishing, and hiking.

Julie Squires shares how she is a proud Canadian and highly grateful for her parents’ courage. Her family sacrificed a lot and even took the risk of escaping in search of a better life.

Her story is about how a family took a significant risk to escape communism and was able to save their family while providing them with better opportunities for the future.