The Legendary Story of the ‘Flying Tigers’ Commander, General Chennault 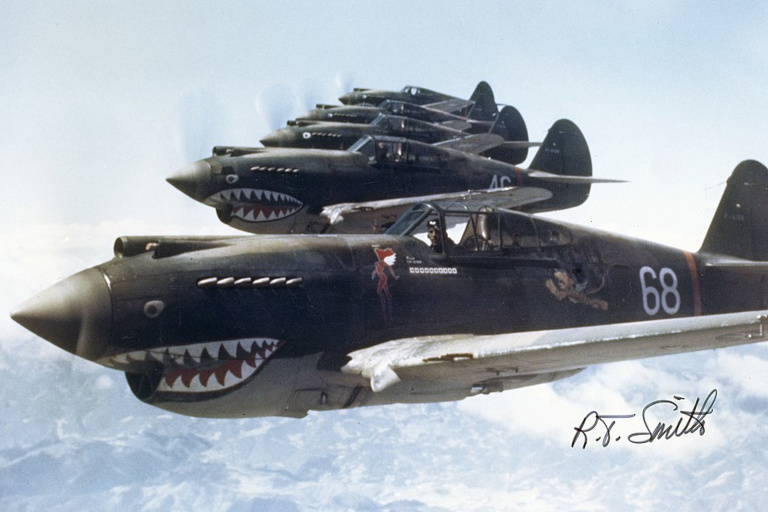 Chennault, leader of the American Volunteer Group that became known as the 'Flying Tigers' was one of the most popular Westerners in China during World War 2. (Image: Public Domain via Wikimedia)

During World War II, Claire Lee Chennault was the first Western man who voluntarily fought for China out of sympathy for China and anger towards Japan. The eight years from 1937 to 1945 that he stayed in China were critical to the Chinese people.

Up to that point in history, the treatment of the Chinese people by armed Westerners had been quite different. Just to give a few examples, British and French Allied Forces pillaged the Old Summer Palace and then burned it to the ground during the Second Opium War and the Eight-Nation Alliance invaded China, putting a stop to the Boxer Rebellion, after which the Western troops looted Peking. When Chennault and his Flying Tigers willingly fought alongside China, it was a first in the history of East-West relations.

Unlike Westerners in the past, they didn’t make the Chinese bleed, but instead shed blood for the Chinese. They didn’t rob China’s initially scarce goods. Instead, they transported more than 700,000 tons of strategic materials desperately needed into China via the most dangerous waterway on earth. They didn’t molest Chinese women. Instead, they married them out of love that transcended race, national borders, and cultural barriers.

Chennault became one of the most popular Westerners in China because, inspired by his genius command and fearless spirit, the American Volunteer Group of pilots who became known as the Flying Tigers brought down a large number of Japanese planes, saving millions of Chinese lives. The Sino-U.S. friendship that developed between the more than 1,000 young pilots of the Flying Tigers and the Chinese people was solemn, stirring, and magnificent.

Chennault, an American soldier who teamed up with China for eight years, experienced considerable bloodshed and death. He had a predestined relationship with China and gave the following testimonial:

“I think that I contributed somewhat to relieving the threat of Japanese airstrikes, and eliminating the enemy’s air force is my source of happiness. In addition, it’s something to be proud of, fighting alongside the Chinese army. The bravery, enthusiasm, and patriotism shown by the Chinese people in the face of difficulties always inspired us to fight against our common enemy.

“When I decided to come to China eight years ago, I was a stranger. However, as soon as I set foot on Chinese soil, I immediately embraced Chinese friendship. The most precious manifestation of the friendship was that they ceaselessly delivered us information about an American pilot whose plane was shot down and waiting to be rescued in the Japanese military-occupation area.

“I hope China is powerful and united, as only unified people can overcome difficulties. I have had such a close relationship with China, sharing weal and woe, that I should be considered half-Chinese. So, I eagerly hope that the emblem of the Flying Tigers can be highly hung forever, and please remember that it is a symbol for the two nations across the Pacific Ocean striving for their common goals in wartime and peace.”

The heroic spirit and manliness of Chennault and the Flying Tiger heroes were exactly in line with China’s ancient tradition of heroism. No wonder the Chinese particularly admired, praised, and rewarded it.

At the time, when rescuing the American pilot, several Chinese farmers threw him a bottle of beer. Half a century later, American soldiers repaid them with a crate of beer, which simultaneously verified the oriental virtue: “The grace of dripping water should be reciprocated by a gushing spring.”

As a man and hero, Chennault also had an enviable yet tragic fate. Due to discord with American Military Attaché Joseph Warren Stilwell, he was relieved of his post before the end of the war. Nevertheless, he won the Order of Blue Sky and White Sun Medal, the highest honor in the Chinese anti-Japanese War, and was grandly sent off by hundreds of thousands of Chinese people. The Flying Tigers general was most eligible to attend the Japanese surrender ceremony, but he was forced to return home through Egypt.

Due to his special friendship with Chiang Kai-shek and his wife, Chennault has been marginalized by the Chinese Communist regime for a long time. As a result, the only statue paying tribute to him is not to be found in mainland China, the place closest to his heart, but in Taipei, with which he was utterly unfamiliar.

In the Washington National Cemetery, Chennault is the only person distinguished by having both Chinese and English inscriptions on his gravestone. In the end, the American military and all of society recognized him as a great hero of World War II, and his comrades and subordinates also received a triumphant welcome in China.