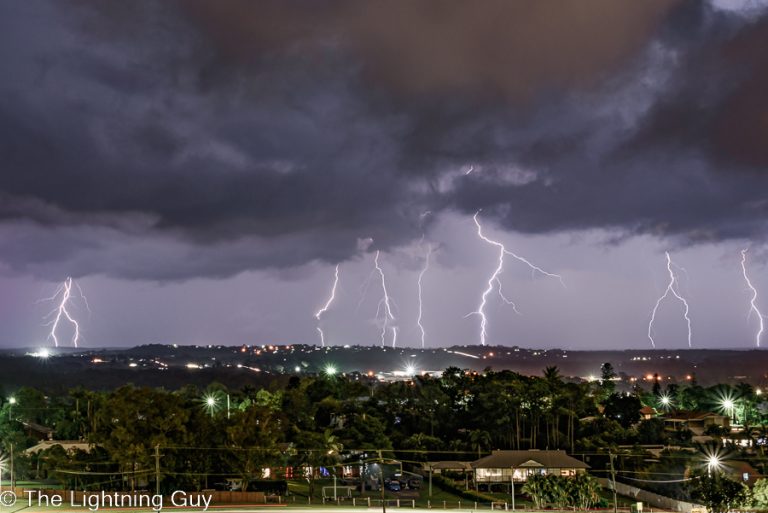 The chances of being struck by lightning are less than one in a million, but those odds shortened considerably this month when more than 4.2 million lightning strikes were recorded in every Australian state and territory over the weekend of November 12-13. (Image: Troy Oakes via The Lightning Guy)

The chances of being struck by lightning are less than one in a million, but those odds shortened considerably this month when more than 4.2 million strikes were recorded in every Australian state and territory over the weekend of November 12-13. When you consider that each strike travels at more than 320,000 kilometers per hour, that’s a massive amount of electricity.

Why does lightning zig-zag and how is it connected to thunderclouds?

Ever wondered about lightning? For the past 50 years, scientists around the world have debated why it zig-zags and how it is connected to the thundercloud above. There hasn’t been a definitive explanation until now, with a University of South Australia plasma physicist publishing a landmark paper that solves both mysteries. Dr. John Lowke, former CSIRO scientist and now a UniSA Adjunct Research Professor, says the physics has stumped the best scientific minds for decades, adding:

“There are a few textbooks on lightning, but none have explained how the zig-zags (called steps) form, why the electrically conducting column connecting the steps with the cloud remains dark, and how lightning can travel over kilometers.”

Why is this understanding important?

“We need to understand how lightning is initiated so we can work out how to better protect buildings, airplanes, skyscrapers, valuable churches, and people.”

While it is rare for humans to be hit, buildings are hit many times, especially tall and isolated ones (the Empire State Building is hit about 25 times each year). The solution to protecting structures from strikes has remained the same for hundreds of years. A lightning rod invented by Benjamin Franklin in 1752 is basically a thick fencing wire that is attached to the top of a building and connected to the ground. It is designed to attract a strike and ground the electric charge, saving the building from being damaged. Dr. Lowke said:

“These Franklin rods are required for all buildings and churches today, but the uncertain factor is how many are needed on each structure.”

There are also hundreds of structures that are currently not protected, including shelter sheds in parks, often made from galvanized iron and supported by wooden posts. This could change with new Australian lightning protection standards recommending that these roofs be grounded. Dr. Lowke was a committee member of Standards Australia recommending this change, saying:

“Improving lightning protection is so important now due to more extreme weather events from climate change. Also, while the development of environmentally-friendly composite materials in aircraft is improving fuel efficiency, these materials significantly increase the risk of damage from lightning, so we need to look at additional protection measures. The more we know about how lightning occurs, the better informed we will be in designing our built environment.”

Provided by University of South Australia [Note: Materials may be edited for content and length.]