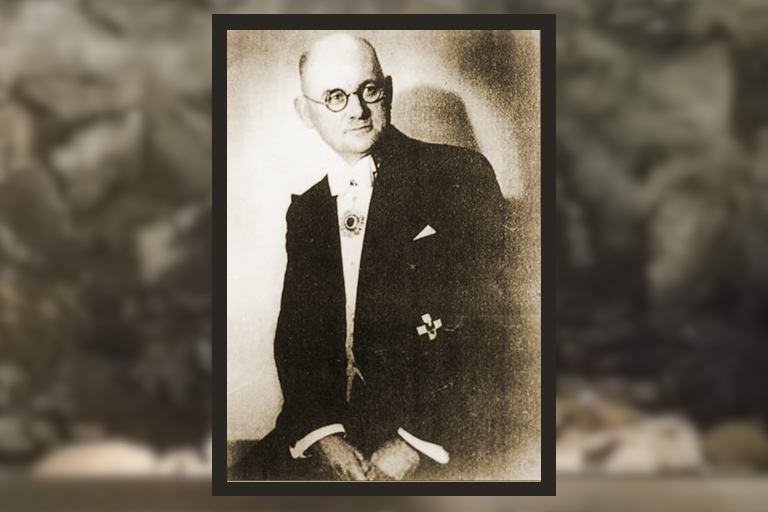 John Rabe, a German businessman, is known to the world for setting up a safe zone during the Second Sino-Japanese War in China (1937-1945) and saving 250,000 Chinese people. (Image: DrSivle via Wikimedia)

John Rabe, a German businessman, is known to the world for setting up a safe zone during the Second Sino-Japanese War in China (1937-1945) and saving 250,000 Chinese people. But a choice he made caused him to regret his lifestyle.

John Rabe was born in a traditionally Christian family in Hamburg, Germany. His father was a captain. John was baptized as a child and was deeply influenced by the basic teachings of Martin Luther. He had faith in the Ten Commandments and the principle of loving the world presented in the Old Testament. He believed that he should love everyone around him just like loving God, which had a significant impact on his life.

Aged sixteen, John left school after his father’s death and started working as a clerk at an exporter’s company. Because of his humility, righteousness, outspokenness, and helpful personality, his boss recommended him to work for a prestigious British foreign company in Mozambique, Africa, where he learned a good command of English and international business ability.

When John Rabe was a child, he often heard his father talk about his travels in China and admired the Chinese artworks his father brought back. So he went to China to do business in 1908 and was employed by German Siemens in China. After living in China for a few years, he learned more and more about China’s broad and profound traditional culture and fell in love with this place, so he settled in China.

In 1917, the prime minister of the Beiyang government, Duan Qirui, declared war on Germany. At that time, John Rabe, who was in China, was forced back to Germany. But he returned to China three years later. In 1931, he was promoted to the position of manager of the Nanking branch of Siemens. The situation in Germany and the world changed a lot during this period. Hitler, the leader of the Nazi Party, became the head of Germany.

John Rabe was a patriot. He had stayed in China for a long time, so he knew nothing about the atrocities of the Nazis as news then was not instantly available as it is today. He thought that Hitler contributed to the German economy. In 1934, he built a German school in Nanking. According to the regulations at that time, he had to be a member of the Nazi party before he could apply for subsidies for teachers and teaching funds.

In his ignorance, John joined the Nazi party in 1934, which paved the way for his future sufferings. In July 1937, the Japanese army began to invade China thoroughly, and by December, it had reached Nanking City, the capital of China at the time. At the time, most foreigners chose to flee. Yet, John Rabe felt his duty was to stay and protect the Chinese people. His greatest concern was not his safety but that of the refugees in the city.

He established the “International Committee for the Nanking Safety Zone” along with more than a dozen foreign missionaries, university professors, doctors, and businessmen. As a German, he could use his nationality to negotiate with Japan, which was allied with Germany, so he assumed the role of chair of the committee.

After the Japanese army captured Nanking, they began to burn, kill, and loot, committing crimes and atrocities and repeatedly breaking into the safety zone. To show evidence and protest at the Japanese embassy, John Rabe initially recorded the events in a diary and listed the names and troop numbers of the intruders.

To accommodate hundreds of women, John Rabe vacated his house and displayed a large flag of the German Nazi Party outside so that the Japanese did not dare to bomb the residence. He spent his time personally responsible for delivering food, negotiating with the Japanese military, and prohibiting Japanese soldiers from entering the safety zone.

John also inspired the refugees in the safe zone, giving them the confidence to live. John Rabe’s courage and generosity won everyone’s admiration. Even the Japanese, who he had boycotted, showed him respect.

In February 1938, under the strong intervention of the Japanese military, John Rabe was forced to leave Nanking and return to Germany. However, because of his efforts during that period, 250,000 Chinese were spared.